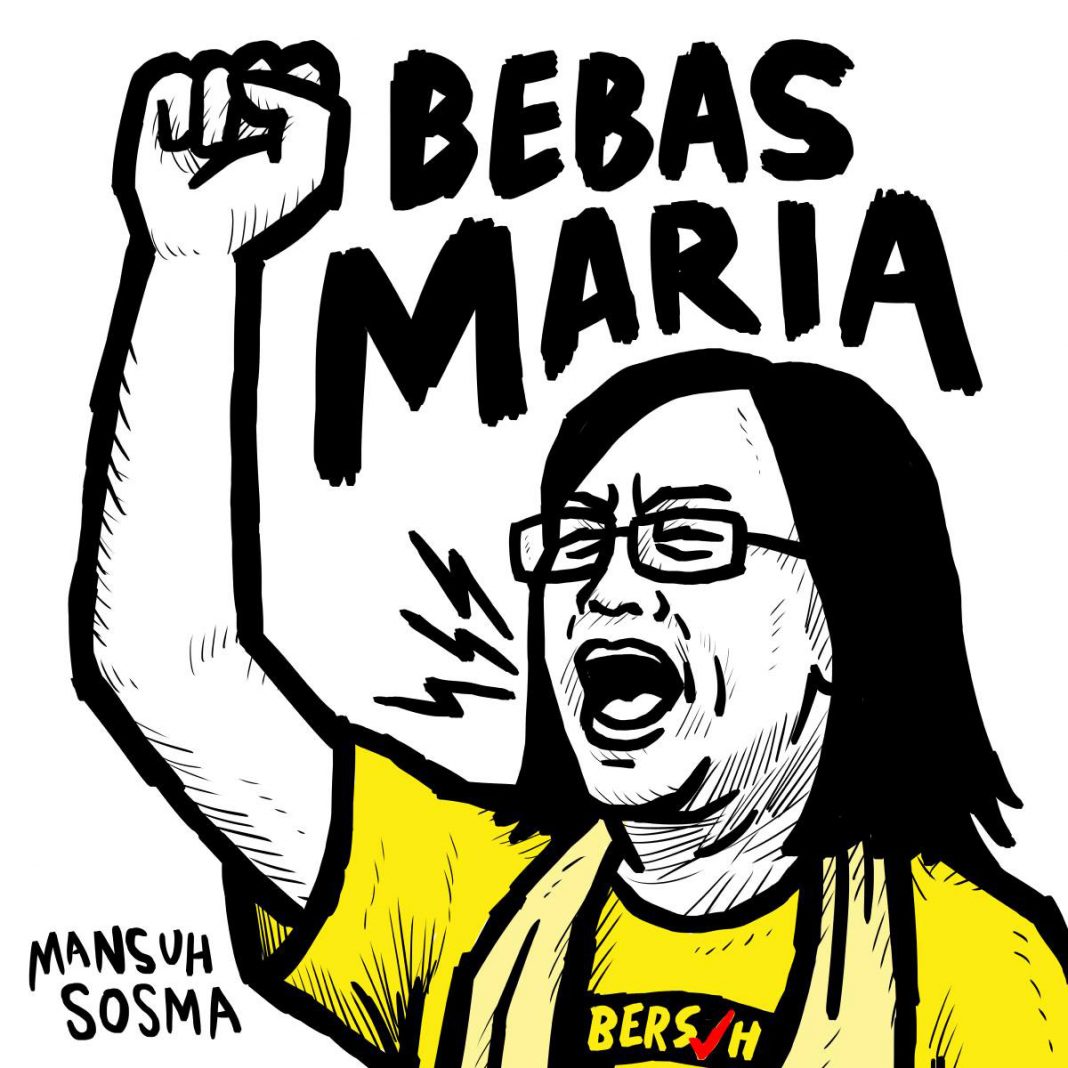 Far from being anybody’s agent, Maria has always been her independent self, with the courage of conviction and a deep devotion to the cause of serving her motherland, writes Toh Kin Woon.

On the eve of the massive Bersih 5 rally on 19 November in Kuala Lumpur, Maria Chin Abdullah, chairperson of Bersih 2.0, which organised the rally, was detained under the obnoxious Security Offences (Special Measures) Act, more commonly known by its acronym Sosma.

Since her detention, there have been outpourings of support for her by patriotic Malaysians concerned about the current dismal state of the country’s institutions of governance. However, there are also attempts to demonise and derogate her, the latest coming from Umno’s information chief.

The massive support both for Maria and all the massive rallies from Bersih 1 till the recently concluded Bersih 5 is not without basis. Malaysians want clean and fair elections, good governance that is bereft of corruption and abuses, and the right to dissent institutionalised.

Indeed, Maria has for long been involved in struggles for all these good causes. As a close friend and fellow member of the Bersih 2.0 steering committee, I can vouch for this.

I first met Maria more than a decade ago. We were then involved in the national campaign against the privatisation of health care services.

Later, after I was roped into the steering committee of Bersih 2.0 in 2009, I had the honour and privilege of working with both her and Ambiga Sreenavasan, the then chairperson. Together, they displayed fine, courageous and exemplary leadership that brought Bersih 2.0 to be the lead movement for clean and fair elections.

Support the struggle to build a Malaysia based on Justice, Freedom, Solidarity:
READ MORE:  Police must not use Sosma, even against their own

After Ambiga stepped down, it was the popular position of all participating NGOs that Maria should helm Bersih 2.0. Working together with her in the steering committee has been an inspiring experience. She showed commitment to the cause, allowed plenty of space for dissent, yet never steered away from the line of struggle for an electoral system that is clean, free and fair.

Prior to her involvement in Bersih and since her return from her further studies in the United Kingdom, Maria has been engaged in a broad range of good causes.

One is to serve the poor, the marginalised and the deprived. Her opposition to the increasing privatisation of health care, which if implemented would deprive the sick and poor of a key and vital social good, is a clear manifestation of this progressive orientation of hers.

To me, what is most impressive of Maria is her courage of conviction. She never yields to power exercised by the federal government that is both corrupt and abusive. When her late husband Yunus Ali was detained, along with a 100-plus others in 1987 during Operasi Lallang, under the equally obnoxious Internal Security Act (ISA), Maria campaigned for their release.

Since then, she has been fighting continuously for greater democratic space, the right to dissent, one of the five demands of Bersih, and against authoritarianism.

Toh Kin Woon was formerly an academic at Universiti Kebangsaan Malaysia, a three term state assembly member and Exco member in Penang, and currently Fellow at the Penang Institute.