Suara Rakyat Malaysia (Suaram) is disappointed with the decision reached by the court in the prosecution of police officers that allegedly caused the death of N Dharmendran in police custody.

In April 2016, the Enforcement Agency Integrity Commission (EAIC) delivered a substantive report on the death of N Dharmendran. The report’s findings suggest that some police officers were directly or indirectly involved with altering documentation and evidence relating to Dharmendran’s death.

Further, the report also highlighted the weak links in the operating procedures of the Royal Malaysian Police on custodial death and recommended action to be taken against the officers responsible for illegally altering the documentation and records relating to Dharmendran’s detention.

In the light of the availability of clear evidence indicating complicity, it is of paramount importance that criminal sanctions be made against all those responsible for causing death Dharmendran’s death. With the clear evidence of physical violence against the deceased, failure to prosecute would be a travesty of justice.

If the prosecution is incapable of producing sufficient evidence for a charge of murder, the prosecution must re-evaluate its approach to the case. To this end, Suaram calls for the prosecution to seek an appeal against the decision by the courts and ensure that justice is done.

SuaramM reiterates our previous call for the prosecution of other officers who were complicit in altering the evidence relating to Dharmendran’s death and to ensure that all who were involved with the case will not escape justice. 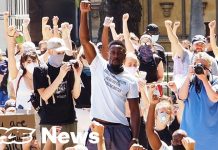 George Floyd, the social contract – and solidarity in the struggle for justice 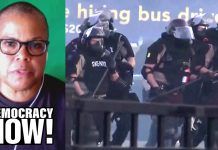 How racism, racial terrorism fuelled nationwide anger in US