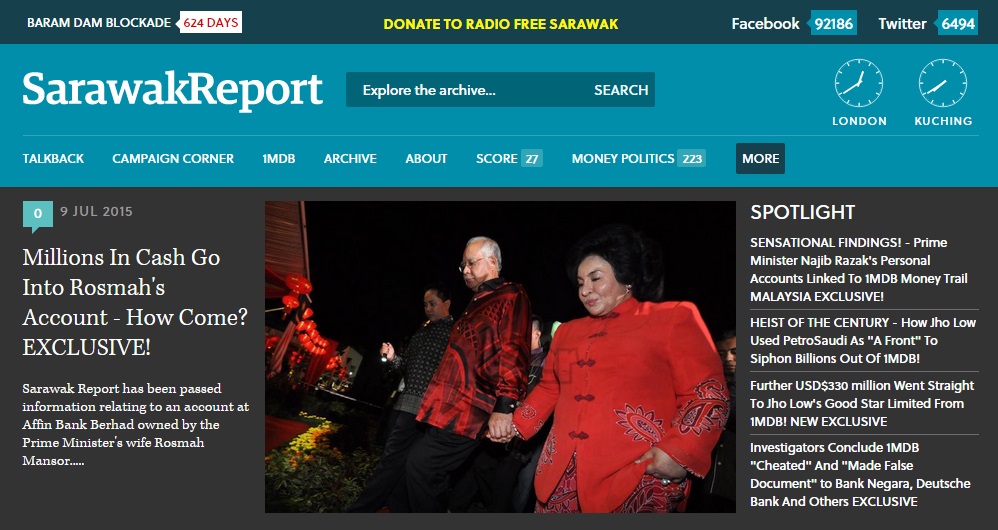 The real crimes and criminals do not come from all these websites but are out there in the streets and within the government, says WH Cheng.

Recently, the Malaysian Communications and Multimedia Commission (MCMC) decided to block two influential websites which have been critical of the BN government.

The block took place after these two websites published a kind of “warning” letter from Bank Negara Malaysia to Tabung Haji over some kind of alleged “fund mismanagement” in the organisation.

The MCMC said the two websites were blocked because of the words and statements published were against  law and order.

We would like to ask the BN government, is reporting or exposing a crime against the law? Why are the authorities apprehending the person who reported or exposed alleged criminal elements within an organisation or the government and not going after the culprits who allegedly abused their powers and took public funds for their personal interests?

We also noticed that the BN government has been very sensitive over reports of misdeeds, mismanagement, abuse of power and corruption which have been made public. In many of these occasions, some BN leaders had even vowed to get the authorities to go after those who had reported these criminal elements instead of acknowledging the situation and apprehending the culprits who had drained public funds.

Such monstrous tactics are not recent. Previously, the Heat, The Edge, The Malaysian Insider, Malaysiakini, Sarawak Report and other news portals too experienced pressure and harassment from the authorities over their reports and exposes on the misuse of public funds by certain leaders or public figures within the administration.

We wish to remind the security apparatus under this BN government that real crimes do not come from all these websites. The real crimes and criminals are out there in the streets and possibly within the government trying to amass their fortunes by swindling public funds under our nose.

Stop wasting time and public resources over these civic-minded websites and go after all those real criminals instead.