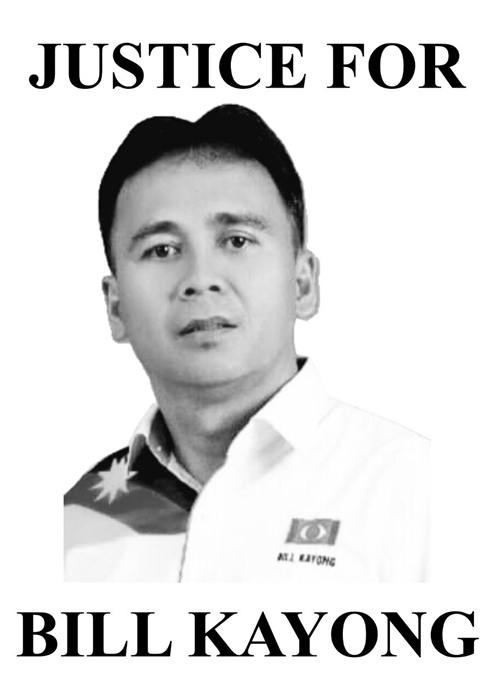 Global Witness is shocked and deeply saddened by the murder of Bill Kayong, a dedicated land rights activist and member of the opposition party in Malaysia’s Sarawak state.

Kayong was reportedly gunned down in his car yesterday morning. The campaign group is calling for a full and impartial investigation into those behind his murder.

“The brutal slaying of land rights champion Bill Kayong shows the risks faced by activists in Sarawak who stand up to the powerful interests behind land grabbing and environmental devastation,” said Rick Jacobsen of Global Witness.

“This tragic killing comes the day after Global Witness released a report documenting the dramatic increase in the murder of activists like Kayong around the world. The Malaysian authorities must take swift action to identify those responsible and bring them to justice.”

Kayong was a member of indigenous NGO Persatuan Dayak Sarawak (Pedas) and had long been working with indigenous villagers trying to protect their rights to their customary land after it was handed out by the Sarawak government to an oil palm company.

A village leader, Tuai Rumah Jambai, has been subjected to repeated violent attacks, but the Sarawak government has failed to fully investigate and prosecute those responsible.

Sarawak’s Chief Minister Adenan Satem has made public commitments to work constructively with civil society and crack down on illegal activities in the state’s notoriously corrupt forestry sector. But evidence increasingly suggests his words are not being backed by action. His government’s reaction to this latest tragedy will be telling.