Following the repeal of section 27 of the Police Act 1967, the concept of illegal assembly no longer exists and peaceful assemblies cannot be banned, asserts Hasmy Agam.

In anticipation of the proposed Bersih 4 peaceful assembly to be held on 29 August 2015, the Human Rights Commission of Malaysia (Suhakam) advises all parties concerned, including the organisers, authorities and public to fully respect and strictly adhere to the principles of the right to freedom of peaceful assembly which is a constitutional, political and fundamental human right.

The commission refers to the recent statement by the deputy home minister in that the police were right to ‘ban’ the Bersih 4 assembly, and the decision of the Royal Malaysia Police as reported in The Star on 21 August 2015.

The Commission emphasises that following the repeal of section 27 of the Police Act 1967, the concept of illegal assembly no longer exists in law, and accordingly, cannot be banned. As such, an assembly is to be considered peaceful if its organisers have clarified that its intentions are peaceful and have duly conveyed them to the authorities.

Consequently, the authorities not only have an obligation to protect peaceful assemblies, but should also take measures to facilitate them and to comply with the many international human rights standards on the freedom of assembly, as this right is protected constitutionally in Article 10 of the Malaysian Federal Constitution. The same right is enshrined in Article 20 of the Universal Declaration of Human Rights (UDHR) as a fundamental freedom.

While it is acknowledged that the police have a vast range of statutory powers and duties in relation to the policing of protests, these must not seek to prevent, hinder or restrict a peaceful assembly except to the extent allowed by the Peaceful Assembly Act 2012 (PAA).

The Commission reiterates that any restriction must be lawful and in pursuit of a legitimate aim such as in the interest of the security of the country or public order or the protection of the rights and freedoms of others. However, the burden is on the authorities to provide convincing and compelling reasons to justify an interference with this right and to demonstrate that any interference would be proportionate.

The Commission once again stresses the importance of genuine dialogue, including negotiations, between the authorities and organisers in order to ensure the smooth conduct of the impending public assembly, and repeats that opposition to an assembly is not good reason to impose prior restrictions on it.

Similarly, the Commission advises members of the public and participants of the peaceful assembly to:

The Commission also calls on the organisers of the peaceful assembly to fully cooperate with the authorities, in particular the PDRM, to ensure that the participants in the assembly comply with the law and the terms of the submitted notification. In addition, the organisers are urged to discuss and agree on the security and public safety measures that will be put in place prior to and during the event.

The Commission is confident that the proposed assembly can be conducted in a peaceful manner if these guidelines are adhered to in good faith by both sides and in a spirit of mutual trust and confidence, thereby strengthening further an important attribute of a fully-functiong and vibrant democracy that we all aspire to.

In carrying out its mandate, the Commission will be monitoring the planned Bersih 4 assembly to determine whether the authorities fulfil their positive obligations to uphold the right to freedom of peaceful assembly; whether the parties adhere to any agreements reached as to the conditions for the assembly, and the conduct of the participants. It is hoped that the Commission’s findings will identify patterns of good practice, as well as any shortcomings that requires improvement. 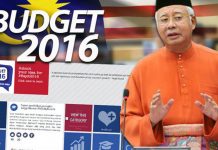 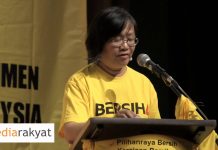 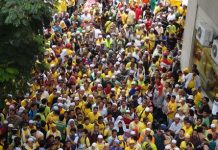 Bersih 4: The time has come