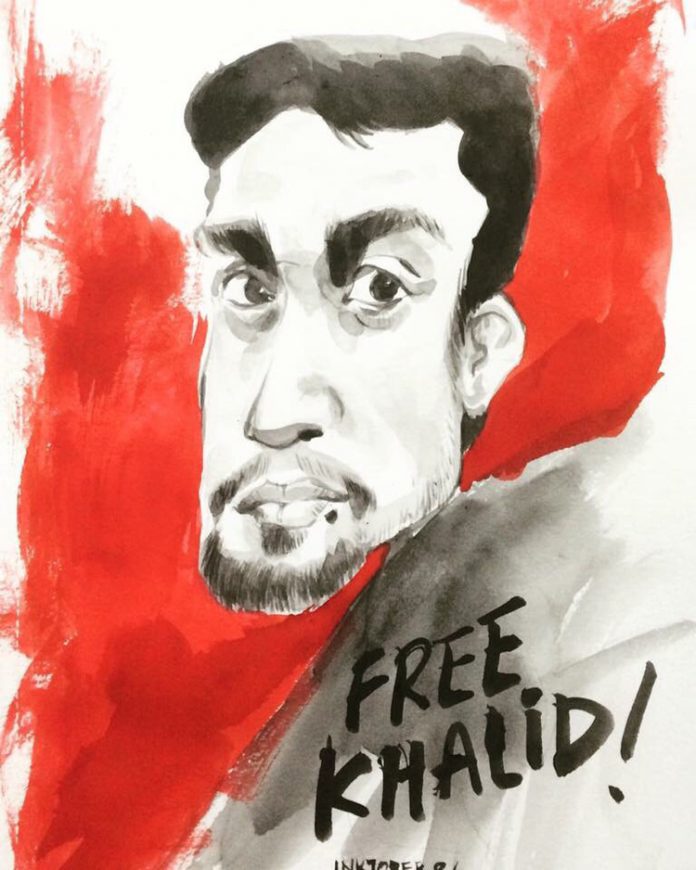 The human rights violation inflicted upon Khalid Ismath is not only a violation against him, but also his whole family and all Malaysians, says Sevan Doraisamy.

Suaram fully support Amnesty International’s declaration that Khalid Ismath is a prisoner of conscience and calls for his immediate release!

As of yesterday, Khalid Ismath has been imprisoned for more than two weeks. His unprecedented detention, denial of bail and 14 charges for alleged crime under the Communications and Multimedia Act 1998 and the Sedition Act 1948 have made Khalid Ismath a prisoner of conscience.

On top of the unjustified act of punishing Khalid Ismath through such means, Khalid Ismath’s family is similarly victimised and forced go experience unconscionable mental torture and physical inconvenience resulting from his detention.

In the light of the unjust circumstances around Khalid Ismath’s detention, Suaram implores the High Court of Johor Bahru to swiftly conduct the hearing on the revision on Khalid Ismath and allow him to be released on bail. As the institution charged with upholding justice in Malaysia, the judiciary MUST ensure that justice is done and that Khalid Ismath is not punished before his trial.