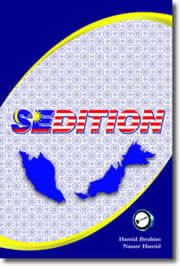 Suaram is surprised and concerned at the extended detention and remand of Khalid Ismath for investigation under Section 233 of the Communications and Multimedia Act 1998 and his subsequent rearrest and remand under the Sedition Act 1948.

While we cannot discount the importance of reasonable control over selected content harmful to vulnerable groups posted on the internet, Suaram does not believe the content posted by Khalid Ismath can be considered as such content. On this note, Suaram is genuinely surprised that such a statement made on Twitter would warrant arrests and extended remand for the purpose of investigation.

Suaram believes that an extension of remand for such matters is excessive and unnecessary in enforcing section 233 of the Communications and Multimedia Act 1998. Unless Khalid Ismath is a known flight risk, there is little reason why he must be incarcerated at this juncture. The re-arrest under the Sedition Act 1948 is equally excessive in the light of the earlier arrests made under the Communications and Multimedia Act 1998.

Further, the rearrests and detention of Khalid Ismath under the Sedition Act 1948 after the failure to obtain the court’s approval for remand reflects the Royal Malaysian Police’s callousness and apathy for the Malaysian legal system, and their actions should not and cannot be considered as anything less than contempt for the court’s decision.

Suaram also notes the worrying trend of concurrent application of the Sedition Act 1948 and the Communications and Multimedia Act 1998 in persecuting individuals exercising their freedom of expression. The case of Khalid Ismath clearly highlights the danger of such a practice, and Suaram is strongly in opposition to such practices.

Suaram reaffirms our stance that the Royal Malaysian Police have had sufficient time to conduct investigations on Khalid Ismath during his first arrests under the Communications and Multimedia Act 1998 and should not require any further remand under the Sedition Act. Suaram implores the officers in charge of his case to put an end to his remand and proceed with investigation without further unnecessary incarceration.

On this note, Suaram calls for the immediate release of Khalid Ismath, Matthias Chang and Khairuddin Hassan and for the cessation of all unjust prosecution and persecution of other individuals in Malaysia.