The arbitrary control of screenings of films impedes freedom of information and expression, says Anna Har.

On 14 December, Lena Hendry, our colleague and a staff of Komas, was undergoing trial in the criminal court for allegedly breaking the law by screening No Fire Zone: The Killing Field of Sri Lanka, a human rights documentary film about war crimes committed during the civil war in Sri Lanka.

She is the first human rights activist in Malaysia to be charged under section 6(1) and (2) of the Film Censorship Act which we feel has been arbitrarily used and politically initiated to stop the dissemination and discussion of important information about the human rights situation in Sri Lanka during a very difficult post-war period in the country’s political history.

We have reason to believe that this action was brought about by a complaint made by the ambassador of Sri Lanka in Malaysia at that time who had sent a letter to the home ministry as well as the organisers stating his unhappiness over the film screening as he claimed “it contains lies about Sri Lanka”. Regardless of the validity of his concerns, it is worrying to see how easy it is for foreign parties to influence what should be solely a domestic decision.

Although the trial has begun, we feel strongly that the attorney general should still drop the charges against Lena immediately and in the long term, we call for the repeal of all articles in the Film Censorship Act that are in conflict with universal standards of human rights.

Article 6 in the Film Censorship Act law says that unless approved by the Censorship Board, “No person shall have in his possession or in his custody or under his control; or circulate, exhibit, distribute, display, manufacture, produce, sell or hire, any film”.

If strictly imposed, most if not all Malaysians would be guilty as the law technically covers any kind of film and in whatever social situation or circumstances in which you come into contact with a film.

This not only goes against our rights to freedom of information and expression but also can be easily abused as a powerful tool to suppress alternative information essential for any functioning democracy.

In addition to that, section 2 of the same article makes it a criminal offence, whereby a jail term together with a fine can be imposed if the accused is found guilty. This means that any ordinary person such as an independent filmmaker, a teacher in class, a human rights activist like Lena or someone who screened their own wedding video at their own private function could technically be jailed if they did not acquire prior permission or exemption from the censorship board.

Hence this law criminalises everyone whether they realise it not. In an era of open government and free information flow of the internet age, this archaic law and practice doesn’t bode well for the modern Malaysia we aspire to be.

That brings us to the question of the impartiality of the authorities in charge of regulating films in Malaysia. Article 4 of the act states that the board of censors are appointed by the home minister, and Article 6 of the same act gives the home minister absolute discretionary powers to overrule or to make a final decision on exempting or approval of all things related to films. In many other countries, this decision is left entirely to an independently selected board, which is mandated only to rate the films but not cut portions of the film they find unacceptable.

Komas has been working in the field of human rights awareness and advocacy in Malaysia for more than 20 years now. The usage of films and other creative media and processes are crucial to the effectiveness of our work. We organise regular screenings in local communities as well as in colleges and universities.

For the past 13 years, we have also been organising the FreedomFilmFest, an annual international human rights films festival that showcases local and international films with social themes.

If Lena is found guilty, this law will jeopardise our efforts in educating the Malaysian citizenry about human rights and empowering them to be thinking and critical citizens. It will also have an effect on budding independent filmmakers, educators and activists who all use films as a medium to inform, educate and express themselves.

Anna Har is a member of the Komas board of directors. 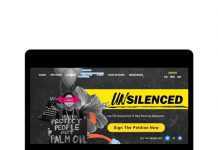