The Asia Pacific Network of People living with HIV/Aids (APN+), Positive Malaysian Treatment Access & Advocacy Group (MTAAG+) and the Vietnam Network of People living with HIV (VNP+) are expressing deep dismay at news of the conclusion of the Trans-Pacific Partnership Agreement (TPP) led by the United States with 11 countries, including seven in the Asia-Pacific region i.e. Vietnam, Malaysia, Japan, Australia, New Zealand, Singapore and Brunei.

The TPPA text that was hurriedly wrapped up in Atlanta remains secret as details trickle out through the media of vastly expanded monopolies on medicines through extended patent and exclusivity provisions that will endanger the lives and health of hundreds of thousands of patients in these countries.

“Today, in the Asia-Pacific region, second and third-line Aids medicines are exorbitantly priced. US multinational pharmaceutical company Gilead is playing games with the lives of people living with Hepatitis C by creating a complex pathway of licences, price negotiations and collection of personal data before patients can access sofosbuvir. Cancer treatment prices have skyrocketed. We are directly seeing these impacts of the US-promoted patent rules in the WTO’s Trips Agreement that requires 20-year monopolies on medicines in Malaysia. Now, 20 years after Trips, the next generation of international intellectual property obligations pushed by the US through the TPP would keep even more medicines unaffordable for longer periods of time,” said Edward Low of MTAAG+.

The final TPP text is likely to contain intellectual property provisions pushed by the US on behalf of the multinational pharmaceutical industry that are far in excess of what developing countries like Vietnam and Malaysia have agreed to in the World Trade Organisation’s (WTO) Agreement on Trade Related Aspects of Intellectual Property Rights (Trips).

Known as ‘Trips-plus,’ these measures are contrary to the WTO’s Doha Declaration, which re-affirmed the right of countries to use Trips, flexibilities stating that Trips “can and should be interpreted and implemented in a manner supportive of WTO member’s right to protect public health and, in particular, to promote access to medicines for all”.

But the TPP likely does away with many of these Trips flexibilities by requiring longer patent terms, data and marketing exclusivity, patents on new forms and new uses of known medicines, harsh patent enforcement provisions and investment provisions that will allow MNCs to sue governments for pro-health policies.

“In recent days the reporting around the TPP has focussed only on an exclusivity period for biological medicines with a reported push back on the 12-year period proposed by the US being presented as a victory for developed countries in the TPP like Australia,” noted Shiba Phurailatpam of APN+.

“But even a mandatory five-year period of exclusivity, along with the several other restrictive conditions imposed by the US, will have a massive adverse impact in countries like Malaysia and Vietnam as will the other damaging provisions in the intellectual property chapter. The conclusion of this trade deal makes a mockery of the Sustainable Development Goals and the new WHO HIV treatment guidelines that call for immediate initiation of treatment,” he added.

The Sustainable Development Goals that all UN members including TPPA countries signed in September include ambitious health goals and call on countries to make use of the Doha Declaration to ensure access to treatment for communicable and non-communicable diseases.

More recently, the WHO released new HIV treatment guidelines recommending that everyone who tests positive for HIV should be put on treatment immediately instead of waiting for a lowered CD4 count. Under the latest guidelines, millions more need HIV treatment including people living with HIV in TPP countries.

“In Vietnam, we are already concerned by announcements from international aid agencies including the US’ Pepfar programme of their withdrawal of funds and treatment programmes from our country,” said Do Dang Dong of VNP+.

“Estimates suggest that under our current budget, if Vietnam was forced to agree to all of the US’ demands on patents and intellectual property in the TPP, only 30 per cent of people living with HIV who need treatment would receive it. With the new HIV treatment guidelines from the WHO, the TPP’s impact for people living with HIV will be even more severe. This is an unthinkable scenario for us.”

“We are shocked that the secret deal has been concluded without public consultation or a proper health and human rights review. Even now the text is being kept secret. APN+ members are in six of the TPPA countries – Malaysia, Vietnam, Singapore, Australia, New Zealand and Japan – and will be among the first to face the consequences of the TPP on their health and lives. We are therefore calling on all TPP countries and their parliaments to reject the secretly negotiated TPP text,” said Shiba Phurailatpam of APN+.

“Any trade agreement that further strengthens the hands of the multinational pharmaceutical industry to play games with the lives and health of millions of patients in the Asia-Pacific region is immoral and unacceptable,” he added. 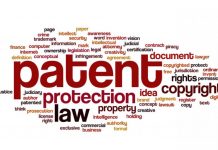