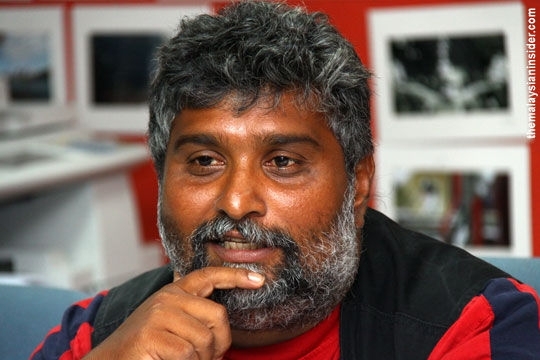 Jeyakumar Devaraj reminds the police and their BN masters that 2015 is quite different from 1948, and attempts to intimidate the public will backfire.

At about 6.00pm on 19 February, 15 policemen from the Dang Wangi Police Station descended on the house of PSM Secretary General S Arutchelvan in Kajang and arrested him.

According to the arresting officer, Arul was being arrested under Section 4(1)(c) of the Sedition Act which reads; “Any person who prints, publishes – – – or reproduces any seditious publication shall be guilty of an offence and shall on conviction, be liable to a fine not exceeding RM5000 or imprisonment for a term not exceeding three years.”

We believe Arul has been arrested for his press statement on behalf of the Parti Sosialis Malaysia on Anwar’s sodomy 2 guilty verdict. In that statement Arul criticised the Federal court judgment, saying the courts are not independent and are politically driven.

Court judgements are usually open to comment by the lawyers and legal academics. But soon after, the IGP tweeted that Arul would be investigated for his ‘seditious’ statement! PSM feels that this is a selected persecution by the police, who solely decides which is seditious and which is not.

Arul has been taken to the Dang Wangi Police Station and we are told that the police will apply to the Magistrate under section 117 of the CPC for remand tomorrow.

The PSM deplores the heavy handed action of the Dang Wangi Police.

– A request to Arul to come to the Police Station would have been sufficient. Surely the time of the 15 police officers could have been better utilised to combat crime! Furthermore, the police decided to make this arrest during the Chinese New Year public holidays.

– There is no need at all to lock Arul up overnight or to ask for one or more days of remand. PSM members are prepared to cooperate with police investigations.

Police are clearly attempting to intimidate the Malaysian public by using the Sedition Act of 1948 – an Act formulated by our colonial rulers to suppress the freedom of speech and opinion.

The police are attempting to clamp down on any criticism of the BN administration. We would like to remind the police and their BN masters that 2015 is quite different from 1948, and attempts to intimidate the public will backfire.

We demand the immediate release of Sdr Arutchelvan, and the dropping of all Sedition charges against him.