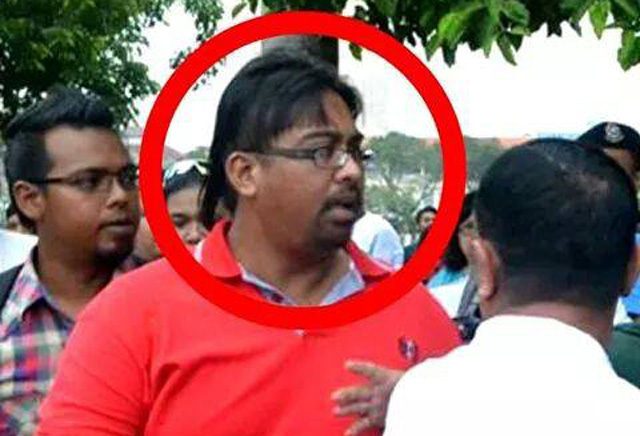 The gathering was organised to raise public awareness of the government crackdown using the archaic Sedition Act of 1948 against activists, scholars, clerics, lawyers, politicians and ordinary citizens.

Undeterred by the presence of police, hooligans claiming to be ‘Pro-Sedition Act’ wreaked unmitigated havoc against those gathered and unsuspecting bystanders.

What was most disconcerting was the organised manner with which they carried out the agenda of violence and mayhem. They instigated fear through their bullying, heckling, use of a loud hailer and sheer numbers.

Upon conducting a thorough search through our digital archives, we managed to identify the very same individuals present on 12 October 2014 who were present in previous events organised by civil society in Penang. They had perpetrated the same senseless violence against peaceful initiatives.

This shows a clear agenda of curtailing the right of individuals and organisations to participate in democratic processes which facilitate and promote multiplicity of voices and expressions.

We would also like to highlight the desecration of the Speaker’s Corner which manifests our highest ideals of democratic spaces, accessible and available to all to promote freedom of speech and expression. These hooligans were unwelcome interlopers who hijacked the peaceful agenda of the demonstrators who had as much right to the space as the hooligans.

We felt significantly let down by the police who should have made the safety of the demonstrators their priority because of the danger that was present. The intervention came too late and seemed hesitant; the unruly mob was given preferential treatment and allowed to incite fear and intimidation through their violent actions. Such negligence can only push us to question if the police were taking sides in the entire episode.

We urge the state government and city council who should be vested in protecting and promoting the aspirations of freedom entrenched in maintaining the sanctity of the Speaker’s Corner to do what is needful.

We have identified these individuals and intend to publish their images in the media. Let the wheels of justice turn for those who seek to violate and destroy the very thing that allows us to live with dignity and freedom.