Save Malaysia Stop Lynas has noted with great disappointment and regret that the AELB has granted Lynas a renewal of the TOL (renamed FOSL-Full Operating Stage Licence) for another two years.

AELB director-general Hamrah Mohd Ali confirmed today that the board agreed at a meeting last week to issue a two-year FOSL to Lynas. Hamrah said the decision was based on Lynas having fully complied with the conditions set by AELB during its TOL operating stage.

We wish to remind the AELB Director General Hamrah Mohd Ali that Lynas has failed to fulfil ALL the conditions set by the AELB when the TOL was issued!

Here are the conditions attached to the TOL :

These are the facts regarding the claim that Lynas has fulfilled ALL the conditions in the TOL:

With such undeniable failures on the part of Lynas to fulfil the conditions of the TOL as stated above, the AELB has decided to renew Lynas’ TOL for another two years! This is a grand historical betrayal of trust and credibility of the AELB and it is wholly irresponsible and totally despicable!

The AELB and the Board have failed the people and all future generations of Malaysia yet again.

SMSL hereby call upon the Mosti Minister and the Government of Malaysia to retire the DG and dismiss the entire Board that is responsible for making such a decision that is totally untenable with the facts of the case! 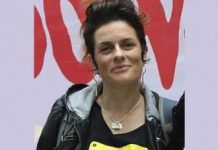 Unfortunately it is ignorant people who believe such nonsense. Link to environmental monitoring data from third party independent consultants. This is publicly available information.
https://www.lynascorp.com/Announcements/2013/Media%20Release_Environmental%20monitoring%2001082013%201242685.pdf

Did AELB lied when they reported that Lynas has fulfilled all the conditions? If not, they must be brought to court!

If Lynas did indeed fulfilled all conditions, where is the permanent disposal facility (PDF) located? Why the hush-hush?

Now you know why Australia is so ‘keen’ to help in the search of MH370 in every way, even though Australia themselves are trimming down their own latest budgets despite protest from their own people. They are doing more than Malaysia themselves in the search of MH30. Australia is coming up with tens of millions to help in the search of MH370, the success of locating the remains of MAS has absolutely nothing to do with them. Believe me this is not the end of the story, a lot more to come, like the refugees seeking refuge in Australia especially when their closest neigbour, Indonesia only until very recently, was not in good term with them as a result of the spying scandals. They have to find an ‘idiot’ of a country in the nearby region to accept them. These refugees are costing Australia billions of dollars over the last few decades, not to mention the endless other problems that come with them. For these reason plus any outlets, like Lynas that they do not even want it built in their own backyards. They found Malaysia… Read more »

To be fair, Australia is not to be blamed for Lynas which is a private entity. The question should be directed to the Malaysian government in granting Lynas to operate here given the negative publicity of the project.