The Centre for Science and Environment says the developed world has failed to take the lead in solving the problem.

New Delhi: The Synthesis Report of the Intergovernmental Panel on Climate Change (IPCC) – released on 2 Novemeber in Copenhagen — warns of catastrophic impacts if decisive actions to limit global warming below 2oC are not taken quickly.

The report is a scientific omnibus of the Working Group Reports that the IPCC has been releasing since last year. This is the fifth report of the IPCC. IPCC reports are considered the most authentic reports on the science and impacts of climate change.

Commenting on the report, Chandra Bhushan, deputy director general, Centre for Science and Environment (CSE), points out: “The report reiterates that extreme events have increased, global temperature has gone up (by 0.8oC), oceans are warming and acidifying, hydrological cycles have changed, and species have been affected.”

The report warns that failing to take rapid action will make future climate mitigation strategies difficult and expensive and put a heavier load on future generations.

What the report says…

The report begins by stating that anthropogenic greenhouse gas emissions are the highest in history. The report also says:

Since 1970, total carbon dioxide emissions from fossil fuels and cement production have tripled while emissions from forestry and other land use have risen by about 40 per cent. The world will have to reduce its GHG emissions by 40-70 per cent by 2050 compared to 2010 and emissions levels near zero or below in 2100 to keep the global temperature rise below 2oC.

The world will have to produce 80 per cent of its electricity from low carbon sources by 2050 and fossil fuels will have to be phased out by 2100.

The world will have to simultaneously work on adaptation and mitigation. Without additional mitigation efforts beyond those in place today, and even with adaptation, warming by the end of the 21st century will lead to high to very high risk of severe, widespread, and irreversible impacts globally.

The report warns of mass die-off of forests, melting of land ice, rapid rise in sea levels that is linked to increases in coastal flooding and heat waves that have destroyed crops and killed thousands of people.

The report sounds a warning for food supply; it mentions the strain on global production, adding that the strain would increase if emissions continue unabated.

It states that actions to fight climate change are affordable, if they are taken early. Such action would result in reduction of annual global consumption of goods and services by only 0.06 per cent a year this century as compared to a potential annual growth of 1.6 to 3.0 per cent.

Says Sunita Narain, director general, CSE: “The IPCC report is a clear warning against inaction. However, it also says that the world can come together and take on this challenge. But the world can only come together if the global negotiations are based on the principles of fairness and equity.”

CSE’s analysis shows that a fair deal would require developed countries to reduce their emissions substantially by 2030. However, no developed country has announced an ambitious emission cut targets. The 40 per cent emissions cuts announced by the EU are just not sufficient. The US has done even worse. It has not announced any targets, but the boom in fossil fuel use in that country — especially in the use of shale gas and oil — is going to be a major obstacle for the US to put forth an ambition target.

Says Bhushan: “Agreements like the one reached at in Cancun, under which countries pledge what they want to do without providing an overall target, will not meet the goal of 2oC. Countries — especially developed countries — are once again promoting an agreement similar to the Cancun agreement for Paris. India is also supporting such an arrangement. But this will be disastrous.”

He adds: “India must take the lead in negotiations and push for an ambitious global goal. It also must take ambitious action itself.”

The Centre for Science and Environment (CSE) is a public interest research and advocacy organisation based in New Delhi. CSE researches into, lobbies for and communicates the urgency of development that is both sustainable and equitable. 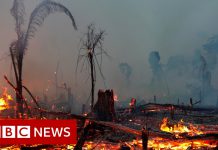 A considerable number of scientists have a contrarian view. The IPCC predictions are based on computer simulations. It is notoriously difficult to measure the global average surface temperature. Remember the cold spell before Chinese New Year this year? Satellite measurements can be distorted by these as well ac cloud cover{spot quiz: are clouds hot or cold?}. If by chance a satellite sensor were pointed at the sunlit side of your building instead of the shadowed side, would you trust that reading? Would sea surface temperatures be more significant than land surface measurements? Some websites show that progress has reached remote weather stations and now it is measuring the exhaust from an air conditioner. Stuff like that. There is no gold standard for this measurement. If you were living in the woods of North America, the weatherman warns of another cold spell coming down. As your stock of firewood runs down, be reassured that the IPCC says that this cold spell is 0.8degrees warmer. CNN just 9 hours ago “Parts of U.S. abruptly thrown into early winter as cold snap sweeps through”. Just think warm and IPCC… Read more »

Check this out though:

The IPCC aren’t warning of catastrophic consequences because they’ve admitted to being wrong about how fast climate is changing.