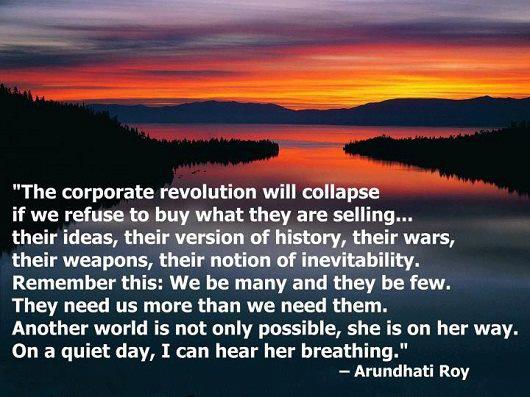 Nasir Hashim writes about how empires, as they crumble, tend to wage war against their own people – but the people will stand up to defy the waves of oppression unleashed on them.

Death of an empire

Did I not tell you about this senile Empire?
With its pompous guardians constipating at its door steps
Festered by collusions, greed, profits, demi-gods and lost horizons

But did I also not tell you how they fervently dig graves for others?
Too sedated and too dumb to realise that’s their very own

Did I not tell you how their bastion of power is crumbling like nine pins?
Yet they think that’s progress
So they pride
Over slogans and promises
Destroying the very dreams that they ever fostered

Now you are witnessing the Empire’s bleeding ‘broken chain of command’
Of misdirected priorities and competing opportunists
Flip-flop decisions, casting aspersions and intense blame games
Stumbling to exaggerate warped truths and pampered agencies
Clamouring to ‘catch the eye’ of their godly master

So they declare war against their own people
Yet so afraid of their own shadows
So they shut themselves
In fortresses of body guards,
Gangsters in government uniforms and black magic
Imbuing demented underlings to do their warped biddings

HARK!!!
Did you not hear the cries of the downtrodden ?
And the roar of defiance transcending all bounds
Hacking away the chains of oppression and exploitation
Persevering through ‘thick and thin’ over smoking gas canisters,
Chemical waters, battering rams, beaten bodies, cracked heads,
Broken ribs, open wounds and mammoth arrests

So the struggle grows in everfiery circles
Paralysing the capitalists, opportunists, jingoists, racists and power brokers

BUT THEN, when the Empire and its lackeys
Are all dead and gone
And broken into smithereens
With you then resurrect another Empire of the same ?

NAY!! …. A THOUSAND NAYS!! … A BILLION MANIFOLD NAYS!!!
For the empowered masses will surely summon
The marrow of your very existence
To deal a crushing death blow
To all pretensions and exploitations
To rebuild rainbow of societies of hope and love
Where we are one in all and all in one
As one big universal family