The Centre for Independent Journalism condemns the Home Affairs Ministry’s action of seizing 100 copies of Suara Keadilan and 26 copies of Harakah.

The newspapers have been confiscated from vendors for the second time this year (22 May and 8 July 2013).

Yet again, the Home Affairs Ministry notes that the PKR and Pas organs were seized for breaching permit conditions under the Printing Presses and Publications Act (1984) (PPPA).

The Ministry, however, has not specified the exact conditions that have been breached. These conditions include the provision that the newspapers are only to be sold to party members. This restriction, however, conflicts with Article 10 of the Malaysian Constitution, which guarantees the freedom of expression.

Party news organs serve as an important channel for opposition parties to engage with the public given that the government-controlled mainstream media is virtually inaccessible to them, as a study, by CIJ in concert with the University of Nottingham, that was conducted during the last elections confirmed.

While Prime Minister Najib Razak has promised greater democracy and increased efforts to build national unity, these seizures come as a direct contradiction to his pledge.

This oppressive use of the PPPA and the current unwillingness to repeal the Sedition Act 1948 as pledged, shows that despite much-vaunted reforms by Najib Razak’s ‘transformation government’, the tools of authoritarianism in Malaysia are still present and at use.

CIJ sees the prevention of allowing public to access these party organs as a deliberate move by the Barisan Nasional government to deprive Malaysians of alternate political information and views ahead of an important period when the opposition leaders are pushing the government for genuine reforms during cabinet meetings.

CIJ calls for a halt to all seizures and the return of all copies seized with immediate effect to preserve the remaining media freedom in this country. CIJ also calls on the government to repeal the undemocratic PPPA as well as honour the Prime Minister’s pledge to repeal the Sedition Act that is suppressing media freedom and freedom of expression in Malaysia.

The government must pay heed to the voice of 54 per cent of the electorate that has rejected BN’s repression and stop the violation of our constitutional right to freedom of expression. 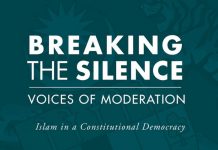 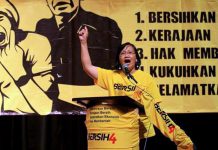