In the wee hours of dawn today, the students’ and Occupy Dataran encampment in KL was violently ambushed by a group of thugs. After the ambush, everyone sat down and victims of violence started to tell stories of what happened. Temme Lee reports.

Everything started at 2.36am.

There were altogether 60 people from the group and there were around 40-50 people who were part of the encampment, both students and non-students.

At one tent occupied by a woman, the thugs kicked her head when she was still in the tent. They shouted and hit the tent.

They kicked a few tents and shouted at people to get out. Dragged a few people (non-students) from the edge of the camp to the field and ‘belasah’ them.

One guy was held in a choke-hold and made to surrender his camera. He was dragged off.

One woman had gone to relieve herself and was walking back to the camp from the direction of the fountain. She took out her camera and started filming when around 15 people surrounded her and one man snatched her camera. They shouted and pushed her to the ground until she let go of her camera. After she got up, another man pulled her bag and pushed her around.

One guy followed behind and started filming. His camera was snatched and stamped on.

One guy was in a tent; he opened it, heard people shouting and managed to get out of the tent before they pulled the tent. He sat at the mats with a few people and the thugs started provoking them to get a reaction. They dragged another guy off the mat and beat him.

The thugs threw food around, destroyed all the tents, and the donation box was taken.

One guy was dragged to the street and five people beat him because he had a camera in his bag.

One woman was picked on and called a ‘lesbian’.

About five police cars arrived but they apparently did nothing.

One man wearing a kopiah was slapped twice. He asked what was happening but was beaten, abused with obscenities and told he would never get into heaven.

A few people saw a man in plainclothes carrying a revolver. Could he have been a Special Branch policeman?

A man identified one of the person in the attacking group as a member of Umno Youth.

After the ambush, campers cleaned up the place. We collectively decided that we would not be intimidated by the violence and we would sit peacefully to defend Dataran Merdeka as the people’s square and our right to occupy peacefully.

Temme Lee is an activist participating in the Occupy Dataran encampment 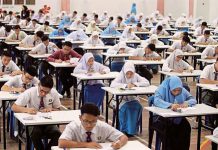 I don’t think so its government move. I think its done by anti-goverment to mark as government involvement. its a conspiracy of de ghost behind de protesters. Very clear as usual there will be denials and only blames. Old mind trick.

Just one question – are you you expecting to be believed writing purely only on what you think? Anyone can do that but if you seriously want to be credible please provide something more substantial that ‘I don’t think so… I think..’

You have a nice name,fantasi and you live it in

When you see the smiling face of the PM and his dutiful wife, beware! That same smiling face is eveready to brutalise the rakyat.

Dear Malaysian, If ever the above allegations were true – the involvement of UMNO and backed by the police and even participated in the bashing – then the ruling government must be in trouble. I dont think the rural malays will ever support this evil act, an act of a government in power and even backed by the authority who are suppose to do policing work in protecting the public. … thugs … to do this work for the ruling government. Prove us wrong, carry out the investigation immediately and punish the culprits. I am sure the authority will again dragged its feet, and some UMNO politicans will cry wolf ‘this matter must be investigated immediately’ but I am sure they have the real facts and know those behind the tragedy. UMNO, you will lose many many votes especially from the youths and the parents of these youth. However, the EC electoral fraud may give UMNO the even edge, and the fraud must be rid off and let us see if UMNO can survive this coming tsunami. We have sold our land to the foreigners in… Read more »

This is a very clear manifestation of ‘desprados’ UMNO goons trying to scare the public. Pathetic and barbaric.

Stay strong! Our support & prayers are with you!

We passive Malaysians do apologize to those brave students who were beaten up in the wee hour of the morning at Dataran Merdeka. I really empathize with those raven hearts who shoulder our responsibilities and fight our common cause to bring “Light and Hope to fellow Malaysians”. UBAH! UBAH! BANTAH DUDUK! Jom Bersih 3.0 pada 28hb. April 2012.