Suaram is greatly pleased to inform all Malaysians, that the French courts have opened an inquiry into the alleged corruption, misuse and abuse of taxpayers money, linked to the purchase of the two Scorpene class submarines, back in 2002.

This long-awaited and timely development comes on the heels of numerous obstacles faced from the time the complaint was filed in April 2010. The high profile nature of the case naturally attracted strong and controversial reactions, right from the prosecutors very own objections to the case being heard in the open courts, to alleged political interferences from involved persons in both countries, and to Suaram’s questioned “locus standi” before the French courts.

It is with much relief and excitement that we announce this pivotal and triumphant moment for graft busters especially, a defining turn of events in our already heightened political landscape, and one that will surely give shape in the battle for change.

It has been exactly ten years since the scandal ridden procurement of the two Scorpene class submarines were made. Despite the many attempts to get answers to the many unanswered questions, we can safely say that none of the involved politicians, including then Defence Minister and now Prime Minister Najib Razak, would have ever imagined that an inquiry outside his country would open 10 years on, that will demand no stone unturned in the quest for the truth and accountability.

While quite frankly not expecting the complaint to make its way up in a foreign judicial system, we waited with baited breath for two anxious years and witnessed with disbelief how the Prosecutors’ office began to unravel further details of new commissions paid out, travel invoices and other payments made in the course of the procurement process. The murder of Altantuya Shaaribu, although not directly tied to the complaint filed, is intricately linked with the alleged payments and kickbacks made.

Our lawyers William Bourdon and Joseph Breham had informed us via email and telephone on Friday, 16 March that the case has been officially registered with the courts and will now be heard before the Paris Tribunal de Grande Instance, known as a first degree court that deals with civil litigation matters.

Two judges have been designated to the case, Judge Roger Le Loire and Judge Serge Tournaire. The lawyers have further confirmed that they will in the coming weeks be given access to the case files, and details of the prosecutors investigations will be made known to Suaram.

Our lawyers have also informed us that a Suaram delegation will need to be present before the judge, as key witnesses, to start off proceedings of the case.

To quote our lawyers “while the entire case will be a long drawn affair, the journey towards unravelling the truth has most certainly begun”. We are grateful to our lawyers who have worked very hard to ensure such a positive outcome of the case.

Suaram is confident that with the support of all concerned Malaysians, we will together fight this battle to the end, and send home the message that corruption and corrupt politicians no longer have a place in our country as we spring clean our nation and get ready for REAL CHANGE! 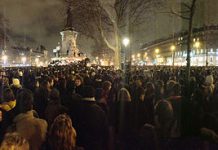 Don’t worry. BN is gonna win anyway… because the fuss is absolutely insane, if not, ridiculous.

Let there be justice and make all Malaysians happy

Who is paying for the suaram staff in France?

Hats offs to Suaram!!! Your love for our beloved country spurs you further to dip into the muddles of obscene corruption practised by the power that-be. Finally the first gleam of justice begins to surface…

My profound gratitude to the dedicated team of Suaram. All God-fearing Malaysians love you for your noble deeds!!

Incredible! Malaysians can now at least hope to see some light at the end of the tunnel. How can we have such corrupted characters to lead our nation? Please help us SUARAM, our highest compliments to you.

These crooks are not idiots – they are too smart to be stupid.

They are the devils who have been fooling the people, and trying to fool us all.

Devils do all kinds of the worst thing you can imagine – including blowing up a pregnant lady.

well good news then..But…give me the official links to the inquiry..i want to recheck..if not..then go to hell.

let turn down the BN goverment, let new goverment to bring all this idiots to jail

Well done Suaram. All Malaysian are backing you.I hope those are involved in the commission taking on the sale of the Scorpenes will … fear. Worst they will experience nightmares of Altantuya hystrical screams to those who have hands on her killing.

TWO YEARS FOR THE WHEEL OF JUSTRICE TO TURN . Altantuya your rotting body will now stink those who killed you.French justice will open all doors to the killers .If they fail then there will be another French Revolution for unlike us malaysians who forget
the french will never forgive

We have nothing against the government except when the people we trust to take care of us start abusing their positions.

Excellent, the wheels of justice finally begin to turn and will slowly but irresistibly pull in the squirming guilty parties. Very well done Suaram. I look forward to hearing them scream.