LLG Cultural Development Centre views with grave concern the recent statement made by the Deputy Prime Minister, who is also the Minister of Education, that the government is mulling the possibility of allowing schools to decide on their own whether to continue using English as the medium of instruction for the teaching of science and mathematics.

The aim of this move, if adopted widely, is possibly to raise the standard of English in primary schools. We are, however, of the view that such a move, besides representing yet another flip-flop in the government’s education policy, is also unprofessional in its approach towards strengthening the level of English.

This will in turn lead to erosion in the effectiveness of the teaching and learning of the English language, thereby bringing immense difficulties to both teachers and students alike. Once again, our children’s future will be sacrificed.

To us, the proper approach towards improving the standard of any language should be through improving its teaching, rather than using it as a medium of instruction for other academic subjects. This is a simple and straight forward fundamental principle of education.

Hence to strengthen the level of English, the government should focus on improving the teaching of English in Malaysian schools. This encompasses reforming its syllabus and methodology of teaching English as a second language, as well as recruiting more professionally qualified teachers.

Except for the academically competent, this may be difficult to realise in practice, however. This is because for a great majority, whose first language is not English, they will first have to attain a certain level of competence in the English language, and this in a very short while, before they can even follow, let alone be able to comprehend and absorb the concepts in science and mathematics.

LLG Cultural Development Centre is thus of the view that allowing schools to choose English as a medium of instruction to teach science and mathematics will ultimately benefit only the urban, largely English-educated elites. On the other hand, those who grow up in a non-English speaking and poor socio-economic environment will be greatly disadvantaged, learning neither science and mathematics nor English.

The use of English as a medium of instruction in science and mathematics is, in our view, an elitist approach that benefits the elites, while sacrificing the poor. In such a context, education will become a tool for the inter-generational transfer of elite status, rather than as a democratic tool for effecting upward social mobility for the bottom strata of society. The already grave and yawning social disparity between the rich and poor in Malaysian society will be further widened.

Given these likely developments, we are strongly opposed to the proposal by the Minister of Education to allow schools a choice in the use of English to teach science and mathematics. Our opposition is premised on the belief that such an approach fails to address the root causes in the decline of both the standard of English and education in our country.

We thus urge the government to re-think this proposal, look thoroughly and professionally into the factors that have caused a decline the standard of both English and education and to come forth with proposals to address these causes. We regard these as imperative steps in order to develop the necessary human capital that is proficient in several languages deemed so important for the socio-economic advancement of our country. 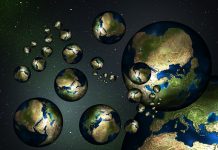 Invest more in science than religion for nation’s sake 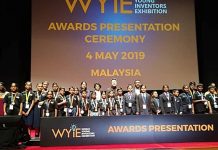 How two Malaysians and their team are nurturing ‘young scientists’

If I’m not wrong, with PPSMI abolished, teaching of S&M in primary chinese schools were reverted back to Mandarin from English.

Sole aim of this statement seems to protect teaching S&M in Mandarin.

DR Toh, please fight for your right to teach S&M in mandarin but DO NOT DENY those who want S&M to be taught in english in SK!