After the dismantlement, Interhill logging company passed the blockade site with heavy machines.

Despite the dismantlement of the blockade, the Penan are maintaining their demands to the Sarawak government and to Interhill logging. Penan spokesperson Lakei Jaau said the Penan have the following five demands:

The Penan are protesting agains the unjustified police action and are pointing to the fact that they have challenged the legality of the current logging activities in a court case filed in December 2009. 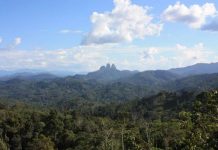 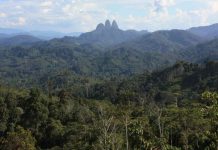 They have destroyed the lives of over a million Sarawakians. … We’ve reached the brink. We will do all we can to (bring those responsible to justice)… Just wait and see.

I speak under NZ’s credentials – rated No. 1 in the world for non-corruption.

… all PBB/BN cronies… Even a kid can see the total lack of morals among these … God ‘s punishment comes like it did to Ceausescu, Mussolini, Saddam, Ben Ali, Gaddaffi, Philippines’ Arroyo, Mubarak, and Assad. Just watch…