The groups said Europe’s growing stream of e-waste is having huge impacts on the environment in developing countries and is damaging the health of waste workers and the surrounding communities in countries such as Nigeria and Ghana. Children are also regularly made to work and often under dangerous conditions.

The Centre for Research on Multinational Corporations (SOMO), Danwatch, the European Environmental Bureau (EEB), the makeITfair project, the Basel Action Network (BAN), and the GoodElectronics Network called on the Council to ensure that the current e-waste legislation, known as the WEEE Directive, is revised to stop these harmful practices.

In 2005, a Basel Action Network report revealed an estimated 500 containers filled with used electronics entered the Nigerian port of Lagos each month from Europe . Soon to be published research by a Danish research organisation and makeITfair member Danwatch on a dumpsite in Accra, Ghana revealed an estimated 600 40-feet containers arriving every month at Tema port.

The groups point out that such exports skirt the Waste Shipment Regulation, which is supposed to ban them, by claiming the material as “working equipment” and therefore as “non-waste”. However, these materials are not tested and an estimated 75 per cent is simply directly dumped and burned.

The export conditions of untested used e-waste have been recently revised to allow more of such detrimental exports to happen, said the groups who are calling for the loopholes to be closed.

The NGOs say Europe needs greener and more resource-efficient design of electronic products with a longer life span. They are calling on the Council, which could make a decision in December, to ensure three main changes under the Recast of the WEEE Directive. First, all non-tested electronics items should be defined as “WEEE” regardless of origin or fate. Second, incentives must be provided to solve the e-waste problem most effectively at the source by including ambitious eco-design requirements in the Directive. Third, a WEEE fee structure should be established that differentiates costs in accordance with product properties.

The letter was sent to Environment Ministers and the Council working party on WEEE (Waste Electrical and Electronic Equipment) ahead of a second reading trialogue meeting on 10 November in Brussels. 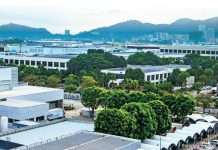