Cambodia should provide safe asylum for Montagnards fleeing Vietnam’s Central Highlands even after it closes the United Nations’ refugee centre in Phnom Penh for Montagnards on 15 February 2011, Human Rights Watch has said.

Ongoing government crackdowns in Vietnam against Montagnard Christians make it imperative for Cambodia not to deny Montagnards their basic right to seek safe asylum, Human Rights Watch said. As a party to the 1951 UN Refugee Convention, Cambodia is obligated to protect the rights of all who seek asylum within its borders.

“Cambodia has a clear obligation to ensure that future Montagnard asylum seekers are permitted to enter a refugee screening process that is fair and based on international standards,” said Phil Robertson, deputy Asia director at Human Rights Watch. “Closing the Montagnard refugee centre doesn’t change those obligations.”

Human Rights Watch expressed concerns that after the refugee centre closes, the Cambodian government will screen future Montagnard asylum seekers under a procedure that does not meet international standards.

A Cambodian government sub-decree passed in December 2009 allows Cambodia’s Interior Ministry, not UNHCR, to make the final decision about a refugee’s status. Human Rights Watch’s analysis of the sub-decree finds, however, that it fails to incorporate the UN Refugee Convention’s definition of what constitutes a refugee and lacks provisions to fulfil Cambodia’s other obligations as a party to the convention. The sub-decree provides Cambodian authorities great leeway to reject and expel asylum seekers, with insufficient procedural protections in place to prevent unlawful forced returns that are in violation of the Refugee Convention.

Just days after the sub-decree was passed, Cambodian authorities deported 20 Uighur asylum seekers who were at risk of torture and mistreatment to China.

“The Cambodian government has a dismal track record when it comes to deporting recognised refugees and asylum seekers under UNHCR protection – particularly those from countries such as China and Vietnam, with whom it has close relations,” said Robertson. “The UN and concerned governments should press Cambodia to make sure the Montagnards don’t suffer the same fate as the Uighurs and others who have been unlawfully deported.”

In defending the closure of the Montagnard refugee centre, Cambodian officials have declared there is no longer any need for Montagnards to flee to Cambodia, citing Vietnam’s economic progress and lack of armed conflict in Montagnard areas.

“It is time for us to close the refugee center because Vietnam has no war or armed conflict, and it is not necessary to have the refugee centre in our country,” Foreign Minister Hor Namhong told reporters in December.

“The Cambodian foreign minister and other officials have grossly mischaracterised the definition of a refugee,” said Robertson. “A refugee is a person with a well-founded fear of being persecuted, whose flight can occur irrespective of armed conflict or economic factors.”

Since 2001, thousands of Montagnards in Vietnam have fled harsh government crackdowns to Cambodia, where most have been recognised as refugees and resettled to the United States, Sweden, Finland, and Canada.

Under a 2005 agreement between the UNHCR and the Cambodian and Vietnamese governments, the UNHCR handled the protection and refugee screening process for Montagnard asylum seekers in Cambodia. The agreement called for Montagnards whose asylum claims had been determined to be either resettled abroad or repatriated to Vietnam.

Human Rights Watch continues to receive credible reports of persecution of Montagnards in Vietnam, where more than 300 have been imprisoned since 2001 for peaceful expression of their religious or political views, or for trying to seek asylum in Cambodia.

“Montagnards will continue to try to flee Vietnam as long as the Vietnamese government systematically violates their basic rights,” said Robertson. “It’s imperative that the Cambodian government live up to its international obligations and not force asylum seekers back to a place where their lives and their liberty will be at stake.” 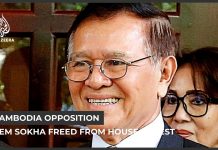 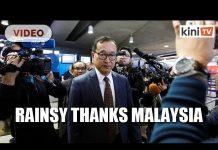