Burma has released more than 6000 prisoners but only about 200 of those released were political prisoners. The government must free all prisoners of conscience immediately, says Amnesty International in urging people to sign a petition.

Myanmar released more than 6000 prisoners on 12 October 2011. But only about 200 of those released were political prisoners, including prisoners of conscience—that is, people held solely for peacefully exercising their rights to freedom of expression, assembly and association.

The government of Myanmar needs to release all prisoners of conscience immediately.

There are possibly as many as 1800 political prisoners still languishing behind bars in Myanmar. For decades political activists in Myanmar have been arbitrarily detained, tortured during interrogation, subjected to unfair trials and imprisoned in inhumane conditions in Myanmar’s notorious prisons.

Last year, after Myanmar held its first elections in 20 years, the new government promised political reform. One of the key benchmarks for gauging the government’s sincerity about this promise is the release of all prisoners of conscience.

After this initial release of 200 political prisoners, expectations are high in Myanmar, across Asia and in other parts of the world. After years of campaigning our calls are gaining momentum.

Let’s redouble our efforts to make the Myanmar government listen. Add your name to this petition calling on the Chairman of the newly-established Myanmar National Human Rights Commission to press the President of Myanmar to immediately and unconditionally release all prisoners of conscience.

We aim to deliver your signatures to the Myanmar embassy in an ASEAN country on 13 November 2011, the first anniversary of Daw Aung San Suu Kyi’s release from house arrest.

Copies of this petition will also be sent to the Minister of Home Affairs, the Speaker of the Lower House, and the Chair of the ASEAN Intergovernmental Commission on Human Rights (AICHR). 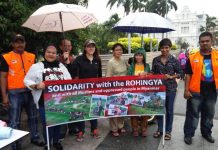 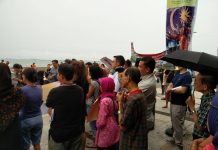