The Shan Women’s Action Network (Swan) strongly denounces the Burma Army’s build-up around the Shan ceasefire area in Ke See township, central Shan State, which led to the rape of a young disabled woman on the eve of the 7 November 2010 election.

Since 3 November, more than 1,000 new troops have been deployed from other parts of Shan State to areas adjacent to territory of the Shan State Army-North (SSA-N) First Brigade.

These troops have been conducting patrols and hunting out villagers suspected of supporting the SSA-N 1st Brigade, which refused to become a Border Guard Force under the Burma Army.

On 6 November 2010, a fully armed 10-man patrol from Mong Nawng-based LIB 286, led by Major Win Zaw Latt, searched the village of Wan Nawng New, about five miles north of Mong Nawng. One of the troops raped a 25-year-old disabled woman who was alone in her house with her two-year-old niece.

The soldier tied up the woman’s hands and feet, and then bound her hair to one of the house posts before raping her. Neighbours heard her screams but did not dare come to her aid until after the patrol had left the village. No one dared complain about the crime, and the woman herself has fled the village in fear of repercussions.

Swan is gravely concerned about the fate of this woman, and of other civilians in this area, who are being deliberately targeted under this new military campaign against the SSA-N.

Support the struggle to build a Malaysia based on Justice, Freedom, Solidarity:
READ MORE:  As Malaysia sinks, Parliament needed more than ever

“We strongly urge the international community not to recognise the Burmese generals’ new proxy government,” said SWAN spokesperson Nang Moan Kaein. “It is tantamount to legitimising the Burma Army’s crimes, and will condemn women in Burma to continued systematic sexual violence.”

Swan, a network of Shan women active in Shan State and Thailand, works for gender equality and justice for Shan women in the struggle for social and political change in Burma. 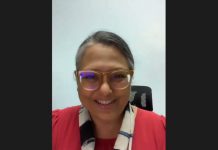