Inter-religious ties are more relaxed in the state, and to preserve its grip on power, the PBB is likely to play a major role in deterring an extension of the Umno-Pas battle into Sarawak, says Ngu Ik Tien.

Although Sarawak Barisan Nasional, led by Abdul Taib Mahmud, performed badly in ethnic Chinese-majority constituencies in the 2011 Sarawak state elections and the 2013 general election, some urban Chinese in Sarawak actually had mixed feelings towards Taib’s leadership.

Many of them strongly disapproved of Taib’s management of Sarawak’s natural resources and the unreasonable accumulation of wealth by his family members. But they appreciated Taib’s liberal and pragmatic attitude towards non-Muslim cultures and religions. For those who are disheartened by the religious tensions in Sabah and in the Peninsula, Taib was perceived as providing a deterrence to the federal-led Islamisation drive.

Taib’s liberal policy towards religion and culture could be a rational political calculation given the population make-up of Sarawak. It is quite different from the Peninsula in terms of its religious and ethnic structure. The Ibans, the biggest ethnic group in Sarawak, are predominantly Christian and nearly half of the Chinese in Sarawak are Christians.

Compared with the state-church relationship at the federal level over the last decade, the relationship between Taib and the local Christian communities has been considered to be relatively good. The recent incidents of seizure of bibles, arson attack and raid on religious buildings that raised great concern among the public in the Peninsula have not yet happened in Sarawak.

The social interaction between the Muslims and non-Muslims is also relatively more relaxed in contrast to the tense situation in the Peninsula. Today, we can still see halal and non-halal food stalls operating together within a traditional Chinese coffee shop without being raided or questioned by state Islamic bodies and Muslim ministers.

The note that follows is a glimpse of the ethno-religious relations in Sibu town. The scenes in Sibu are common to other urban centres of Sarawak, but unique within the context of the national scene. It aims to present how religious freedom is practised in the everyday lives of Sarawakians under the rule of Taib Mahmud.

READ MORE:  Sarawak, we are far from winning – don’t get too comfortable; ‘ngabang’ can wait

Sibu, the third largest city in Sarawak, is indeed a town packed with Christian premises and Buddhist temples. Besides the many tall and large Methodist churches at the commercial centres and residential areas in Sibu, this small town also accommodates the largest Catholic church and Taoist temple in South-East Asia.

In addition to places of worship, other religious icons can easily be noticed throughout the town. For instance, the Reverend James Hoover Memorial Garden, completed in 2007, lies on a two-acre plot of land in a suburban part of Sibu. About 16km from the town, a seven-acre plot of private land was used to build the Methodist Centennial Park.

Perhaps it is not known to the public that Mormonism has been spreading rapidly in Sarawak. Driving through a trunk road of Sibu town, one may encounter a new peach building on the road side: a recently built Mormon Church, its hall able to accommodate hundreds.

In the month of December, in contrast to Peninsular Malaysia, Christmas processions are a highlight in the major urban centres of Sarawak. They usually stir an enthusiastic response from the local Christian communities. In 2011, a combined Christmas procession was held in the town of Sibu. Despite a heavy rain, the procession drew over 5,000 participants who formed a line that stretched several kilometres. The procession passed through the main streets of Sibu accompanied by Christmas caroling.

Since 2005, the principle organiser of the event has been the Association of Churches in Sarawak. What was unprecedented in 2011 was the participation of seven independent churches in the procession. Local school brass bands and uniformed units also joined in.

In 2011, the procession began and ended at the city square, in front of the Sibu Municipal Council. The city square was lit up by twelve Christmas trees sponsored by twelve churches from Sibu. (The Christmas Tree Decoration Competition is an annual event organised the Sibu Municipal Council.) During the songs of praise and prayer sessions, multiple languages including English, Mandarin, Iban and Malay were used.

The role of the Parti Pesaka Bumiputera Bersatu (PBB) state assembly member for Nangka, the only Muslim elected representative in Sibu town, is very important among the local Muslim populace there. Together with other PBB leaders, he would lead the procession. As the 2012 procession was held on a Sunday morning, Christian churches located within the procession area were having their Sunday services and that reduced the number of spectators along the streets. During the procession, all participants wore traditional Malay costumes and said their selawat to Prophet Muhammad.

The harmonious ethno-religious relations painted above may leave the impression that the ethno-religious centric policies that the federal government has tried to impose on Sarawak does not affect the local community in Sibu and the people of Sarawak in genaral. Still, some church ministers who I spoke to were worried that eventually the ethno-religious tension in the Peninsula might one day reach here. Thus, they are taking early measures before that happens.

One of the steps taken by the churches in Sibu is church renovation. A strong criticism of the Sibu Methodist churches is that they had spent a lot of church funds on luxurious renovation. Nevertheless, some ministers argued that expanding or renovating church premises is done out of political concern. Church ministers felt that what has happened in the Peninsula (e.g. no land for places of worship and stringent regulations on the external design of churches) would eventually happen in Sarawak too. Hence before this happens, the Church feels it should take the opportunities to build as many buildings as it can or to renovate the old ones.

Another thing dear to the Church are its lands and schools. A few church leaders said they have either slowed down or halted converting their school land to educational classification. Nowadays, they prefer to hold the land as church land. During my field work in Sibu, I was informed by a church leader that missionary schools can be exempted from quit rent once their land titles are converted from religious to educational purpose. Nevertheless, they would rather take the trouble to apply for exemption on a yearly basis, which is usually approved by the state government.

Additionally, the Church is currently inclined to build their kindergartens within church premises instead of isolated lands that are gazetted for educational purposes. The main reason for doing this is the uncertain prospect of Sarawak and national politics. They are worried that the Church may lose its land and properties if the government forcefully acquires the schools and the land that is classified as educational land.

Taib has finally stepped down, and what could possibly happen to religious freedom in Sarawak is open for debate. Personally, I believe that the PBB will continue to play a major role in deterring an extension of the Umno-Pas battle into Sarawak. Many PBB politicians presume that the entry of Umno into Sarawak will eventually lead to a split among the local Muslims who are currently throwing their support behind PBB.

With respect to Pas, PBB grassroots leaders that I met often associated Pas with religious fanaticism and grumbled about their rigid standards of halal food, Islamic clothing and social interaction. Judging by the electoral performance of Pas in Sarawak in the 13th general elections – its candidates were soundly defeated in all the five state constituencies that they contested – the Islamic party’s version of Islam evidently does not appeal to the local Muslims.

For PBB leaders, maintaining the political status quo would enable them to continue ruling the state as they wish. To achieve that, the PBB would be inclined to preserve the existing social order as it has been regarded as a major source of political stability in Sarawak.

Dr Ngu Ik Tien, an Aliran executive committee member, is attached to a local university. She is from Sibu, Sarawak. 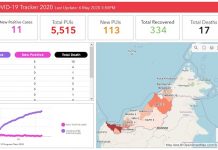 Sarawak, we are far from winning – don’t get too comfortable; ‘ngabang’ can wait 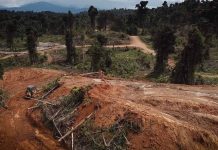 You gotta go… – …STILL CRAZY AFTER ALL THESE YEARS!

[…] is undergoing massive restoration works at this point in time. Some may recall that a photograph of this coffee shop was in the news at one time like it was the epitome of the racial harmony between the races here, […]

Freedom of religion is a federal constitution, if that is contravened , then problems are invited. SJ

This article just shows the heavy proselytization to Christianity in East Malaysia. Churches of Mormon, Methodist springing up everywhere especially in Sarawak.. funny how no one addresses this there.. The context of bringing up the issue of Islamization just become null & void.. When i was in school, a preacher went around house to house trying to spread the word of Christianity. unfortunately, i was still young then otherwise I would have asked him a few questions that he will not be able to answer in his lifetime and probably convert back to whatever religion he was following before..

In constrast to the rest of the country, the strong presence of Christians in Sarawak is testament that people with different religious beliefs can still afford to live together harmoniously despite their ideological differences. Thank God the majority of Sarawakians are proselytized!