Recognition and protection of Orang Asli customary land rights, as important as they may be to Orang Asli, do not appear to be on the menu of election pledges at this stage, says Yogeswaran Subramaniam.

With potentially the most keenly contested general and state elections in Malaysian history around the corner, it becomes crucial to consider the sway of minority or marginalised group votes.

For example, Orang Asli constitute between five and 22 per cent of the electorate in six state assembly seats in Perak, all potentially crucial numbers in a neck-and-neck election tussle. In the 1999 General Elections, it was the Orang Asli votes that secured current Prime Minister Najib Razak’s victory in the parliamentary seat of Pekan by a thin margin of 241 votes.

Mostly due to their ‘government-protected status’, Orang Asli, the indigenous minority of Peninsular Malaysia, have been traditionally thought of as ‘fixed deposit’ votes for Barisan Nasional (BN). This article attempts to sketch the extent to which the lack of executive and legislative recognition and protection of Orang Asli customary lands rights will have an impact on current Orang Asli voting trends.

Like other indigenous communities worldwide, customary lands are the lifeblood of Orang Asli economic, social, cultural and spiritual well-being. The protest memorandum against the 2009 Orang Asli land titles policy, signed by more than 10,000 Orang Asli in March 2010, suggests that a substantial proportion of the Orang Asli electorate demands the legal recognition and protection of their customary lands in a manner consistent with the 2007 United Nations Declaration on the Rights of Indigenous Peoples (UNDRIP).

The government of Malaysia has unequivocally voted for the UNDRIP, implying a moral obligation on its part to take appropriate measures, including legislative measures in consultation with Orang Asli for, amongst other matters, the recognition of Orang Asli rights to their lands, territories and resources (see articles 26, 27, 32 and 38).

In 2007, the Federal Court affirmed the legal validity of pre-existing Peninsular Malaysia Orang Asli customary land rights without the need for statutory or executive recognition (see Superintendent of Land and Surveys Miri Division v Madeli bin Salleh [2008] 2 MLJ 697), making this concept part of the law of our country.

READ MORE:  A visit to Ipoh reveals a bald truth

These unreserved or untitled lands are generally regarded by the state government as available for the creation of other rights and interests and susceptible to encroachment unless Orang Asli enforce their customary land rights at common law in the courts.

But many Orang Asli simply do not have the means to engage lawyers and cannot realistically continue to rely on a handful of pro bono lawyers to sustain complex land litigation that usually also involves the state and federal Governments.

Compounding matters, recent efforts to gazette lands and to grant Orang Asli individual titles have contributed to the further loss of customary lands. For example, the proposed 2009 Orang Asli land titles policy, which culminated in the protest memorandum mentioned earlier, involved a potential loss of more than 60 per cent of officially acknowledged Orang Asli lands.

The 2012 Orang Asli land gazettal exercise by the Perak government also drew criticism for failure to effectively consult Orang Asli and for shortchanging the Orang Asli. The most blatant example was Kg Sg Kurong, where the Perak government reserved a mere 1.06 (2.6 acres) for 15 Orang Asli households consisting of more than 100 residents. The Perak government’s circular reasoning, in explaining that it had earlier alienated and reserved large parts in favour of non-Orang Asli interests suggest a lack of will to prioritise the protection of lands that rightfully belong to Orang Asli.

In the long term, BN government policies, as gleaned from the 2010 Economic Transformation Plan (Pemandu, Prime Minister Department), the 2010 Rural Development Master Plan (Ministry for Rural and Regional Development, the Ministry having charge of Orang Asli) and the 2011 Orang Asli Strategic Plan (Department of Orang Asli Development) do not appear to envisage the recognition of Orang Asli customary land rights.

In comparison, Pakatan Rakyat (‘PR’) ruled-states that have substantial Orang Asli populations differ markedly in terms of their respective approaches to OrangAsli customary land rights. The individual state has the general constitutional power and jurisdiction over all matters relating to lands and forests. The State is therefore empowered to reserve Orang Asli lands.

Upon coming to power in 2008, the PR-controlled Selangor started off well by establishing a task force to curb encroachment of Orang Asli lands and to demarcate and protect Orang Asli lands.

The Selangor government also withdrew their appeal to the Federal Court in the Sagong bin Tasi case, indirectly forcing the federal government to amicably settle the matter and perhaps more importantly, allowing the Court of Appeal judgment in favour of Orang Asli to remain as a future precedent.

The Selangor government has also taken steps towards drafting legislation for the protection and recognition of Orang Asli lands but this initiative has not yet come to fruition.

That said, it must be acknowledged that the Selangor government has not cleared the Orang Asli land reservation backlog, suggesting a disturbingly similar lack of priority and urgency in protecting Orang Asli customary land rights.

The Kelantan state government has fared much worse. There are no gazetted Orang Asli lands in the state of Kelantan despite the prior and continuous inhabitation and occupation of Orang Asli customary lands by more than 10,000 Orang Asli! The barrage of mainstream media reports in January and February 2013 on alleged encroachment and taking of Orang Asli lands over the past few weeks do not help the Kelantan state government, and indeed PR.
The lack of consistency in Orang Asli land policies in PR-ruled states perhaps can be attributed to a possible lack of consensus among members of the PR coalition on a coherent and consistent position on Orang Asli customary land rights.

Recognition and protection of Orang Asli customary land rights, as important as they may be to Orang Asli, do not appear to be on the menu of election pledges at this stage.

In any event, PR has yet to offer an attractive alternative for Orang Asli customary land rights and has some work to do before they can claim that they have conclusively outdone BN in this respect.

Consequently, an Orang Asli voter, who is likely to be subjected to the brunt of the extensive BN government election machinery may not feel compelled to change his or her allegiance based on the potential for Pakatan Rakyat to manage the issue of customary land rights any better.

Notwithstanding this, increased Orang Asli awareness about their rights and better internet penetration among Orang Asli may potentially swing the pendulum in Pakatan’s direction. The benefits of voting for a more balanced government where minority votes and aspirations truly count cannot be underestimated and may even fuel future political initiatives towards the recognition of Orang Asli customary land rights.

For Orang Asli who do not share this view, their political choice may well be influenced by traditional perceptions that only BN can deliver on development promises, actual and perceived control of the Jabatan Kemajuan Orang Asli over Orang Asli and their headmen, and short-term election promises and rewards. Unfortunately for PR, preservation of the status quo would potentially tilt Orang Asli votes towards the BN.

After this article was written, Pakatan Rakyat released its Manifesto Rakyat on 25 February 2013 pledging to “reserve” and “return” 141000 hectares of Orang Asli land “to shape their own lives by giving them control over their lands”. This pledge suggests a possible PR move towards the recognition of Orang Asli customary lands.

However, the figure of 141000 hectares, which seems to be consistent with the Department of Orang Asli Affairs’ national statistics as at 31 December 2008, refers to officially acknowledged land and does not include all customary land occupied by Orang Asli. Further, the figure fails to take into account a substantial portion of these lands that have been degazetted, alienated, reserved or otherwise dealt with by the individual states since December 2008. How will PR manage these issues should they succeed in the upcoming GE 13? The irresistible conclusion is that the figure of 141000 hectares, like many other election manifesto figures and pledges, is not cast in stone.

While PR may possess the constitutional power to requisition whatever land from the individual states for federal purposes (Orang Asli and their welfare) should it come to power in Putrajaya, it remains unclear how the terms “reserve” and “return” used in the Manifesto Rakyat would translate into legally enforceable land rights for Orang Asli. Nonetheless, this unprecedented manifesto pledge may well appeal to a substantial section of the Orang Asli electorate given the importance of customary land to Orang Asli.

On 6 April 2013, BN issued its own set of election pledges ostensibly attempting to address Orang Asli customary land issues. BN promised to set up a special court presided by a judge and ‘community heads’ to deal with ‘NCR’ issues and to gazette ‘all native customary land in close consultation with state governments’.

However, BN’s use of technical terms like ‘native’, ‘NCR’, ‘native customary land’ raises considerable doubt as to whether these pledges refer to Peninsular Malaysia Orang Asli at all. In usual parlance, these terms are used in the context of rights belonging to ‘natives’ of Sabah and Sarawak, defined and treated separately from Orang Asli under the Federal Constitution. In fact, BN uses the term Orang Asli in its pledge, possibly therefore drawing a similar distinction between Orang Asli and natives of Sabah and Sarawak.

Further, the pledge for ‘consultation’ with only ‘state governments’ and not Orang Asli suggests BN’s continued top-down management of Orang Asli customary lands, which as earlier observed, has worked to the disadvantage of Orang Asli.

Yogeswaran Subramaniam, an Aliran member, is a lawyer who specialises in Indigenous land rights. 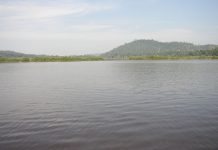 Now I get why this article http://www.themalaysianinsider.com/malaysia/article/orang-asli-community-has-crucial-role-in-choosing-government/ appeared on MI, as it is obvious proganda to refute they have treated the Orang Asli badly.