Mustafa K Anuar reviews a compelling book for those those concerned about Islam, identity politics, power relations, ethnic relations and democracy in Malaysia.

Identity politics, which revolves around ethnicity and religion, is very much embedded and, often times, exploited in Malaysian politics. This social reality is the thrust of this volume, which is the outcome of an ethnographic study of identity politics in Malay-Muslim majority Malaysia.

This 272-page book is divided into eight chapters: Identity formation and its articulation; Malayness and Islam; Ordered spaces: Naming places and defining boundaries; Engineering Muslim Malay identities; Other Malays and Malaysia(n)s: Resistance and change; Islamicity: Experiencing the divine light; Between a cosmopolitan ethic and the politicide of the Malays; and Conclusion.

In this study, the author immersed himself in, among other things, “rituals, feasts, celebrations, habits and written or oral traditions” in predominantly Malay communities in various parts of Peninsular Malaysia. This research was conducted in part driven by the author’s desire “to find out what the Malaysian case may have to say in more general terms about living together in multicultural societies and in particular about how Malaysians negotiate a multitude of ethnic, cultural, religious and political identities” (p. 9).

Such is the nature of the three-and-half-year study especially when one aims to examine Islam, which is recognised as a way of life, and Malayness – the very “twin factors,” if you like, of the constitutional definition of being Malay in Malaysia. Although defined constitutionally, being Malay and Muslim can mean many things to many people in different social classes and contexts, which is clearly the object of the study concerned.

In other words, the identity marker of Malayness and Islam has become a contested terrain where the state and civil society stakeholders, namely the liberal elements and the reactionary forces, compete vigorously. Indeed, the Malay ruling elite, in their interest to maintain cultural and political hegemony over the populace particularly the Malay communities, would “dominate, accommodate and negotiate” with various stakeholders in civil society.

Tension, conflict, resistance and even concession are bound to occur as various groups – such as Sisters in Islam on the one hand and Muslim Brothers, Teras, Badai and Perkasa on the other hand – strive to forge their respective definitions of Islam and Malayness into the public sphere. The conservative elements, which habitually claim to represent the Malay-Muslim majority, do not condone, let alone encourage, differing views of Islam and Malayness.

Often, the silence of the so-called “silent Malay-Muslim majority” encourages the reactionary Islamic elements to take centre stage and dominate civil society. This, as this study shows, can be brought about when the reactionary forces indulge in labelling and demonising those who oppose their views as “anti-Islam” and “infidels”. As a result, they occupy a strategic and dominant position, where they determine the parameters of Islamic discourses.

And if this approach is not sufficient to rein in the supposed “recalcitrant” liberal Muslims, the conservative elements indulge in the politics of fear within the Malay-Muslim communities, such as the perceived threat of mass conversion to Catholicism, as claimed by Perak Mufti Harussani Zakaria in 2006 (p. 206). And given the politics of ethnicity and of divide-and-rule in the country, it would not be an exaggeration to argue that such a tactic can also be employed in the desired objective of gaining consent and support for a particular ethno-religious-based political party.

Ethnic and religious identities may be socially, culturally and institutionally allocated where state institutions, civil society and social and cultural practices generate the discourses within which ethnicity and religious memberships are constituted. In this context, there are times when the state feels compelled to negotiate or lend its support to the conservative elements whose views are loud enough to marginalise the voices of the majority Malay-Muslims and minority others.

The author observes that there are many Islamic laws, apart from cultural traditions, that govern the lives of Muslims in modern Malaysia. But the implementation of these laws that are purported to protect the faith of the Malay-Muslim communities may not necessarily be just and fair. As rightly pointed out by the author, there is a class dimension to religious policing. The raids conducted by the moral police in the city of Kuala Lumpur to monitor and curb occurrences of khalwat (close proximity), for example, are often focused on cheap hotels, not the five-star ones where the rich and famous Malay-Muslims patronise.

Indeed, many of the rich Malay-Muslims are not overly concerned by the growing moral policing primarily because they are relatively immune to such religious intervention. An example given by Hoffstaedter is the raid in 2005 by the Federal Territory religious authorities on the upscale nightclub Zouk in Kuala Lumpur. The sons and daughters of Kuala Lumpur’s elite were caught, which subsequently gave rise to loud complaints from their influential parents.

The outcome of this incident was that “the government decreed that the religious police stay away from five-star establishments, which include bars, clubs and hotels. The reason offered was that it would abrupt tourism, a major economic sector in Malaysia, and give Malaysia a bad image’’ (p. 181).

The above example seriously implies a violation of the principle of justice that is otherwise promoted and sanctified by Islamic teachings.

The immense attention given to the Malay-Muslim communities by the state, contends the author, invariably resulted in the relative neglect and “discrimination of Chinese, Indians and Orang Asli as minorities, whose place as equal Malaysian citizens is contested by the Malay majority’’ (p. 26). The interaction and relationship between the Malay-Muslim communities and their non-Muslim counterparts also help to define the identities of the Malay-Muslims as well – among other things, notions such as Malay supremacy prevail in the national discourse.

Troubled by worsening ethnic fragmentation, the state, under the brief leadership of Abdullah Ahmad Badawi, had introduced the concept of Islam Hadhari or Civilisational Islam, a supposedly universalising identity marker in Malaysia that would take into consideration the interests of both Muslims and non-Muslim communities. The concept, Hoffstaedter points out, was short-lived as it failed to gain support even among (Malay-Muslim) government functionaries for a variety of reasons, one of which is simply that there’s only Islam, not Islam Hadhari.

But competing interests and contestation are also found in the cultural domain, where the power of the state to define cultural forms and practices is challenged, if not subverted, by people in the arts.

One interesting case cited by the author is the controversy surrounding Kelantan’s traditional art form of Mak Yong. Students of cultural politics would profit from the author’s analysis pertaining to the politics of contestation in the arts. Mak Yong has been considered by the Pas-led Kelantan government as being un-Islamic primarily because of some Hindu elements inherent in it. The ruling party called for the “purging” of the Hindu elements in Mak Yong.

And yet, resistance was waged by local Mak Yong performers through the use of the artistic tool of humour to ridicule, if not subvert, the local ruling elite. The author also detects that certain performers “use the Muslim pseudonyms only for the first couple of minutes before changing back to the Hindu names” (p. 124).

Additionally, the ideological struggle waged in this contested site gained an added impetus with the intervention of rival United Malays National Organisation (Umno) party that encouraged the performance of Mak Yong in Pas-led Kelantan, which was touted as a Malay heritage to be proud of. In this instance, the local performers preferred to struggle on their own steam rather than being wedged between Pas and Umno in an ideological and political war that both had vested interest in. Besides, it is crucial that these artistic people used their very own voices to narrate and preserve their long-held tradition and heritage.

This study, as intimated above, also examines the marginalisation of minorities in society. And they include the Indian Muslims. However, Hoffstaedter argues that he consciously avoids engaging with the exclusion of Indian Muslims, “who are arguably doubly excluded. On the one hand they are marginalised for being non-Malay, on the other hand they are Muslims and therefore subject to Islamic laws they have little control over’’ (p. 27).

In response, I would argue that the author should have incorporated the Indian Muslims into his study as this community provides an excellent case of how identities can be very fluid and dynamic to the extent that some of them have been accepted and recognised as “Malay” via intermarriage, Islamic practices and also the politics of ethnicity. In fact, history has shown that a few members of this community have even reached the top echelon of a political party that champions Malay supremacy.

In his conclusion, the author asserts, among other things, that Malaysia has failed in its attempt at multiculturalism in the larger context of the politics of divide-and-rule. To help overcome this obstacle, he proposes that the individual has to be freed from “the tyranny of racial-cum-religious politics and return agency to the individual. This includes allowing all individuals, especially Malays, to choose their religion’’ (p. 227).

While this proposition can be regarded as unthinkable in contemporary Malaysia where the constitutional definition of Malay is interlinked with Islam and where there already have been vigorous initiatives to draw up an anti-apostasy law for the Malay community, the author’s remark and his entire study, however, serve as a useful reminder that Islam is indeed universal in that it is not congenitally connected to any ethnicity nor station in life; it’s the degree of piety in the widest sense of the word that counts. The creation of different tribes and nations is meant for us to celebrate diversity and humanity in all its various forms. This message is clearly imparted in such Qur’anic verses as the following:

O mankind! We created you from a single (pair) of a male and a female, and made you into nations and tribes, that ye may know each other (not that ye may despise each other). Verily the most honoured of you in the sight of Allah is (he who is) the most righteous of you. And Allah has full knowledge and is well acquainted (with all things) (Qur’an, Surah 49: 13).

This book, in which the author has shown his meticulous handling of the finer details, makes a compelling read especially for those concerned with Islam, identity politics, power relations, ethnic relations and democracy in Malaysia. 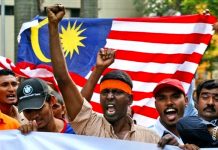 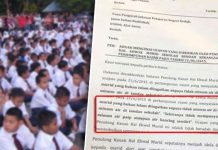