History taught in schools should be a people’s history that gives adequate recognition to a broad spectrum of social movements and which is people-centred, not elite-focused, says Andrew Aeria.

If anyone from the Ministry of Education held an honest, open and non-patronising discussion with our secondary schoolchildren on the subject of history as it is presently taught in school, they would discover that a huge majority of students view it as a painfully boring and utterly worthless subject.

They would also discover that students learn practically nothing from the subject. Instead, students only force themselves to memorise vacuous facts about people and events merely to pass their exams; an indoctrination exercise that defeats the whole purpose of why we educate our children in the first place.

I should know. I taught an introductory level university course, ‘Malaysian Social History’ to undergraduates for a few years. And to my astonishment, I discovered how intellectually and emotionally impoverished my undergraduates were about history. Not that they had not studied and even passed the subject with flying colours in their SPM/STPM exams, but because what they had previously memorised in school was simply not worth remembering! Stunned by their lack of interest in the subject, I examined the current school history syllabus and its teaching methods. I discovered to my horror and dismay that it is presently more predisposed to Soviet-style propaganda instead of being a subject that nurtures a passionate appreciation of our rich heritage and common humanity.

Hence, I was pleasantly surprised when I was invited by a group of concerned parents and scholars in mid-May to participate in the formation of a committee to assist the government revise the current history syllabus to be more representative of facts, events, processes and personalities in all its diverse, kaleidoscopic dimensions.

Calling ourselves Kempen Sejarah Malaysia Sebenar (KemSMS), the campaign comprises over 20 distinguished individuals from academia and other reputable civil society organisations from all over the country. KemSMS aims to hold workshops to highlight and raise public awareness about the inaccuracies and inadequacies of our current history syllabus. KemSMS also aims to undertake scholarly reviews of the current syllabus so as to input our informed views as a complement to the on-going parallel government review process of our history syllabus and its teaching.

I came away from that Sunday afternoon meeting with the impression that KemSMS wants to present a well-researched, substantive, informed, coherent and persuasive argument that the history taught in our schools should focus on the role and contributions of all communities.

KemSMS also hopes to convince the Ministry of Education that the history taught in schools should be a people’s history; one that gives adequate recognition to a broad spectrum of social movements and which is people-centred instead of being elite-focused. In other words, the history our children learn about should be social history rather than one that focuses on select individuals and key events that politicians wish to glorify for their own partisan ends. As well, it should focus on the roles and contributions of women and not only of men. It should also have a liberal and progressive outlook.

Furthermore, the subject matter of history should encompass all regions in Malaysia, i.e. it should account fairly and give due emphasis to Sabah and Sarawak and not only be KL- or peninsula-centric. Finally, history as taught in schools should place Malaysia in a wider regional and global context that celebrates our common humanity despite our unique, diverse civilisations.

KemSMS clearly has its work cut out for it. But all long journeys begin with a first step. I am optimistic.

Concerned parents, members of the public and representatives from civil society organizations met on 15 May 2011 in Petaling Jaya to discuss the establishment of a movement to campaign for a truly Malaysian history

During the meeting, presentations were made on the shortcomings of the existing syllabus and textbooks by various scholars and study groups. The meeting was also briefed on the progress of a petition campaign calling for the review of the history syllabus and textbooks used in Malaysian schools and institutions so as to reflect a more objective and truthful history not associated with any political or other agenda.

The online petition has attracted wide support and can be viewed at www.ipetitions.com. A parallel hard copy signature campaign has received similar strong support. Members of the public are encouraged to view and sign the petition which will be presented to the authorities soon.

The meeting elected a multi-racial committee with representation from different regions of the country and communities. The committee also includes academics and educators who are respected historians and social scientists to lead the campaign, which is expected to go nation-wide in the next few weeks.

The newly elected committee called on all Malaysians to support its objective of helping in the reform of history education so as to provide young Malaysians with a liberal and progressive approach to Malaysian and world history that is balanced, truthful and gives due recognition to the contribution of all civilisations, personalities and communities that have helped to shape national and global historical events.

BN calling the shots in committee to curb ‘fake news’ 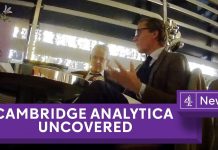 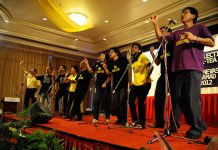 Aliran down the ages (Video)

I wish you had elaborated more on specific items you found in the history books that told you something was wrong. All I know now is that you didn’t like what you found.

Check out the Literature Book for Form 5, by Anne Fine, Step by Wicked Step.

The book centres around five children, none of whom are living in a normal family environment, with their own biological parents.

They are from broken homes, with parents living with partners out of wedlock, one parent living with 3rd step mother!! What kind of reading is this for the young mind? What moral values do these books impart to our kids, what books is the Education Ministry exposing our children to?

Who are the people who select what our children study?? Very disappointing, so what’s the point of us parents screening what our kids read??

Can we have a more educated selection, please?? There are enough classics to keep young Malaysian minds engaged.