In the Australia-Malaysia refugees-for-asylum seekers swap deal recently inked, vulnerable displaced eople are being treated like commodities that can be bartered, writes Angeline Loh.

Aliran sees the deal initiated by Australia to send 800 asylum seekers to Malaysia for processing in exchange for 4000 processed UNHCR refugees, as undermining asylum seekers’ safety.

Not only does the Australian government reveal its double standards in its selection of non-party states to the 1951 Refugee Convention, it also appears to treat asylum seekers as commodities it can use to make trade-offs. It is seen to be out-sourcing the refugee assessment process to countries in the region willing to co-operate in this scheme – with no consideration for the protection of asylum seekers and their human rights.

In making such agreements, not only with small surrounding island states like Nauru, Papua New Guinea, and Christmas Island, the Australian government appears to be seeking larger areas to establish ‘prison colonies’ for potential asylum seekers and undocumented immigrants entering Australian waters.

The A$300m deal with Malaysia will not “put people smugglers out of business” or “prevent asylum seekers making the dangerous journey to Australia by boat” as Australian Immigration minister Chris Bowen anticipates. It will also not dissuade asylum seekers from getting “on that boat”.

Instead, it will increase over-crowding in Malaysian immigration detention centres, crackdowns by Rela, immigration enforcers, and other security enforcers and intensify human rights violations by state actors and private citizens. The situation will be further aggravated by increasing incidences of corruption and extortion to which undocumented asylum seekers and even UNHCR-confirmed refugees are vulnerable. The criminalisation of being an ‘irregular’ or ‘undocumented’ foreigner in Malaysia contributes to an environment of suspicion and prejudice towards foreigners in the country.

READ MORE:  What it takes to be Malaysian

If the Australian government complains of immigration detention centre riots, it appears to be unaware that riots also occur in immigration detention centres in Malaysia very likely due to the inhuman conditions of these places and the rampant human rights abuse that goes on within their walls. Riots in such centres have erupted since 2008, notably in the Lenggeng centre in Negeri Sembilan.

The Australian Prime Minister appears to admit that she is aware of the terrible and squalid conditions of these centres in Malaysia as well as the difficult living conditions in which asylum seekers and refugees are forced to live like ‘fugitives’, simply because they are not legally recognised in this country.

The Australian PM refers to the possibility of being sent to Malaysia as a ‘risk’ : “I want to be very clear about this: under this arrangement if someone seeks to come to Australia they are at risk of going to Malaysia and going to the back of the queue.” – J. Gillard, PM (Herald Sun, 9 May 2011).

The Australian government, however, is intent on pushing this hard-line scheme through without any qualms. The deplorable result of this is that neighbouring countries like Thailand and Indonesia faced with influxes of asylum seekers (particularly from Myanmar) also want to strike similar deals with Australia. These countries maintain similar human rights records to Malaysia in their treatment of asylum seekers and refugees.

Although efforts by Malaysia, in cooperation with Australia, to combat human trafficking are commendable, measures to stem the flow of asylum seekers appear to avoid the root of the human trafficking problem. Instead, the potential victims of this illicit trade are being punished by Australia as well as Malaysia, instead of the kingpins of the trafficking syndicates.

In 2009, Malaysia was upgraded from Tier 3 to Tier 2 of the United States Watchlist. But there is still much to be done before Malaysia can be taken off the Watchlist and this may be a step towards that end.

Nonetheless, both the Malaysian and Australian governments appear to be targeting the victims rather than the perpetrators of human trafficking by trying to eliminate human smuggling instead.- without differentiating between the two or being definite about what constitutes trafficking in persons as opposed to merely illegally contracting to transport persons for payment.

It is appalling that Australia, a state-party to the 1951 Refugee Convention, which should better appreciate the complexities faced by asylum seekers and refugees, should decide to trade off its responsibilities to countries that have not ratified the Refugee Convention – countries whose human rights records are far from acceptable, let alone exemplary.

Paradoxically, Australia’s move to ‘out-source’ its refugee assessment obligations comes at a time when asylum seeker arrivals seem to have dropped i.e. from 2000 in 2010 to 940 in 2011. Yet, there is no guarantee that numbers will dwindle in future simply because boatloads of asylum seekers will be diverted to Malaysia and its Asean neighbours.

As it is, thousands of asylum seekers in Malaysia are still waiting to be registered by the United Nations High Commissioner for Refugees for refugee status determination.

It would be wiser for the Australian government and Asean to cooperate in efforts to solve the refugee and human trafficking problems at their roots rather than to seek to stem the tide of asylum seekers fleeing from internal conflict and repression in their countries. Moreover, Australian taxpayers will remain uncertain as to whether their money is being used for the right purposes in other countries where they have no access to such information.

Further, the Australian and the Malaysian governments must be transparent about this bilateral deal. They must publicly disclose the timeline for negotiations, details of what is being negotiated, how large numbers of asylum seekers will be managed and if safe-guards for their protection and security will be put in place.

Both governments should consult civil society refugee and migrant advocates and refugee communities in both countries before making arbitrary decisions that will overburden an already encumbered, slow-moving, under-funded and under-staffed UNHCR system. Refugee and civil society stakeholders should also be allowed to participate in these negotiations as the repercussions of such decisions will directly impact them.

The Malaysian and Australian premiers’ pledges to observe non-refoulement and humane treatment of asylum seekers and refugees ‘according to human rights standards’, remains to be seen in practice, as no guarantees have been given that these pledges will be kept. 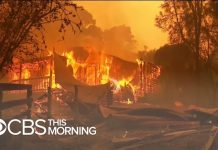 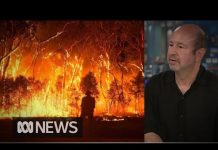