… for Aminulrasyid, Azzamudin, Mohd Afham, Norizan Salleh, Shahril Azlan and A Kugan … as Lawyers for Liberty submit a memorandum to the Home Affairs Ministry.

Is there no justice and rule of law in Malaysia? Can the police abuse their powers as they please and escape the law, justice, criminal prosecution and disciplinary action for all the unjustifiable and unlawful shootings, deaths in custody and torture?

We are here to remind Home Minister Hishammudin Hussein of the serious cases of police brutality over the last 2 years that are still awaiting justice and answers. The family members, survivors, supporters and their lawyers will not be deceived by the authorities’ half-hearted actions on these cases while hoping that in time, the uproar over these cases will fade away.

We remind the Home Minister the names of these young Malaysians and what they have suffered at the hands and guns of the police:

Only one policeman was charged for manslaughter but no charges or serious disciplinary actions for the other policemen involved in the fatal shooting of the juvenile driver of a car and the subsequent cover up of the case by making false allegations and fabricating evidence against Aminul and Azammudin, including Selangor CPO Khalid Abu Bakar. There was also no apology from the police or government officials but instead they sought to blame the parents for not watching their children.

Azammudin was Aminul’s passenger in the car on that terrible night which traumatised the nation. Although he escaped almost certain death, he was assaulted by several policemen after the incident, and one policeman aimed his weapon at this schoolboy – ready to shoot but only stopped due to the arrival of another police vehicle. No charges or serious disciplinary actions were preferred against any of the police personnel involved.

READ MORE:  Five reasons why Zamri, others must withdraw from missing persons ‘taskforce’

He was shot dead by the police. His friend Mohd Firdaus Marsani, 19, who was also shot at, said that three unidentified persons (who later turned out to be plainclothes policemen) on motorbikes chased their motorbike and shot at them. The police as usual claimed that they were criminals and had weapons threatening the police. No charges were laid against any police personnel for causing death, grievous hurt or for fabrication of evidence.

The single mum was shot five times by the police while travelling in a car with another person. She was then pulled out from the car and kicked and beaten. There was no lawful basis for the police to open fire at the car as at no point were the police in danger. No charges have been filed against any of the policemen involved despite an undertaking given personally by the Home Minister to Norizan that action would be taken.

He was shot for trying to avoid a road block due to the car’s expired road tax. The police also attempted to accuse the victim of drug possession and left him there for two hours before an ambulance arrived. He was offered a few hundred ringgit to cover his medical cost by the police and was promised that action would be taken against the police personnel involved but nothing was forthcoming.

The most shocking death in police custody in recent memory – Kugan’s scarred and tortured body shocked the entire nation. Not only did a healthy young man die after being in police custody for five days with obvious signs of torture, the police and hospital authorities attempted to cover up the death by stating that he died due to “fluid in his lungs.” No one was charged for the murder despite the known identities of the perpetrators. After tremendous public pressure, only one low-ranking police constable was charged for causing grievous hurt.

With a new IGP at the helm of the police force, we urge the Minister to take this opportunity to make a clean break from the police’s long tarnished history and reputation of brutality and impunity, their trigger happy acts, corruption and perceived role as the protector of the rich and powerful and the oppressor of the poor and weak. The Minister is responsible for restoring public confidence in the credibility, trust and professionalism of the police force which even the most blinkered officials will acknowledge is extremely low.

There is no short cut in the road to police reformation and redemption. Hard decisions will have to be made and those in power and positions will certainly attempt to resist. Despite all the failed promises and half-hearted attempts to placate the public, civil society and the many victims and survivors of police brutality, we strongly urge the Minister to commit to do the following:

Propose that the Prime Minister and Cabinet publicly apologise to victims and survivors and accept unreserved responsibility for the unlawful actions of the police force, which they have shielded from criticism and reform.

Submitted by Lawyers for Liberty and the family members/ survivors

Lawyers for Liberty is a human rights and law reform initiative that seeks to challenge the many unconstitutional, arbitrary and unreasonable decisions and acts perpetrated by the government, its agencies and other public authorities. 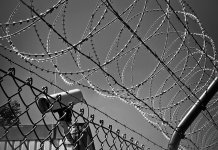 TRIGGER HAPPY I REMEMBER VERY CLEARLY WHEN I JOINED OUR ROYAL MALAYSIAN POLICE FORCE IN 1968. We were the first para troup grouop that was supposed to be trained for 9 months but may 13th broke out and we was out in the midst of everything. To be honest we did not even know how to handle a 38 special. In fact one police man was fooling around and shot and killed a kid. i remeber clearly as it was i who picked up the kid and rushed to hospital where he died in my arms. he was MALAY. I felt pain and even though the riots was out side between the malays and chinese and indians i never took any side as as police manwe had no colour excdept the color of the police force . we swore to SERVE AND PROTECT THE COUNTRY AND OUR PEOPLE. What has become of the force is that when politicians use iot to enhance thier dirty motives , the force becomes currupt and the motto of the force dies in curruption. I was in chage of a beat… Read more »