Rising food and fuel prices mean the real purchasing power of workers’ wages is plunging fast. What we have seen is economic growth that has only benefited business owners, thus increasing the income divide. Are we to deny workers the very basics in life just so that businesses can thrive and record huge profits, asks Syed Shahir Mohamud.

The May Day celebration this year carried a very special significance for workers in this country. Malaysia is at a point in her history where there is a revolutionary shift in its entire political paradigm, which would include the rights of workers and trade unions.

Trade unionism, just like many other civil institutions in this country, had been under relentless attack by a Government which implemented policies that favoured the rich at the expense of the workers of this country. The contribution of workers towards the success of this country cannot be denied, and yet there has been little attempt to grant a fair slice of the pie of economic progress to us.

We are experiencing a global phenomenon of rising food prices, which threatens to put a large number of people into a state of poverty. We see the level of real wages diminishing, despite increasing profits for businesses. We also see the trampling of basic human rights and the continuous undermining of the institution of trade unionism. It is unacceptable that this should be so despite the fact that the world is experiencing a period of unprecedented economic growth.

Where have we gone wrong? I firmly believe that this is the result of continuously neglecting all areas of social development, with the main and sometimes sole emphasis being the economic advancement of the minority who control the global economy.

Support the struggle to build a New Malaysia based on Justice, Freedom, Solidarity:
READ MORE:  Should the police be in business?

The concept of the free market based on its original intent has failed. We do not live in a world where enterprising individuals can reap success through industry and hard work. We live in a world where neo-liberal globalisation has persistently dictated that monopolies and oligopolies control the global economy.

The state of affairs for workers and trade unions in this country can be described as unfortunate. For decades there had been in place a regime intent in suppressing dissent, and trade unions bore the brunt of the stifling of democratic rights. Workers have had a price to pay for this. The arrogance of the establishment can be illustrated by the recent passing of the amendments to the labour laws, which in many instances gives an absolute initiative to employers.

Since the country attained independence in 1957, the government has continuously sought to cripple the trade union movement and the rights of workers. The right to strike exists in law, but in practice it is non-existent. A trade union cannot organise a strike once a dispute has been referred to the Industrial Court. The Human Resources Ministry could therefore frustrate and halt a planned or anticipated strike action by the stroke of a pen just as soon as a reference of the dispute to the Industrial Court is signed.

The same has been done a few months ago with the right to picket. Even a simple demonstration by workers expressing their dissatisfaction regarding abuses by employers during their off working hours in order to communicate it to the public to create an awareness and gain sympathy was curtailed. Again, the ever-powerful Human Resources Ministry can intervene and stop a lawful picketing action at their whims and fancies.

Trade union recognition, already an issue as a result of delays caused by the incompetence of the Human Resources Ministry, has been further complicated by the recent amendments.

What is most distressing is that the amendments were rushed through despite opposition from the MTUC. The country’s national labour centre was disregarded and insulted. By the same token, this amounts to a total disregard of the rights of the ordinary citizens of this country, where most of us work honestly just to eke out a decent living for ourselves and our families.

If the government is interested in listening to the voices of the people, it should now consider repealing the recent amendments to the labour legislation and invite the MTUC for a dialogue to discuss the way forward.

Competitive advantage conundrum and workers’ place in the equation

The race to the bottom in terms of safeguards for workers, the underprivileged of society and the poor is on and has grown to be global competition. In the name of maximisation of profits, assisted greatly by the unshackled trade liberalisation policies of international trade, all stops are pulled out to lower wages.

I am not going to argue against any global expansion of trade. I am going to insist though that any trade growth and economic expansion must benefit the workers of this world. What we have seen is a growth which has only benefited the owners of businesses thus increasing the income divide.

If this serious income divide issue is not solved, it would only create more social issues, which would then take decades to resolve.

In the name of competitive advantage of nations, the masses are being affected. Real income levels are falling and there are more people now who live in relative poverty.

At the level of the organisation, income disparity is widening in an extremely unfair proportion. The wage gulf has widened and more ingenious forms are being created to further develop this disparity. As an example, many enterprises have share schemes for their employees. Many of these schemes are restricted to the upper tiers, whilst in others the distribution is disproportionate and favours those in the higher echelons of the hierarchy.

It is morally wrong to deny the people of this country a minimum standard of living. Must we deny our nationals the minimum basics in life so that businesses can thrive and record huge profits?

Even in cases where hundreds of millions and even billions of ringgit are made in profits, businesses deny workers wage adjustments during collective agreement negotiations which would not amount to more than a few hundred ringgit per employee per month.

Workers of Malaysia, rise to the occasion!

It is now time for trade unions and workers at large to start voicing out issues without fear. We must be united in our efforts to make Malaysia a better place to live for all people – not just the minority who hold the economic and political power.

Let us be brave in coming out in droves to protest against any unjust treatment of our fellow workers and against the implementation of unjust laws. In our spirit of togetherness, we will find that our cries for just treatment will be heard loud and clear.

Syed Shahir, president of the Malaysian Trades Union Congress, delivered this address on Labour Day, 1 May 2008.

High food prices force consumers to live beyond their means

Should the police be in business? 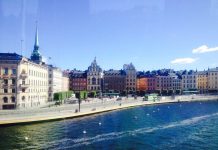 Efficient Sweden among top ten in ease of doing business