Non-Muslim husbands who abandon their spouses and their families and convert into Islam have acted in an irresponsible manner leaving them in the lurch. When these wayward husbands convert their children without the consent or knowledge of their spouses, they inflict further trauma and pain on their spouses and leave them helplessly in an agonising situation. When these suffering spouses turn to the civil courts for justice, they are treated unjustly. The recent event involving R Subashini is a case in point. We carry three reactions from civil society organisations to highlight this problem.

In the first reaction, Honey Tan Lay Ean says that the palpable sense of injustice and disillusionment surrounding the case makes a mockery of the upcoming Merdeka celebrations.

The All Women’s Action Society (Awam) reads with concern the decision handed down by the Court of Appeal in R. Subashini’s case. The main impact of that decision was that her husband, T Saravanan, may convert their children without her consent, commence proceedings in the Syariah Court to dissolve their marriage and take custody of their children.

We are disturbed by Justice Hasan’s judgement that R. Subashini should seek remedy from the Syariah Court in this matter. Similarly, we note with concern Justice Suriyadi’s comments that T Saravanan is well within his constitutional right in bringing matters concerning his civil marriage to Subashini to the Syariah Court. This is contrary to the Federal Constitution, which clearly states that Syariah laws only apply to people professing the religion of Islam. R Subashini is Hindu. We ask: what of R Subashini’s rights and the rights of her children?

Support the struggle to build a New Malaysia based on Justice, Freedom, Solidarity:
READ MORE:  The People v Najib Razak Ep 51: Alone in the dock

R Subashini’s marriage to T Saravanan was conducted under the civil system. By forcing her to seek relief through the Syariah Court, R Subashini is deprived of her legal rights under the Law Reform (Marriage and Divorce) Act 1976.

The first principle of the Rukun Negara is ‘Belief in God’. Religion plays a significant role in our lives. It is unjust that one parent is deprived of having a say on an important matter which has a great impact on their children’s future. Furthermore, R Subashini’s children were not given a choice as to whether they want to convert to the religion their father had chosen for himself.

There is also a larger moral question of the anguish suffered by R Subashini and other women in her position. Even if she were to eventually win custody of their children, she may be prevented from imparting the knowledge of her religious traditions to her children. This happened in Shamala’s case. Awam fears that every move she makes in bringing up her children may then be scrutinised to ensure that she does not “expose” her children to Hinduism. At a time when religion has become synonymous with ethnicity, unfortunately this may also extend to Indian culture.

R Subashini’s case is symptomatic of problems in the everyday reality of negotiating rights and legal jurisdictions under the Federal Constitution. We agree with Justice Sri Ram’s dissenting judgement on this case that the Federal Constitution “confers jurisdiction on a Syariah High Court in civil matters where all parties are Muslim”, and that any other interpretation would be unjust towards non-Muslim spouses.

The Federal Constitution is not simply a document. Certain interpretations on the matter of jurisdiction have far-reaching social consequences, beyond the two parties confronting each other in court.

First, how could any non-Muslim woman feel secure in marrying and having children when her husband could potentially threaten to convert and thus take her children away? Awam fears that violent husbands could use this threat to prevent women from reporting cases of domestic abuse, forcing them and their children to suffer in silence.

Secondly, the way with which cases such as Subashini and Shamala was handled does nothing to help the cause of national unity. The palpable sense of injustice and disillusionment makes a mockery of the upcoming Merdeka celebrations. How much have we achieved as a nation, really, when pain and injustice are shrugged off as collateral damage? Fifty years after we have embarked on realising the hopes and dreams of a free nation, Malaysians are more disconnected from each other than ever.

Stay connected, current and committed to justice. Aliran Monthly delivers the truth right to your doorstep every month at only RM30 a year — which is far less than your newspaper bill each month. All you have to do is click here to subscribe.

Justice was never won without personal sacrifice – whether measured in time volunteered, energy devoted to a cause, or financial support generously given. Aliran needs your support in our struggle for justice. Your contribution no matter how small will be like a droplet that builds up into a wave of change. Click here if you would like to contribute financially.

Honey Tan Lay Ean is the Executive Director of Awam. 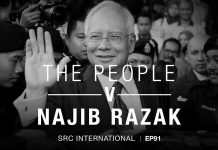 The People v Najib Razak Ep 91: The end is near 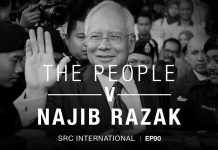 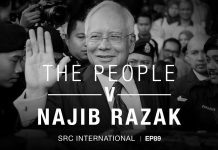 The People v Najib Razak Ep 89: You should have known