Martin Jalleh takes to task those who used irrational arguments to justify their irrational behaviour in disrupting the Article 11-Aliran forum in Penang recently.

It appears that Article 11, a coalition of 13 civil society groups, and Aliran, the co-organisers of a public forum entitled ‘Federal Constitution: Protection for All’, should be indebted to the mob that disrupted their forum recently.

In what could be considered one of the greatest ironies that Bolehland has seen to date – the mob has proven to the public, especially concerned Muslims and non-Muslims, that what they had feared most, and which therefore prompted them to organise such a forum, was very real and well-founded.

The unruly mob showed that in spite of the country’s Federal Constitution – whether it be in terms of the freedom of religion or expression – there is indeed little protection for all, especially the minorities.

Meant to discuss ways of protecting Malaysia’s constitution in the light of recent conflicts between secular law and the Islamic Shariah system, the forum entitled "Federal Constitution: Protection for All" ended abruptly with the police giving “protection” to a mob!

Alas, instead of protecting the right of those who believe in dialogue and discussion and the right to be heard, the police, it appeared, preferred to take the side of those who chose to display a herd mentality. Instead of dispersing the mob, they dispersed the participants of the forum. Malaysia Boleh!

Perhaps no one best represented the mob and justified their unruly behaviour than Mohd Azmi Abdul Hamid, president of Teras, a Malay empowerment movement.

In an interview with Malaysiakini, he started off by claiming that he was “unaware of an organised protest”.  He added that he had “heard talks about a protest but didn’t know that it was going to be an organised demonstration”.

Of course his explanation was seriously flawed when, later on in the interview, he would say that he had gone to the forum “to express the dissatisfaction of serious Muslims” and to “end the discussion”.

If Mohd Azmi had genuinely felt as he had claimed that “the petition (by Article 11) is being done under the guise of constitutional rights”, he should have attended the forum to “expose” their supposed guise. There was ample opportunity for public feedback as two hours was allotted for Q and A.

But sadly he preferred to join in and later justified the actions of the mob and to cast the intentions of Article 11 and Aliran in a dubious light.  He even described them as being “dishonest”.

Why did Azmi shy away from choosing the intelligent way of discourse, debate and dialogue? Was he afraid that an intellectual engagement, especially with the three invited Muslim speakers would reveal his ignorance and prejudice (and his “dishonesty”)?

Was he trying to portray himself as a “hero” of the Muslims who had gathered there, most of whom were very evidently not even aware of what the forum was actually all about? Was it an ego trip full of guile and in guise? You see, Mohd Azmi, it’s so easy to cast aspersions on the intentions of others!

Former IGP Tun Hanif Omar has offered much wisdom on this point. Writing in his column in The Star (21 May 2006), he said:

“To me, the great pity is that the disturbing crowd did not attend the forum and listen to the proceedings so that they could determine whether the speakers and participants were really humiliating Islam and insulting our Prophet, may peace be upon him!

“That way, they could have determined the truth and not lend themselves to unbridled emotions and the manipulation of obscurantists and misguided leaders’. “ (Hear ye, hear ye, Mohd Azmi.)

“Muslims must act rationally and always seek the truth. The irrational behaviour of some of us marks us out as not being men of knowledge’ or ilmuan but men given to emotions and impulses’ who can be easily exploited.

“If the protesters were knowledgeable about Islam and they suspected that the forum could disseminate inaccuracies about Islam, they could have lent their knowledge to correct the inaccuracies like rational men of the 21st century. I am sure they would have been blessed for their efforts.

“As it was, by besmirching the image of Muslims as rational men in full control of their emotions, I am not sure of its positive value.”

In her letter to Malaysiakini, a certain Fathima Idris mentioned that ‘the demonstrators were merely exercising their constitutional right to peacefully demonstrate against those opposing the Syariah’.

Surely, the protestors had every right to protest and demonstrate – a democratic right which Aliran has been very insistent, persistent and consistent about. But there is no justification for threatening and trampling over the legitimate rights of others.

The protestors were a mob. This was ascertained by the police and those present at the forum, one of whom was Shad Saleem Faruqi, a respected constitutional law professor:

“I was slotted to be a speaker at the forum and witnessed first-hand the triumph of mob rule over the rule of law…If in the presence of a large number of police officers, an unlawful group of intimidators can so easily subvert a lawful assembly, then  the constitutional right to assembly and association is indeed illusory” (The Star, 18 May 2006).

Secondly, contrary to what Fathima Idris had claimed, the forum was not about “opposing the Syariah”. Further, as Shad Saleem Faruqi commented: ‘’No one is challenging the special position of Islam (under the Constitution).”

Coming back to Mohd Azmi, I wonder what his “natural reaction” would be if a reversal of roles were to take place. How would he respond if for instance his group, Teras, were to organise a seminar on Islam in a hotel and others were to display the same unruly behaviour outside, with some barging in to derail the seminar? It is not difficult to imagine the possible repercussions!

Mohd Azmi took a very “clever” jibe at Minister in the Prime Minister’s Department Mohd Nazri Abdul Aziz, who had described the protest as wrong and stupid: “It’s not stupid to protest but it’s stupid to comment without listening to what people have to say…”

Using Mohd Azmi’s own logic, isn’t it also stupid to protest without first listening to what the speakers at the forum had to say?

(Nazri was wrong in calling the actions of the unruly mob “a stupid act”. They were in fact very clever. Those who entered the hall went up to the mike at the back of the hall and demanded that the forum be called off. And they succeeded when the forum was  brought to an abrupt end minutes later upon the strange advice of the police. As for the invisible instigators and those who engineered the illegal assembly, surely they were far from stupid.)

Mohd Azmi’s  ignorance reached its climax when he said: “In general, the space for religious practice and rituals provided here is greater than other countries such as in Europe which prohibits any celebration other than Christian festivals.”

There is really no basis for such a “desperate” claim. Further, it implies that Europe is Christian, which is far from the truth. But is Mohd Azmi really interested in the truth?

Mohd Azmi also accused Article 11 of “just playing around with issues of apostasy and conversion by using constitutional arguments… If you have your point of view, then channel it properly to the highest level. If it’s about non-Muslims rights, they are represented by political parties in the Cabinet.”

“This is where their rights should be discussed, not by holding roadshows because there is already a platform for them to resolve these issues themselves.”

It makes me wonder why Mohd Azmi did not follow his own advice if he was so convinced about it.  Why did he not channel his dissatisfaction “properly to the highest level”?

If the mob had given lawyer and speaker Zaid Ibrahim, a prominent member of UMNO, a chance to speak, and if Mohd Azmi had participated in the forum in a civil and intelligent manner, he could have conveyed his dissatisfaction to Zaid, who in turn could have forwarded them to the highest level.

Shad Saleem Faruqi has captured the implications of what has transpired quite well: “In the last few years…racial and religious polarisation has set in. Narrow-mindedness, intolerance and bigotry, like the type evidenced in the Penang protest, are gaining ground.”

The implicit or explicit support given to Mohd Azmi’s stance is baffling indeed. Such support could for instance be seen in the “no comment” response of SM Mohd Idris who is the president of both Sahabat Alam Malaysia and the Consumers Association of Penang (CAP) – more organisations in which Mohd Azmi holds an important position.

“No comment” is even a louder comment. Is narrow-mindedness, intolerance and bigotry being condoned and even promoted under the guise of the consumer and environmental movement?

In spite of the greater openness and the freedom to express and discuss views engendered by Pak Lah, with the advent of narrow minds (as seen in the episode in Penang), the democratic space for both Muslims and non-Muslims to discuss and deliberate together on matters concerning religion, especially those safeguarded by the Federal Constitution, becomes narrower with each passing day.

Bolehland has often been touted as a melting pot of all races and religion. Very soon it might become a boiling pot with more Mohd Azmis  fanning the fire. Pak Lah needs to act – especially considering the disturbing threat by Mohd Azmi that “the patience of Muslims within this context is wearing very thin.” 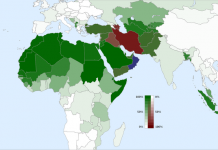 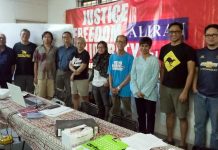