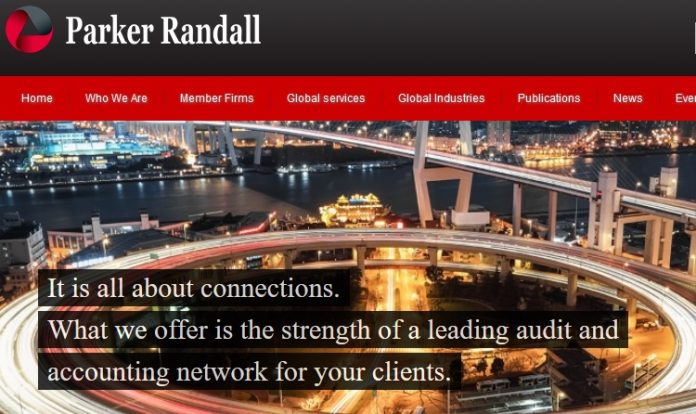 1MDB has gone past the stage of a routine annual audit; a thorough wide-ranging forensic probe is needed, says Anil Netto.

Parker who? That was a common reaction on 5 January 2017, when 1MDB revealed its latest auditor – a little known firm – after three Big Four auditors had fallen by the wayside for one reason or another.

Parker Randall was reported to be an “international auditing firm” with its website revealing “independent member firms” in 50 countries around the world.

One of them is a Malaysian firm by the name of Afrizan Tarmili Khairul Azhar, also known as aftaas with its head office in Rampai Business Park in Setapak and offices in Shah Alam, Ipoh, Kuantan, Johor Bahru and Kota Bharu.

Aftaas’ website can be found here.  Strangely, the “About Us” website pages on the aftaas website describing “The Firm”, “Parker Randall” and “Team Profile” are all inaccessible. See, for instance, the “Team Profile” profile page.

Not to worry; the same page archived on the internet in August 2014 reveals the Malaysian firm’s  line-up. Here you can see that the firm’s name (Afrizan Tarmili Khairul Azhar) appears to be a combination of three of the partners’ names, with the managing partner listed as Mohd Afrizan Husain.

A similar search in website archives reveals that in 2014, aftaas said that “Afrizan Tarmili Khairul Azhar (AFTAAS) has recently admitted to the membership of Parker Randall International, based in the UK”.

Parker Randall’s main office appears to be in London as that is the contact address given in its main website. But its London office website lists only four partners.

Hardly the stuff of a major player in the profession. A friend of mine, who owns an accounting and tax practice in London and has worked there for three decades, said he had not heard of Parker Randall. Take a look at this ranking list (pdf file) of the Top 75 firms for 2016 in the UK published by the influential Accountancy magazine and you can see where Parker Randall stands – or doesn’t.

Indeed, Parker Randall is not a name that springs readily to mind, from my conversations with a few accountants in Malaysia.

So this firm, though it touts itself as an “alternative to Big 4 audit and accounting firms around the world” is nowhere close to being one of the Big Four – unlike the earlier three 1MDB auditors Ernst & Young, KPMG and Deloitte. And even these three top audit firms had huge headaches over 1MDB.

So how was Parker Randall appointed? By tender? We don’t know.

Why did it take almost a year to announce a successor to Deloitte after it tendered its resignation as auditor on 26 February 2016? Why didn’t the official announcement of the appointment of Parker Randall disclose the firm’s local affiliate, aftaas?

What is the fee arrangement? Is it payable to the local affiliate? If that’s the case, what percentage of the audit firm’s gross fees would the 1MDB fee constitute? Will it affect the audit firm’s independence?

How much will Parker Randall be paid?

In early 2016, with the audited financial statements for the 2015 financial year (year ending 31 March 2015) long overdue, Deloitte tendered its resignation as 1MDB auditors. Perhaps it was not surprising: by then 1MDB had become a hot potato.

Deloitte’s intention to resign came well before the US Department of Justice stunned the world on 20 July 2016 with its announcement of a money laundering and asset forfeiture probe into funds allegedly misappropriated from 1MDB.

But why was Deloitte’s intention to resign on 26 February 2016 only revealed five months later on 26 July 2016, six days after the US justice department’s announcement?

Another bombshell was dropped the same day, 26 July: Deloitte announced that its audit reports for 1MDB’s 2013 and 2014 financial statements “should no longer be relied upon”.

1MDB also confirmed that its board had decided that “as a precautionary measure, the 2013 and 2014 audited financial statements of 1MDB should no longer be relied on by any party” pending an outcome in court of the US justice department’s civil forfeiture claim.

These financial statements that now cannot be relied upon had been audited by one of the Big Four firms, Deloitte, which was left “carrying the baby” after Ernst & Young and KPMG had left.

Enter Parker Randall. The crux of the matter is, what is the new firm’s brief?

How is Parker Randall, with more limited resources, going to sort out this mess especially while the US justice department and regulatory agencies in a host of other countries continue their probe?

What will become of the 2013 and 2014 financial statements that “should no longer be relied upon”?

One KL-based chartered accountant with over three decades experience in the financial services sector observed: “If, as Deloitte has stated, the audit reports for the 2013 and 2014 financial statements should not be relied upon, then the starting base for the 2015 audit (for the financial year ended 31 March 2015) would be seriously flawed.”

He said any new auditor would need to look at the preceding years’ (2013 and 2014) accounts to retroactively rectify and present a true and fair view of those years’ results before a reliable audit for the 2015 financial year can be done. “Otherwise the 2015 audit would appear to be little more than a rubber-stamping exercise. So many questions, so few answers.”

These unanswered questions hardly inspire confidence that the black hole left behind at 1MDB will be pored over professionally and independently with full transparency.

1MDB and its new auditor are now completely in uncharted territory as they contend with perhaps the world’s biggest probe into a financial scandal that cuts across many borders.

What is needed for 1MDB is not so much a regular audit but a thorough wide-ranging forensic probe with international cooperation from regulatory agencies and investigators abroad. Matters have gone well past the stage of a routine annual audit. 1MDB is now in ‘intensive care’ – perhaps even beyond that.

Audit firm Parker Randall has the unenviable task of making sense of what’s left on the operating table, even as teams of forensic investigators outside the country pore over the global trail that led to 1MDB’s sorry state. Its performance will be closely scrutinised.

When the Prasarana boss went off the rails