Will workers and unions choose to remain in the ‘restricted space’ provided for them by the British colonial government and now the Umno-BN government, wonders Charles Hector in the final part of a three-part series.

On 31 August 1957, Malaya obtained its independence from the British. Alas, the position of the new Umno-led coalition government, which has ruled since then, has not differed much from the past British colonial rulers.

The struggle for the independence of Malaysia took many forms ranging from armed struggle to diplomatic negotiations – and for some the handing over power to the Umno-led coalition was not real independence and they continued to struggle on.

The Umno-BN government and some leaders continue to be confused as to who the nation was fighting to gain our independence from – the British or the Communist Party of Malaya (and others). Those serving the British colonial government are shockingly still seen as ‘heroes of independence’, and the recent invitation of 31 British army veterans to participate in the 2017 Independence Day celebration highlights this continued confusion.

Some suggest that the British choice in handing over power to the Umno-led coalition, a ‘friend’, was basically to ensure the protection of British-owned companies and assets, and the continued flow of resources and profits from Malaysia to Britain.

All this may not matter, as we now accept that Malaysia is an independent state. What matters is that workers, unions and the labour movement continue to be oppressed and stifled even many years after independence.

The role and influence of the labour movement in the socio-economic and political life and future of the nation continues to be slowly eroded as the current government’s policy is perceived to be pro-business and pro-employer.

The greater concern seems to be to ensure the smooth unhindered operation of business and profits, something that may not change soon as the government too are now employers in the growing number of government-owned or government-controlled private businesses.

Labour movement today and in the future

Malaysia continues with a ‘divide and rule’ policy over the trade union movement – permitting only unions based on occupation, sector and industry while disallowing the formation of unions or federation of unions across different sectors, industries and occupations.

Private sector workers and public sector workers are still prevented from belonging to common unions. The Malaysian Trades Union Congress (MTUC) and Cuepacs continue to be registered as societies.

The control over the trade union movement, unions and workers’ rights and powers was justified through the argument that Malaysia needed to attract foreign investors to set up factories, and hence make available more jobs and income for Malaysia. Low wages and a passive workforce are believed to make Malaysia attractive, and the fact that there have been no strikes for four or more decades is seen as positive.

Well, such justifications may be good for businesses and maybe even Malaysia, but they certainly are not helping workers – their wages remain low and their rights continue to be eroded.

A perusal of laws will see that the Umno-BN government has been continually eroding workers’ rights through various amendments of existing laws and even new laws. [In a previous article “Worker and trade union rights in BN-ruled Malaysia”, I dealt with this erosion of rights.]

Workers’ rights education is also not a priority, and it is not even in our education curriculum. Hence, many workers are not even aware of their existing rights in Malaysia and, more importantly, how they can claim it. The government also does not seem to be bothered about the inspection and enforcement of workers’ and trade union rights and perhaps occupational safety and health rights.

A perusal of the regular Ministry of Human Resources’ Statistics on Employment and Labour (Statistik Pekerjaan dan Perburuhan) provides no figures of the number of inspections and case of enforcement of workers’ and trade union rights, apart from matters concerning occupational safety and health – even though the law provides for the power of inspection and enforcement of these rights.

This sadly suggests that Malaysia may not even be interested in protecting existing workers’ and trade union rights. These inspections must be done randomly and be based on information received.

Union-busting continues. Union presidents and leaders are easily terminated for issuing public statements. Union members are terminated for sending memorandums to election candidates to secure their commitment to struggle for better worker rights. Workers participating in legal pickets are arrested for ‘making noise’.

READ MORE:  Why we must move to 'new politics'

Union registration and the ‘recognition’ processes are delayed, not expedited – not just by government bodies but also by allowing long-drawn-out litigation initiated by employers in court challenging even minister’s decisions.

Malaysia finally introduced a minimum wage, which today is RM1,000 a month – an absurd figure given that the government itself acknowledges that families with an income less that RM4,000 are in need of government assistance ie BR1M (Bantuan Rakyat 1Malaysia).

Logically, assuming a family unit has two income earners, the minimum wage should be set at RM2,000. Again, with this, there were not only delays granted to employers, but also a lack of enforcement against errant employers.

Unions remain weak, for even when about 6,000 out of about 20,000 employees of Malaysian Airlines (the majority of whom) were unionised workers, were terminated, not even a single mass protest or legally permissible picket was held by these unions.

The labour movement in Malaysia may have been successfully weakened, and the reasons may not simply been the laws and government policies – but also a weak fearful union leadership and members. The unwillingness of workers and unions to stand up for their rights and fight for better workers’ and trade union rights is a major problem.

No struggle will mean no improvement. To depend solely on the government to bring about an improvement of rights is foolish, when victims fail to highlight violations or campaign for better working conditions.

It is good that some countries, as a matter of policy and law, today have adopted a policy that they will not enter into agreements and/or trade agreements with countries that do not at the very least have a minimum standard of human rights and workers’ rights.

In response, Malaysia started reviewing – with the intending of amending – labour laws, and it is hoped that this will still be done despite that fact the TPPA may be no more.

It is rather confusing, embarrassing and sad that some trade union leaders in Malaysia still consider Trade Union Adviser John Alfred Brazier, one of the tools used by the British to carry out ‘union-busting’ of the Malaysian labour movement in the 1940s, as the father of trade unionism in Malaysia.

But, of late, some unions have gone beyond just focusing on employer-employee issues to address other more pressing concerns: the socio-economic, political and cultural issues affecting the nation. These include the rising cost of living brought about by the introduction of new taxation laws such as GST, government failures, and possibly kleptocracy and corruption, which have caused significant losses of money and has had an impact on the economy of the country.

In the past, the MTUC and other trade unions endorsed and campaigned for some candidates contesting in the general elections. This saw the Umno-BN government reacting and removing temporarily the MTUC from its position as the body representing workers in Malaysia and at the International Labour Organisation.

There will always be risks in the struggle for rights and the question now is, what will Malaysian workers and trade unions do? Will they remain in the role that the British colonial government wanted, which seems also the same as what the present Umno-BN government wants? Or will they wake up and fight for better workers’ and trade union rights and for a re-emergence of a strong labour movement in Malaysia?

Without highlighting wrongs, violations and struggles for better rights, these issues and concerns will not be known to others. There will also be no pressure on governments and employers to protect and improve workers’ and trade union rights in Malaysia.

Will the election manifestos and policies of the political parties in Malaysia contain any commitment to improve the rights of and strengthen the labour movement? Will workers and unions choose to remain in the ‘restricted space’ provided for them by the British colonial government and now the Umno-BN government? Or will they finally break out and regain some of their old glory, strength, power and relevance?

There are about 14.6m workers in a country of about 30m-plus people. As such, they do have much power and say in not just the future of the labour movement, but also in Malaysia. It is sad when just about 100,000 Felda setters and their families can make their rights and welfare a major national concern while the many more workers and union members cannot. 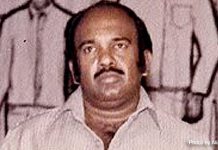