Malaysia should collaborate with Denmark and intensify our own push towards renewable energy, urges Benedict Lopez.

Few countries in the world can compare with Denmark when it comes to passion and determination in moving towards renewable energy.

While many countries have emphasised renewable energy only over the past two decades following the Kyoto Protocol on climate change in 1997, Denmark’s policy dates back to the 1970s, when the country was adversely affected by the oil crises.

Faced with this predicament, Denmark drew up a new framework to meet the country’s growing energy needs factoring in environmental considerations.

Consequently, issues related to renewable energy, power efficiency, waste and resource management, sustainble water operations, a clean environment and sustainable cites are etched in the mindset of the Danish people.

From the government to the people, there is a concerted effort to reduce the greenhouse gas emissions and ensure a clean and pollution-free environment. This mindset and effort is exemplified in Copenhagen, where about almost a third of the commuters cycle to work.

On every visit to Copenhagen, I took extra precautions when crossing the road and looked carefully at the cyclists as they whizzed by in lanes specifically earmarked for them. The joke in Copenhagen is that you are more likely to be hit by a bicycle than by a car!

Malaysia needs to inculcate such values in its people. Kuala Lumpur has made a good start by requiring all households to separate recyclable waste was non-recyclable. The print and electronic media should complement the government’s efforts in this area. In fact, the promotion of recycling, renewable energy and sustainable water management and the goal of reducing greenhouses gas emissions should also be etched in the minds of our people like their Danish counterparts.

In the light of Denmark’s experience and expertise, we should collaborate with them in promoting renewable energy, clean water supply and sustainble waste management. Denmark is now exporting its know-how and experience in these areas to other parts of the world.

Indefatigable push to be carbon neutral

Denmark’s Climate Commission released a report in 2010 which targets the country to be fossil fuel-free by 2050. The aim is to ensure that there will be no more fossil fuel generation plants emitting greenhouse gases, lead and noxious mercury into the air, water and soil.

Included in the report is also the elimination of cars, buses and trucks discharging pollutants and gases sensitive to lungs, whether human or animal. Manufacturing and service-related companies all over Denmark are now also working towards becoming carbon neutral.

Copenhagen is investing in wind farms, electric cars, bicycle paths and energy-efficient buildings in its efforts to become the world’s first carbon-neutral capital city by 2025. By then, it is expected that about 75 per cent of city transportation will take place on foot, bicycles or public transport. The forecast is for half of commuters to cycle to work by 2025.

Malaysia should also move towards becoming carbon neutral. For a start, our cities like Kuala Lumpur, Penang, Ipoh, Shah Alam, Seremban and Johor Bharu should take the lead.

Like Denmark, our government should formulate a blueprint and a target date to become carbon neutral or at least to drastically reduce greenhouse gas emissions.

While some countries are endowed with natural resources, Denmark is blessed with strong wind velocity. Capitalising on this invaluable natural asset, Denmark has developed a successful wind energy sector.

Wind farms are conspicuous all over Denmark, on land and even in the sea. I had always enjoyed the drive from Stockholm to Copenhagen, marvelling at the wind farms on land around Malmö and in the sea overlooking Öresund Bridge before reaching Copenhagen.

In addition to wind, solar energy is another source of renewable energy for Denmark. Solar photovoltaic (PV) is aimed primarily at residential areas and small businesses and used as a substitute for wind. Solar PV is a contingency measure for wind, and paradoxically, there is a synergy between the two: when the sun is not shining, wind velocity is at its swiftest.

Organisations in the forefront in promoting renewable energy include the Confederation of Danish Industries, the House of Green, Denmark and the Danish Wind Industry Association.

Sustainable economic growth, energy security and water supply are some of the paramount global challenges facing the world today. Denmark unbending resolve to be carbon-free by middle of the 21st Century should be used as a model by the United Nations in confronting climate change and reducing the greenhouse gas emissions.

True, Malaysia has moved somewhat towards renewable energy over the past five years through green economy initiatives, the Renewable Energy Act 2011 and the Sustainable Energy Development Authority (Seda). But the pace could be intensified. Malaysia’s potential for renewable energy generation is substantial, particularly from solar and biomass.

If Denmark is fortunate with the high wind velocity to develop the wind energy sector, then Malaysia geographical location near the equator offers advantages for the development of solar energy and biomass.

Sunshine most of the year provides the impetus for the push towards solar energy, while the our vast expanse of plantations offers a conducive milieu for biomass.

Increasing our supply of renewable energy enables us to substitute carbon-intensive energy sources and significantly reduce global warming and greenhouse gas emissions. Moreover, we would also be underscoring our commitment towards reducing global warming.

Governments and consumerist societies around the world have over the years been responsible for environmental degradation. Now is the time to make amends. The onus is on all of us to learn from the lessons of the past.

We have to immediately repair the damage done – not only for ourselves, but more importantly for posterity. The famous Danish philosopher, Soren Kierkegaard once said, “Life can only be understood from backwards, but it must be lived forwards.” 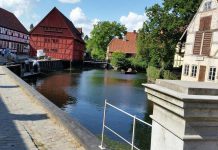