The Melaka Gateway project is set to turn Melaka from a historical jewel into nothing more than a shiny plaything for the international idle rich, warns Weezy La Boite.

From what we can gather, this is going to be a massive island project designed to capture the cruise ship market. KAJD Development are publicising the numbers – RM40bn in cost and 609 acres in size (why 09?).

They have an information office on the (failed) Pulau Melaka. According to the representative there, the company had to take over Pulau Melaka and promise to “refurbish” it in order to win this contract.

Apparently the PM has signed off on the deal already.

The plan is for two further, much larger, islands to be connected to Pulau Melaka. The latter, according to the artists’ impressions and model at the office, will actually get little more than a facelift. None of the shiny new buildings will be located on Pulau Melaka; so one wonders what its purpose will be in the new scenario (a parking lot, perhaps?).

In addition to the two new islands, KAJD is planning a 70-storey, seven-star(!) imitation of the sail-shaped building in Dubai in the middle of the lagoon and an “eco-isle resort” built on Pulau Panjang, a pre-existing island in the Straits.

This “eco-isle” appears to be in direct competition to the Eco-Marine Resort being planned further up the coast, off Klebang. How many cruise ship terminals and “eco-resorts” does one medium-sized city need?

This is not to mention the rival 20-acre Hatten City project in progress in the middle of the area to be developed by KAJD. Hatten’s promise that “Hatten City is built around wonderful open spaces and offers a panaromic view of the Straits of Melaka” will evaporate the moment the Gateway project begins. The view will actually be a panorama of the “Melaka Skyline Condominiums” on the middle island in the chain.

READ MORE:  Kerala - despite challenges, still in harmony with nature

According to an article on the i-Property.com website (7 February 2014), the Melaka Gateway project is expected to open its doors in 2018.

Some questions come to mind:

We can’t even remember when this project was started (10-15 years ago?), but it has been a conspicuous failure. The shophouses have remained empty since completion (well over a decade ago), and all subsequent plans to develop the island have failed. The ghost town surely signals a glut in the shophouse market, which doesn’t seem to stop rampant development of more shophouse complexes all over Melaka. To insist that KAJD takes over the island as a condition of further development is a cheap and sneaky way for the state to get rid of a big white elephant.
Marine tourism?

The “marine tourism market” seems to be the main driving force for this project. How big can this market be (especially considering the rival projects further up the coast – see “Eco-Marine Resort” mentioned above)? Exactly how many mega-cruise ships will be needed to make this project viable? The website advertises facilities for three simultaneous mega-cruise ships, 600 berths for other ships, and 100 “super-yacht” berths. How many of these will be used at any one time? What is the projected length of stay of any cruise ship? If passengers already have accommodation on board, why is there a need for so much hotel accommodation, especially the 70-storey “Beacon” hotel?

How exactly does one construct “heritage”? If passengers are supposed to be entertained solely on the island complex (and the “relocating” of the Jonkers Walk “concept” to the proposed “Melaka Heritage Esplanade” suggests this to be the case), then how will any of this benefit the people of Melaka? Visitors won’t have to go into the city at all.

READ MORE:  Can Tho evolves from ruins to resurgence

We have heard that in order to have such a project approved, the company needs to present both environmental impact and social impact studies. People in the communities immediately abutting the project area, notably the Portuguese Settlement and the Ujung Pasir neighborhood, have not seen any such studies. There are real fears that the project will have a serious negative impact on these communities.

What will be the consequences for the environment? The narrow band of sea between the island and the Portuguese Settlement/Ujung Pasir coastline will quickly silt up. This will become a muddy trash/sewage repository, especially when the tide is out, and will destroy the already fragile fishing grounds. With so many cruise ships and other boats expected to dock, there will be a significant increase in oil, trash, and other impediments in the water, leading to the total destruction of the cottage fishing industry and serious concerns about water quality. How are the people who depend on fish and fishing for income and sustenance expected to survive?

The price of failure

What is the likelihood that this project will ever be fully implemented? How far can it go before it turns into another Pulau Melaka? What will be the environmental consequences of failure? A totally spoiled environment on which Melaka’s “heritage” depends?

Melaka has gone overboard in building hotels and shophouses over the last decade. I thought there was already a glut, but there has been a huge increase in hotel building since last year. Acres of new shophouses lie empty. I can’t imagine how the hotels survive.

There has been no traffic planning to cope with the amount of traffic already on the road, so how will the city cope with the additional traffic generated by these rapidly escalating projects?

New mega hotels being developed near the Equatorial Hotel and Dataran Pahlawan shopping mega-complex abut the historical school district: SFI, Malacca High School, the IJC school, Bandar Hilir English School, etc., are all affected by this rampant development. The road junction is already a total disaster, with way too much traffic, too little parking, and roads that are too narrow for the volume of traffic.

Recognition by Unesco as a world heritage site highlights both the history and heritage of the city.

The Melaka Gateway Project’s prospectus closes with the sentence “KAJD welcomes world citizens to Melaka Gateway – where a glorious past presents the vibrant city of the future”. If the project is about celebrating Melaka’s place on the sea (and in history), it is actually building something that comes between Melaka and the sea.

Weezy La Boite is a world citizen worried about the future of Melaka’s unique heritage. 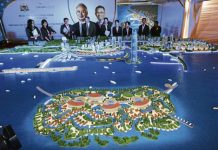 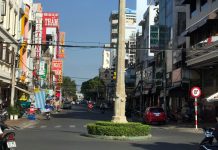 I think that this development could bring many advantages to some struggling people with roots in the city. I hope so for their sake as if they disrupt or try to discredit the people involved that maybe others will believe without loking closer. I love this city after only two visits, I hope I can enjoy more when this next stage of development is completed, it seems although the last attempt to develop the area the 2008 GFC got in the way, things are looking up globally so it’s a great opportunity if all stake holders are positive and make the visitors welcome. I’d like to see a movie made to show off a little known place even though it is already popular for many years, James Bond might like it.

Typical misguided idea of development, destroying the beautiful city, heritage and beautiful areas that many Malaccans grew up in by people who did not grow up in and enjoy those beautiful places. Idiots.

I’m about to buy a property in Atlantis residents kota laksamana, sounds so promising about melaka getaway in future, do u think its good investment??? Please advise

Malacca is one of the few remaining history-story telling lands left in the larger scope of modern Malaya. To constantly destroy parts of our history is taking away what little we hold on to. Every chance these monetary boisterous bullies find landing pads to fund and develop their pocket books, another adventure at the expense of the under-voiced is on the table. I think of my Convent School on Birch Road that was destroyed. Is it not ever enough for these exploits to know the difference between pride and prejudice? Piece mealing a settlement is cutting the vein from the core. The Portuguese people of Malaysia have given up much, what more can they hang on to but their homestead which is the water, the thread that brings calm and contentment to their daily lives.

Well written! i believe state of melaka is indeed lack of township planning. Not to mention about statiscal figures. All these shop lots and hotels are being build based on what facts & figures?

This is another one of the projects that would enable the Umno dorkys to (possibly) inflate the bills to be paid and most important of all without questions. Just like so many failed projects and all the white elephants before this the success or failure of the project is immaterial. We should know all these and also the reasons the reason why this country is in deficit and about to go bankrupt. Where will the beneficiaries be when this happens ?

AT the top with no accountabiity. The same place they manage to be…at the expense of others.