The magic of Gandhi is that his actions and ideas on how to fight injustice or spearhead change are universal and still relevant today, says K Kesavapany.

When I told a friend of mine that I was going to give a talk on Gandhiji, his response was, “What for? What is there to say? Look at the world around us – mindless violence, corruption, inhumanity to fellow human beings, particularly to women and children, corporate opulence in the face of grinding poverty, inequality of income brought about by unbridled capitalism. Does anyone heed Gandhi’s teachings these days?”

While accepting the validity of some aspects of my friend’s statement, I however felt that, even in this atmosphere of doom and gloom, there would have to be some uplifting messages as well. Hence, my search for such messages in Gandhi’s teachings and their impact on contemporary society.

Although Gandhiji’s life and work are well known, allow me to spend a few moments to dwell on the formative influences of his life.

Mohandas Karamchand Gandhi, endearingly called “Bapu” or reverently, dubbed the “Mahatma”, or the great soul, the founding father of modern India, one who successfully mobilised the seething masses of India and gave the Indian nationalist struggle its unique character, had pretty humble beginnings like most of us.

Unlike the other Indian greats like Netaji Subhas Chandra Bose or Swami Vivekenanda, he was no child prodigy. At his middle school at Porbander and later at high school in Rajkot, he was slotted as a mediocre student – he never outperformed others in school or at the playing field. In fact he passed his matriculation exam with difficulty, married and became a young father. Subsequently, while in Bombay he found it difficult to set up his legal practice because of his overwhelming shyness and instead returned to Rajkot to make a modest living drafting petitions for litigants.

If there was something that set Gandhi apart from other boys his age, it was his love for the Indian classics. From early childhood he loved hearing his mother narrate stories of Shravana and King Harish Chandra. In fact he was so enamoured by these two idealised icons of truth and unfailing moral courage that he would enact their stories over and over again during playtime. He later wrote: “It haunted me and I must have acted Harish Chandra to myself times without number.”

It is this very early identification with truth and acknowledging it as a supreme guiding principle, that was the sole extraordinary streak in a very ordinary boy and it was this quality that would shape the future “Mahatma” that we know today. The guiding principle of his life would remain “God is Truth”, which he would later amend even further to, “Truth isGod.”

This is what is unique about Gandhi – he is not a remote embodiment of a country’s idealised past or a mere receptacle of her cultural iconography. His philosophy is pragmatic; it is real time, emanating from the very tangible, humdrum, everyday Indian life and can be practised equally by the farmer who tills land or the city dweller who rides his two-wheeler through the smoke-filled streets of any metro. He acknowledged the same when he wrote in 1936: “There is no such thing as ‘Gandhism’, and I do not want to leave any sect after me. I do not claim to have originated any new principle or doctrine. I have simply tried on my own to apply the eternal truths to our daily lives and problems. I have nothing new to teach the world. Truth and non-violence are as old as the hills.”

It was in South Africa that Gandhi discovered himself – and the Western world of imperialists and expansionists, on their part, discovered an unflinching opponent who had the moral strength to relentlessly stand by his convictions. While fighting for the civil rights of impoverished Indian indentured labour, Gandhi realised the true implications of colonialism and exactly how discrimination against coloured people permeated the British Empire.

As his political views sharpened, it was during the 21 years he spent in South Africa that his philosophy of Satyagrahaevolved. Satyagraha, literally meaning devotion to truth, came to denote a non-violent resistance to injustice. Gandhi very quickly realised that the British with their overwhelming military power could not be defeated in battlefield confrontation but could be ousted with the collective moral opposition of an entire nation. But he also cautioned that non-violence with no implications of cowardice was the only option: “Where there is only a choice between cowardice and violence, I would advise violence.”

Gandhi returned to India in 1915 and eventually took leadership of the Indian National Congress in 1920. His philosophy of non-violent resistance gave the nationalist struggle a new lease of life and a new patriotic objective to the teeming millions. Gandhi in reinforcing his philosophy of non-violence had said, “An eye for an eye only ends up making the whole world blind.” As thousands of Indians welcomed their jail sentences or police flogging without a murmur, the nationalists proved the strength of their moral fibre and their faith in his leadership.

Gandhi, on his own part, realised that a fight for independence alone was not enough, his belief in truth and justice gradually widened to encompass a comprehensive humanitarian worldview. His social activism reached out to address the inherent wrongs of Indian society and sought justice for the untouchables as it did for the women. Indian women plagued by centuries of discrimination, were drawn out from behind their purdahand encouraged to actively participate in their country’s struggle for independence. On 11 August 1921, while addressing women compatriots, he wrote: “Let me confess to you that your spontaneous and loving response all over India has convinced me that God is with us.”

It is this humane appeal of his philosophy that makes Gandhi universal and helps him transcend time. He was not a great orator, mostly given to homilies on high moral value with only flashes of occasional humour and yet if he continues to inspire contemporary world leaders of the stature of Nelson Mandela or Daw Aung San Suu Kyi, it is because of his relevance in today’s world of anger and intolerance.

As Daw Aung San Suu Kyi began her long struggle to end the five decades of military rule in Myanmar, she openly acknowledged her personal admiration for Gandhi who, she remarked, had reconciled tradition and modernity in a manner she found most appealing: “In spite of his deeply ingrained Hinduism”, she wrote, “Gandhi’s intellectual flexibility made him accept those elements of western thought which fitted into the ethical and social scheme he considered desirable.”

At a press conference when Barack Obama was asked to name one person, dead or alive, with whom he would like to share a meal, he mentioned Gandhi (“though it would be a very small meal,” he quipped) and said that if it was not for Gandhi, the civil rights movement in the United States led by Martin Luther King would not have had its unique non-violent character.

Sometime back I was surprised to note that Apple, that icon of tech-savvy youthfulness had used Gandhi as an advertising model. The poster board had him sitting with folded legs in his customary humble Indian attire and said “Think Different”. That is the magic of Gandhi – he is historical, apolitical, a cult figure that comes to mind wherever there is need to fight injustice or spearhead change.

Let me end with two examples of Gandhiji’s teachings on present day social activism. First, the story of Krishnammal, 84 years old and her husband, Jaganathan, 92 of Chennai. Inspired by Gandiji’s emphasis on self-reliance, they joined Vinoobe Bhave’s Boodhan Movement, a non-violent social transformation of rural India. Through their efforts, about 4 million acres of land was obtained as donations across several states in India and distributed to thousands of landless poor. Paying heed to Gandhiji’s message that constructive work is the main hope of India, the couple launched several initiatives to uplift the lot of women and the Dalits. Theirs is truly an inspiring story of love and sacrifice.

Their son, Dr Bhoomikumar, follows in their footsteps and brings succour to the children of Cambodia through various programmes run by Caritas, the French-inspired humanitarian organisation. I would request my friend, Radha, to post this magazine on the Internet so that the translation of Gandhiji’s ideas into action by this remarkable family is made widely known.

On a lighter note, let me tell you about “Gandhigiri” – a way of dealing with people and making them realise their mistakes through gentle persuasion. In the town of Srinagar, Kashmir, traffic offenders are given a glass of water by the police and educated about their mistakes. They are also told about the risks to their own lives and those of others due to their errors.

According to an article in TABLA, a tabloid published in Singapore, “Gandhigiri is a relatively recent term that owes its origin to a Bollywood musical comedy of 2006 titled ‘Lage Raho Munna Bhai’ in which the ideals of non-violent persuasion advocated by Mahatma Gandhi were put into practice to address various problems faced by Indians in present day society.”

According to the Deputy Inspector-General of Police (Traffic) Shafqot Watali, in Srinagar the campaign has already started yielding results. He adds, “Many parents have started coming to us promising complete cooperation.

Perhaps this is a practice that the traffic police in our cities can emulate to address the mounting traffic problems we face.

As for my friend who made me sail on this voyage of discovery, I will tell him that like the messages given by our saints and sages through the ages, Gandhi’s teachings are eternal and will stand the test of time. It is up to us, and to succeeding generations, to remain true to them and put them into practice as best as we can.

The Gandhi Memorial Trust earns our commendation for dedicating itself to this noble task.

K Kesavapany is Singapore’s Non-Resident Ambassador to the Hashemite Kingdom of Jordan. The above was his address at the third Gandhi Memorial Lecture on 2 October 2012 on the occasion of the UN International Day of Non-Violence. 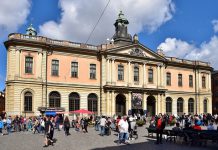 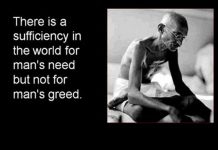