Alan Paton pays tribute to the legendary Chief Albert Luthuli, the 1960 Nobel Peace Prize winner, for his role in the non-violent struggle against apartheid.

On 21 July 1967, Albert Luthuli was struck down by a freight train while crossing a narrow railroad bridge near his home in the village of Groutville. A crowd of some 7,000 Africans and a few hundred whites gathered to pay final tributes to him on July 30, when he was buried in the graveyard of the Groutville Congregational Church. Alan Paton paid tribute to Luthuli’s memory in the following address delivered at the funeral service. Because Luthuli was a banned person, Paton was forbidden by law to quote anything Luthuli had ever said or written even prior to the time he was banned.

At the airport the crowd was tremendous. It surged into the main concourse; and when the flight was announced, it threatened to surge onto the tarmac. The authorities were afraid of this and wanted to control the crowd. Whom did they get to control it? Why Luthuli, of course. He stood on a chair or pillar and told them that no one was to go onto the tarmac. And no one did.

I do not think that on a occasion such as this one should talk what is called politics. But one cannot talk of Albert Luthuli and not talk about the banned African National Congress. It was to be the head of the Congress that he gave up his chieftainship. He put all his power as a leader, into the African National Congress. I have heard him speak on many occasions. He had a voice like a lion, and it was because he had a lion’s voice that he had to be silenced. So was silenced a great and noble man.

It is tragic that he is dead, but the real tragedy, which is not only his tragedy but the tragedy of us all, is that those great gifts could not be used, that his great voice could not be heard in the service of our country, South Africa. And we shall never reach the solutions that we all so desire so long as we have to silence such men in order to do that. And history will say, and because history cannot be banned I can tell you what history will say, that a noble voice was silenced when it would have been better for us all if it had been heard.

There are some people who think that his life was a failure. Some will think he went too far and some that he did not go far enough. But that is not the real story of his life. The real story of his life is the story of his fortitude. If you win in life, you are a successful man. If you lose, you are an unsuccessful man. But if you go on whether you win or lose, then, you have something more than success or failure. You keep your own soul. In one way Luthuli lost the world, but he kept his own soul.

Although he was silenced, history will make his voice speak again, that powerful brave voice that spoke for those who could not speak.

On behalf of the Liberal Party of South Africa, many of whose members have paid the price of their beliefs even as he did, I bring sympathy for Mrs Luthuli and her family, for the African people and for the people of South Africa. The sun rises and the sun sets, and tomorrow it rises again. 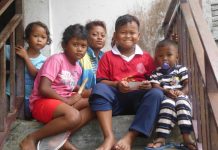 “You are not qualified to talk about my religion”: How to respond to attempts to close the public domain (Part 2)