Inspired by fashion accessories that stirred a storm, Dangerous Journey put pen to paper and rustled up three short poems.

A RM72 million diamond ring walked out of Jacob the Jeweller, NY.
It came on a long journey to Malaysia
And reached Putrajaya complete with tax exemption and Customs clearance
To adorn the fat finger of Fat Mama
When the expose was made
The nation was shocked at the extravagance
The indecent flaunting of wealth
The rakyat was struggling to make ends meet
The embarrassment was indeed great
Fat Mama decided to return the ring, so it was said
Nazri, “Defecto” Law Minister, said so too
True or untrue no one knows
People were made to believe the ring
Walked quietly back to Jacob the Jeweller, NY
End of story as usual.

Pearls, silks and web of deceit

CHOGM was held in Perth
A golden opportunity for Shopaholic Fat Mama
To go on a spending spree for pearls
A few hundred thousand worth of them
To embellish her stout neck
More, in Sydney she used proxies to buy silks
A few hundred thousand worth of it
To cover her bulky body and pretty herself
Denials-plenty of it came swift
End of story as usual.

The Fantasy Treasure Bra is designed by London Jewellers
Is valued at US$2.5 million (RM7.8 million)
Available at Victoria’s Secret in New York
Made up of pearls, citrines, aquamarines
And 142 carats of diamonds
The tassel centre piece is adorned
With two white diamonds over eight carats each
And two yellow diamonds over 14 carats each
Truly a dream bra for every woman to dream for
Dear Malaysians, don’t be surprised
If Fat Mama has ordered one, given her insatiable desires
To uplift her sagging assets. 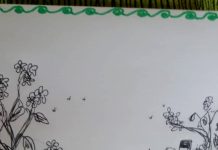 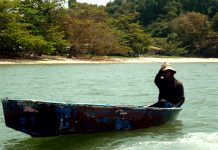