In a perverse way, the Barisan Nasional has achieved what it could not through its sloganeering — a growing number of Malaysians united in purpose, writes A Malaysian.

Ahmad Fuad Ismail, the Datuk Bandar of Kuala Lumpur, failed us when he forgot that he was a public servant and instead, became a servant of the ruling party of the day.

Hishammuddin Hussein failed us when, even after the experience of Bersih 2.0, he oversaw, as Home Minister, the unnecessary violence wreaked on an almost wholly peaceful gathering of citizens who merely were out to state their concerns over what they see as a flawed electoral process. And to rub salt into the wound, in the aftermath, Hishammuddin sought to justify the unwarranted violence.

Najib Razak failed us when as Prime Minister of all Malaysians — regardless of whether they support him or not — he uttered not a squeak to ensure his flock (and as citizens, we are his flock) were facilitated in gathering peacefully to voice their concerns.

The mainstream newspapers — The Star, the New Straits Times, Berita Harian and, but of course, Utusan Malaysia — failed us yet again when they sought to justify the wrongs and entrenched their position as propagandists rather than the chroniclers of truth that they are supposed to be.

And while the police and the ruling party may want us to believe that the organisers of Bersih 3.0 also failed us, I disagree because everything that Fuad and the authorities did to prevent citizens from gathering at Dataran Merdeka, I believe, was a formula to encourage a few hotheads to breach the barriers and they got what they wished for — an excuse to blame the organisers.

Some, like the New Straits Times, say the organisers should have taken the option of gathering at Stadium Merdeka as offered by the authorities and that would have prevented any incident. Really? Why not argue that if Fuad had allowed Dataran Merdeka as a venue, there would not have been any incident either? But Fuad acted as if Dataran Merdeka (Independence Square) — an oxymoron after Saturday’s events — is his personal turf. Why so adamant, Fuad? Independence is not only yours to savour; it is ours as well.

Support the struggle to build a Malaysia based on Justice, Freedom, Solidarity:
READ MORE:  Coalition of women's groups condemns efforts to amend Act 355

I have never voted for the opposition parties in my life. Now, months towards retirement age, I will ashamedly say that every election that I have been eligible to vote, I blindly marked X next to the dacing symbol. Yes, I had my concerns about issues. But I always felt that the Barisan Nasional was the better alternative, despite its shortcomings, despite its corruption and abuse of power, despite its authoritarian ways.

But in recent years, many a time I have looked up and asked the Almighty, is this what we deserve — a choice between bad and slightly worse? When Bersih 2.0 took to the streets in July last year, I stayed away, monitoring their progress on the news portals. I believed in their cause but I was one of the many who asked what use it would be to gather like that. Nothing would change.

But, like the many who were appalled at the way our ordinary fellow citizens were herded up like cattle and bundled into Black Marias to Pulapol and who were appalled at the way the authorities and the mainstream media tried to lie to us in subsequent days that there were only 6,000 “violent” protesters, and that they arrested a quarter of them, I decided then that I would be at Bersih 3.0. I believed then that whether things changed or not, I would be there to tell this government, this ruling party that I have supported for more than 30 years, that I, too, want them to change things.

There have been so many accounts in cyber world of “My Bersih 3.0” experience — some heart wrenching, some angry, some bitter and some, in the spirit of all the great religions of this world — Islam, Christianity, Buddhism and Hinduism — urging forgiveness and asking us to move forward.

But this is what I saw.

I saw friends who had never shown an interest in politics coming with their wives and children to say they wanted free and fair elections, because rightly or wrongly, they believe that the electoral system is flawed. They were not there to be violent.

I saw in the narrow alleys cutting through to Lebuh Ampang, a group of young and old Muslims, praying as a Jemaah in their distinctive yellow T-shirts. They were not there to be violent.

I saw many mothers and their teenaged daughters; fathers holding up small children. They were not there to be violent.

I saw the normally reticent Chinese, many young people among them, taking to the streets — either in green “Stop Lynas” or yellow Bersih tees.

I saw this refined old Malay gentleman, well dressed and in his 60s, holding on firmly to an equally distinguished looking Chinese gentleman of similar age, marching to show that they were friends, united in a cause. I saw this elderly Chinese lady, caught by a skull-capped, bearded Pas Unit Amal, as she almost stumbled and fell while taking photographs. I heard him say: “Aunty, jaga-jaga sikit. Jangan jatuh…”

I saw the lawyer-type Indian gentlemen and ladies marching proudly, side by side with their spouses and children, laughing and joking in between chanting “Hidup Bersih!” I saw them passing water bottles to those who did not have any; I saw them aiding the old; I saw them carrying the young; I saw — after such a long, long time — Malaysians who represent the spectrum of the Malaysia that should be, united in purpose.

None of them was there to be violent.

Many a time I choked up — like when they burst into the national anthem and despite the heat and the rush of bodies, trying to stand at attention. Like when they played around with the huge yellow balloon, pushing it from one to another, like a carnival.

Like when I saw the children and fathers of different races looking out for each other, offering a tissue or a sweet, holding up umbrellas for the old.

Like when this teenaged Chinese boy asked me: “Uncle, why you not wearing yellow?”

Like when the old Kelantanese man — whom I knew not from Adam — spoke to me in Jalan Tuanku Abdul Rahman: “Dah make? Make dulu. Lama nak tunggu. (Have you eaten? Better eat. It’s a long wait.)”

Who, I ask myself, among them was there to be violent? To whom should we pose this question?

Tell us, Dr Mahathir Mohamad, you who ruled us for 23 years and brooked no dissent — who among this crowd of elderly to very young, representing the ‘1Malaysia’ you all pay lip service to, who were the violent ones out to overthrow the Government?

Perhaps there were some amongst the tens of thousands who were carried away and broke the barricades. Perhaps it’s a sign of the level of trust and confidence that people have in their government that some believe agents provocateurs planted among the crowd started the trouble. But pray tell Hishammuddin and Ismail Omar — what justification was there to punch, kick, tear gas and baton charge so many of us who were on our way back and were so far from the scene of the incident? Our pain and our blood are on your hands.

Barisan Nasional has not learnt from the past. They do not listen. They only want us to listen.

In a perverse way, the Barisan Nasional has achieved what it could not through its sloganeering — a growing number of Malaysians united in purpose.

That spirit, Najib, you cannot break, no matter how many baton charges, how many beatings, how many tear gas canisters and how much chemical-laced water you throw at us. You know why? Because you failed us. 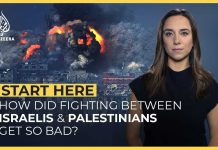 Sorry to say but this government got to go. They dig themselves so deep in corruption that now they have nowhere to go. While those idiots who are protecting them are still remain as idiots.

In case there is anyone left who hasn’t seen
this. Bit more than ‘a few hothead’ wouldn’t you say? and who gave the ‘go ahead?’ See for yourself.

They are also many among us true and loyal Malaysians who did not join us at Bersih 3.0 failed us! They did not joined us because they are fence-sitters, or they have not enough courage or spirit or commitment, or they cannot forego their one day salary because of family’s needs.

But they could make amends for their absence from Bersih 3.0 by joining BERSIH 5.0 to vote for CHANGE. My friends proposed that we skipped Besih 4.0 because it has been tainted by the samsengs and mat-rempits who showered hatred at our Bersih chairwoman at her home in KL.

The Bersih 2.0 organizers and their 84 NGOs have decided and started the campaign to galvanize more Malaysians to vote in the coming 13th. GE. Why not give this campaign a face: BERSIH 5.0.

Well said. Like you, I a 69 year old,came out for the first time to demo with my 65 year old sister, her 72 year old husband, their 38 year old son in law, her 68 year old brother in law..we came with a bottle of water and we were energized by the old, young, women, men of all races…violence from us?