Bad news comes in the form of worrying sexual crime statistics. Prema Devaraj highlights the importance of providing opportunities for victims to articulate their needs and have their rights secured. This will go some way in empowering the victims.

Nationwide, victims of sexual crimes are growing in numbers. Police statistics indicate that yearly several thousands of people (mainly women and children) report being victim to some form of sexual assault or molestation (such as rape, sodomy, sexual harassment, incest, outraging of modesty).

Table 1 highlights the number of police reports made across the country on rape, incest and molestation over a three-year period, amounting to 18117 such reports. (Police statistics are a mere indication as many victims do not report sexual crimes.)

Many of these victims who report these crimes seek assistance at a variety of state agencies (e.g. police stations, welfare offices and government hospitals). Others may go to private hospitals, service centres or women’s groups in the community. And then of course there are many who do not report the crime or seek assistance.

Women’s groups have been working with victims of sexual crime for a number of years. Experiences related by many victims indicate that while their injuries are attended to and a report is taken for investigation, there remains a lack of understanding of the victim’s trauma, rights and the need for support. Victims are sometimes even blamed for the crime committed against them.

There is a dire need for service providers who work with victims of sexual crimes to be aware of and be involved in victim advocacy i.e., taking action to help victims say what they want, securing their rights, representing their interests and obtaining the services they need. This article looks at some initiatives of victim advocacy and key issues in providing support.

Some initiatives of victim advocacy

The Ministry of Health, after lobbying by women’s groups, directed the setting up of the One Stop Crisis Centre (OSCC) in the emergency departments in major hospitals throughout the country (in the mid 1990s) to facilitate the care of victims of sexual crimes and domestic violence. The OSCC is an example of a victim advocacy scheme, which recognises the need for centralised care for such victims.

The OSCC is meant to enable multi-disciplinary management of the client in one place to reduce further trauma and difficulty i.e., accessing help from different units or agencies, repeating their story a number of times and so on. The client is meant to get necessary medical services (obstetric and gynaecological, forensic, psychiatric, paediatric, and surgical) as well as access to a medical social worker.

In addition, there is multi-sectoral and inter-agency networking which enables access to social welfare, police, the legal aid bureau, religious groups and non-governmental organisations (NGOs). For example the OSCC Hospital Pulau Pinang liaises with the Women’s Centre for Change, Penang (WCC) to provide support to sexual crime victims on an on-call basis.

Approximately 100 OSCC have been established in government hospitals throughout the country (Bernama.com, January 2008, ‘One Stop Crisis Centres for domestic violence victims’). However many people are still unaware of this advocacy scheme and the support available to sexual crime victims.

Feedback regarding OSCC services have shown that this scheme is only as good as those involved in its implementation. The quality of services at OSCC can vary from hospital to hospital (i.e. postcode disparity), given staff skills, understanding and sensitivity to the victims’ circumstances.

Very recently, it was announced that triage rooms would be set up in police stations for interviewing victims traumatised by the crimes committed against them. According to newspaper reports, the triage rooms were piloted in five police stations last year and will now extend to 30 police stations in Kuala Lumpur, Selangor, Penang and Johor (NST and The Star, 22 September 2011 ‘Specialist Cops for the traumatised’). This move would seem to indicate recognition that victims of crimes can be traumatised, feel fearful or ashamed by what has happened to them and need to be handled sensitively.

It must be noted that a physically conducive environment for traumatised victims of crime alone is not enough. The skills and the sensitivity of the IO are equally important for victim support.

When a victim of sexual assault seeks help at a police station, it is crucial that she (also includes male victims of sexual crimes) has access to a supportive environment where she feels comfortable and safe enough to divulge as much information as she can. If however, she feels unsupported (insensitive questioning during interviews, disbelieving attitudes, inappropriate or unprofessional behavior by officers), she may not disclose certain information or she may withdraw her complaint.

It is important that full information is obtained so that crucial evidence is not neglected and that thorough investigations can take place. Respecting the victim and honouring the trust a victim has placed in the police necessitates that the investigating team conduct the best possible investigation into the crime to secure all evidence necessary for the possible prosecution of the perpetrator.

The situation facing victims trying to access justice from the courts is dismal. Firstly, police statistics show us that less than 10 per cent of rape cases reported result in a perpetrator being charged in court (NST, 14 November 2010, ‘Suffer the molested children’).

Research into closed sexual crime cases in the subordinate courts in Penang (2000-2004) by WCC Penang, showed that the conviction rate for rape was only 5.9 per cent in cases which went to full trial (i.e., when the alleged perpetrator did not plead guilty)(‘Seeking Justice for Victims of Sexual Crime’, (2009) Lochhead J and P L Tan).

The same research also indicated that in many instances, the victims dropped out of the trial process. WCC’s experience with victims of sexual crimes in court indicates that often, victims are intimidated and disempowered by the court process. Many do not understand the process, are not supported during the period of the trial, and find the process itself traumatic, especially having to face the perpetrator in court, recount the incident, and cope with aggressive questioning by defence lawyers.

Some women’s groups, including WCC, have tried to fill this gap by holding watching briefs on behalf of their clients (this is where a lawyer attends court to ensure the rights of the client are represented during the trial proceedings) and by providing direct support to their clients in court (accompanying the victim to court, explaining the process and providing emotional support). Both of these initiatives have been found to increase the support the victim feels during the judicial process, but much more is needed.

True commitment to victim support in court would also entail agencies working to secure better conviction rates or working out trauma counseling compensation schemes for victims or ensuring the implementation of legislation which allows the victim to address the court prior to a sentencing.

These are some examples of different forms of securing a victim’s rights and representing her interests in court. It is unclear why the government has yet to implement victim advocacy schemes in court as an established right of victims.

So while advocacy schemes like OSCC are better established, other schemes like triage rooms in police stations or victim support in court need to develop or develop further to match the existing need.

Advocacy schemes apparently work best when advocates (i.e., service providers) work in partnership with the victims they support. This translates into consultation with and feedback from the victims regarding their needs to determine what works best for them and what does not.

It is sometimes said that victim advocacy in its fullest sense really promotes social inclusion, equality and social justice. So while working towards an ideal situation where schemes (structures) for victim support are instituted, one must also look at the role service providers play (or not!) in supporting victims.

Some key issues which need to be considered include:

1. Acknowledgement of the victim as a person

Service providers are the front liners when dealing with victims of sexual assault. Their responses and treatment of the victim are crucial to her emotional well-being.

Sometimes, the victim becomes just a case number. The victim’s reality – the difficulty in lodging a report, her feelings of being violated, embarrassed, humiliated, angry or sad – is not taken into consideration.

It is not uncommon to notice that some service providers do not even make eye contact with the victim or remember a victim’s name. Others have been known to make insensitive comments or speak as if the victim is not in the room. Key to victim advocacy is the acknowledgment and treatment of a victim as a person.

This can result in the victim going through a second victimisation during the reporting or investigative or judicial process. It is crucial to the victim’s healing process and her self esteem that she is believed and not blamed.

Respectful communication and intentional listening are essential to a victim’s well being. In addition, she should be given accurate and adequate information. She should be given the right to ask questions, voice opinions and to receive relevant information regarding procedures, time lines, what to expect, feedback on her case or options she has.

This helps to validate her as a person, keeps her informed and encourages her to participate and be in control of her recovery.

When a sexual crime takes place, the perpetrator is in control of the situation. The victim is disempowered and violated, to various degrees, in the process of the crime. When she seeks help at a hospital or at a police station or when her case is heard in court, she has little control over what happens.

Gaining back control is a fundamental part of a victim’s healing process. Service providers can help this process by consulting with the victim and giving the victim, when opportunities arise, the chance to make choices and decisions for herself.

Victims of sexual crimes (and their families who are the secondary victims of the crime), need to know their rights and be informed that there is support available for them and how to access this support.

Often, a victim may need advice or emotional support through the investigative process, the judicial process and later on for coping with possible post-traumatic stress disorder (e.g. flashbacks and depression). Support must be visible and easily accessible not just for those lodging reports against the crime but also for those who have not made reports.

Currently, there is hardly any form of community victim support or public announcements or advertisements about support for victims of sexual crimes. Usually after a report is made or the investigations or trial is over, victims are usually left to cope on their own, the best they or their families can.

Victim advocacy – institutional, procedural and attitudinal – is crucial to the recovery of victims. The sooner the need for victim advocacy and its actual scope is understood, the sooner steps can be taken to work towards its implementation. This must involve government commitment in terms of policy and budget (set aside for the funding and training of staff in these schemes) and an implementation strategy to ensure sufficient and sustained support.

With an opportunity to articulate their needs and have their rights secured, victims can be empowered to move on as survivors. And we, the community around them, the service providers and policy makers, must stand with and for them.

Dr Prema Devaraj, an Aliran exco member, works with the Women’s Centre for Change in Penang. 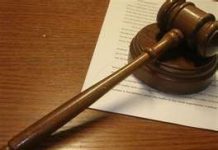