Now is the time to find a way to prevent a confrontation on the Korean peninsula, says Wooksik Cheong.

While there was a huge impact on the sinking of the Cheonan ship on 26 March, there is also a significant impact on Northeast Asia as well. “The flapping of butterfly’s wings in Brazil can bring about a disastrous tornado in Texas.” Like the butterfly effect, the Cheonan incident poses a danger of triggering a cold war in Northeast Asia.

Relations between the North and South, which returned to the Cold War era after President Lee Myung-bak took office, are turning into a fierce confrontation after the Cheonan incident. South Korean allies, the US and Japan, are actively supporting the Lee administration and trying to raise the level of pressure and sanctions on North Korea. However, North Korea’s long-time friends, China and Russia, which also adopted an equal distance diplomacy towards both North and South Korea after the Cold War, have quite different responses. They raise questions on outcome of the Lee admini-stration’s Cheonan investigation, expressing awareness to South Korea, US, and Japan, which are attempting to push North Korea into the corner on account of the Cheonan incident. Ostensibly, it can be said that a confrontational structure is re-emerging.

The imbalance in the six-party talks can be explained by the different perspectives of geopolitics in Northeast Asia. The Obama administration’s ambition of making allies with Northeast Asian countries in order to restrain and contain China has capitalised on the Cheonan accident and succeeded in restoring the US-Japan alliance. The US has realised the original bill of relocation of the Futenma air base within Okinawa, which was the ‘hot potato’ between the US and Japan. Though Japanese Prime minister Hatoyama resigned, the Cheonan incident was used as a method to calm down the opposition in Japan caused by accepting US demands. Also, the US has got the “bond” and this will lead the US-South Korea alliance to the way the US wants.

In addition, a South Korea-US joint naval exercise, which is expected to kick off in West Sea, is seen as military restraint against China as well as armed protest toward North Korea. So China is seriously responding to this issue. One of the Chinese national newspaper editorials, titled “Yellow Sea no place for US carrier” mentions that “the deployment of a carrier off China’s coast is a provocation that will generate hostility among the Chinese public towards the US.” China’s perspective is well presented in this part. It is a warning sign toward the US-led Northeast Asia alliance system, which seems to have become strong and rigid on account of the Cheonan incident.

The fundamental problem is that even if the six parties say they want “peace and stability in Northeast Asia”, there is a huge difference in ways and methods. The US, Japan, and South Korea, the three nations that concluded that North Korea was a suspect in the Cheonan incident, claim that taking strong action against North Korea will help both the Korean peninsula and Northeast Asia achieve peace and stability. On the other hand, China and Russia, nations having huge doubts about the outcome of the investigation, are demanding “calmness and restraint”, mentioning that retaliation against the North will result in increasing tension including military confrontation.

These responses from China and Russia, adjacent to the North Korean border, are based on concerns that the imminent state in the Korean peninsula could undermine their critical interests. Unlike Japan, which is between the Korean peninsula and east sea, or the US near the Pacific, China and Russia are considering the geopolitical implications. This is why China and Russia are keeping an eye on the conflict in the Korean peninsula. Surprisingly, however, the South Korean government, which is right next to the demarcation line close to the North, does not care about this imminent situation much more than the US and Japan do and it is getting ready to fight against North Korea. This attitude is based on a significantly dangerous ‘strategic miscalculation’ that is recognised as ‘reunification through absorption’.

US on two tracks, South Korea on one?

The Cheonan accident has a critical impact on the six party talks as well. First, North Korea, China and Russia are generally positive with the earliest resumption of the six-party talks; however, South Korea, the US, and Japan are adopting a passive attitude towards the six-party talks on the Cheonan incident. Of course there is a difference. South Korea is going towards one track of Cheonan diplomacy, which is under the strong basis of ‘No need to resume six-party talks without solving the Cheonan incident’. On the other hand, the US is trying to approach this with a two-track approach. It is trying to reach the conclusion that the North is guilty and to push forward with denouncement and sanctions against North Korea. Furthermore, it is expecting denuclearisation on the Korean peninsula through six-party talks. The US’ diplomatic dogma against hostile nations, dealing with both ‘sanctions and dialogues’, can be confirmed in the Cheonan incident.

However, it can be said that not only South Korea’s single track but also the US’ two-track approach cannot be successful. The two tracks – ‘carrot and stick’ and ‘sanctions and dialogues’ – will definitely cause similar reactions from the North. North Korea has reacted against South Korea, US, Japan with the slogan of “Confrontation as confrontation, dialogue as dialogue”. Moreover, North Korea has been demanding that the lifting of sanctions be conditional on the resumption of six-party talks. In this situation, if there are some additional sanctions on the North, which argues its innocence, or if a statement denouncing North Korea is adopted from the UN Security Council, we can hardly expect the possibility of the resumption of six-party talks. Once the UN Security Council adopts a statement denouncing North Korea again, it is likely that North Korea, which gave us a warning of a ‘ultra hard line actions’, will counter by launching long-range rockets or with a third nuclear test.

The concern that the Cheonan tragedy might lead to new cold war in Northeast Asia is just an idle fear, and it is better for it to remain as an idle fear. There are three things that need to be resolved:

First, is to reinvestigate the cause of the Cheonan sinking. Not only North Korea but also China and Russia are raising questions on the outcome of the Lee administration’s investigation. In this situation, the matter will get worse if the US, South Korea and Japan force North Korea with denouncements and stringent sanctions against the North. Some say that it is more realistic if there is a joint investigation team from North and South Korea, US, and China.

Third is the resumption of six-party talks within the earliest possible time. There has to be continuous investigation of the truth of the Cheonan incident, and it is obvious that it will take a huge amount of time to get to the truth even if the joint investigation team of four nations works together. In this sense, carrying out investigation into Cheonan first and then holding six-party talks afterwards is not an appropriate approach.

There have to be new ways of thinking that the Cheonan sinking is emphasising the necessity of constructing a regime that upholds peace and denuclearization on the Korean peninsula with the earliest resumption of six-party talks. Now is the time to find the way to prevent a confrontation on the Korean peninsula and a new Cold War in Northeast Asia.

Wooksik Cheong is a representative of the Peace Network in Korea 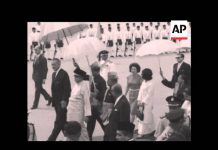 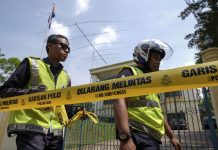 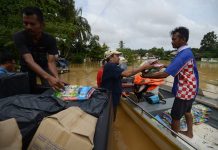 On flooding, education and the call to moderation