Challenges to press freedom have emerged as opposition parties run into difficulties in renewing permits for their party newspapers. Such obstacles strengthen the  suspicion that the BN government doesn’t take kindly to criticism, observes Mustafa K Anuar in our cover story.

What else do the authorities want to control, wonders Soon Chuan Yean. Cartoons and T-shirts as well, apparently. These restrictions unfortunately limit people’s choice of what to read and even what to wear.

On a brighter note, Aliran hosted a successful fund-raising dinner in KL in June. Thanks are due to all our supporters and friends in the Klang Valley, as well as the artistes who generously performed at the event. Wong Soak Koon reflects at ‘People First, Democracy Now’ dinner. The event rekindled hope in those present that the future would bring about a people’s government where democracy really means something. But, as Aliran president P Ramakrishnan asserted, democracy only works when people claim it as their own.

The spotlight also falls on marginalised communities as Yogeswaran reminds us of the Orang Asli’s struggle for their land rights. Angeline Loh, meanwhile, tells Malaysians that apart from weeping for Gaza, we should also display the same compassion for the migrants and asylum seekers in our midst.

Finally, we take a look at regional developments in Thailand, where a military crackdown has restricted civil liberties, and in South Korea, where relations with the North have chilled following the sinking of the Cheonan ship. Martin Khor rounds off this issue by warning against an over-dependence on exports in China and other East Asian nations. 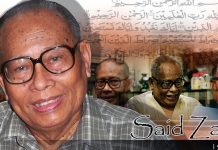