A new sense of solidarity and regionalism has developed among Latin Americans, writes Francis Loh.

While I was in Caracas, there was opportunity to learn more about the political ferment that is occurring, not only in Venezuela, but throughout Latin America. Of course, the ferment has something to do with Hugo Chavez’s coming to power some ten years ago in 1998.

Significantly, Chavez’s ascendancy occurred in tandem with the emergence of a new set of Latin American political leaders who have been critical of neo-liberal globalisation, which had adversely affected their countries. Against this backdrop, the independent-minded Luis Inacio Lula da Silva, a former labour leader, emerged as Brazil’s president. It was Lula who helped to facilitate the inauguration of the World Social Forum in Porto Alegre (although he has been attacked in a more recent Forum). Spurred on by a popular revolt against the defaulting banks, Argentinian leaders, especially now under Cristina Kirshner, have been emboldened to defy IMF rules and (with the help of Chavez) have bought themselves out of the IMF’s clutches. Chile’s Michelle Bachelet, a socialist and physician, whose father, a general, was tortured by the US-backed Pinochet regime, has restored democracy and resumed socio-economic reforms..

Political changes in the less well-reported (at least for Asians) Latin American countries have been even more dramatic. The leadership changes there have coincided with the rise of a new political consciousness among the majority Indian populations. Thus Evo Morales and Rafael Correa, both Indians, have emerged respectively as presidents of Bolivia and Ecuador. Meanwhile a popular radical Catholic bishop presides over Paraquay.

In Caracas, one was reminded time and time again of the widespread and deep admiration that Latin Americans have for Fidel Castro. In spite of US hostility and its economic embargo, Cuba has survived, indeed, developed impressively. A radical nationalist like Fidel, Chavez aspires to emulate Cuba’s development model and in so doing has drawn the world’s attention to just how successful Cuba has developed its preventive health and medical services and its comprehensive educational system. Yet this Cuban model which could have been adapted by many Asian and African countries was hidden from their sight by American demonisation of this brave country. It is also in this context of Cuba in the backdrop that one understands the on-going political ferment in the region.

A related aspect of this ferment is the new sense of solidarity and regionalism that has developed among Latin Americans especially among Cuba, Venezuela, Bolivia, Ecuador and Paraquay. In December 2006, the presidents and envoys of 12 Latin American countries, hosted by Evo Morales, met in Cochabamba, Bolivia, to study the idea of setting up a continent-wide community like the EU. The result was adoption of a set of principles that would pave the way towards such a union. Unlike Asean (which stresses economic and political cooperation), these principles include declarations on promoting ‘human rights’ and ‘democracy and pluralism’ (specifically, respecting the rights and dignity of native peoples, Afro-descendants and migrants, minorities, promoting gender equality, recognising the contribution of social movements and civil society, etc. See www.art-us.org/node/190).

To date, some of the initiatives include the launch of Telesur, a new pan-Latin American TV channel based in Venezuela, in order to break western media monopoly and developing Petroamerica, an integrated energy system for the region. Under its auspices, a gas separation joint venture project involving Bolivia and Venezuela has been launched. Other initiatives include studying the proposal by Ecuadorian president Rafael Correa to develop a land-and- river trade link from the Brazilian Amazon rain forest to Ecuador’s Pacific coast and incorporating Argentina, Brazil and Venezuela into Mercosur, the South American trading bloc. Unasur (Union of South American Nations) is the name that has been given to this future Union.

The regionalisation of Latin America is spurred on by Chavez’s dream to re-unite the peoples of the region who, he argues, used to be one. This dream underscores the initiative called ALBA (Bolivarian Alternative for the Americas) which emphasises the ‘integration of peoples’ rather than the economies. Apart from Venezuela, Cuba, Nicaragua, Bolivia and the Dominican Republic have become members of ALBA. Under ALBA auspices, some 30,000 Cuban doctors, dentists, specialists and other health workers have served in Venezuela. In exchange, Cuba has enrolled several thousand Venezuelans in their medical schools. A spin-off from this project is the establishment of the Latin American School of Medicine in Cuba, which trains not just Venezuelans but students from other Latin American countries. In fact, with the launching of Petrocaribe, Venezuela nowadays provides petroleum at concessional rates to ALBA and other Latin American countries via ‘barter trading’ arrangements. For instance, in exchange for cheap oil, Argentina provides tractors, seeders and other farm technology while, apparently, Uruquay provides ‘pregnant cows which provide a lot of milk’.

The significance of these small steps towards greater Latin American solidarity cannot be over-estimated. For traditionally, the US opposed such initiatives. Consequently, the Latin American countries had to face the US empire independently. Hence, it was always easy to remove independent-minded leaders upon the threat of US military intervention or economic strangulation as was the case in Chile in 1973 and the Sandinistas in the 1980. Significantly, in 2002, the US-backed coup against Chavez was protested by other Latin American leaders. Indeed, the coup was overthrown from within by pro-Chavez popular support, something unprecedented in the long history of military coups in Latin America. 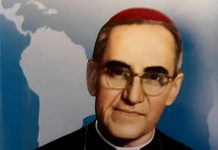 50 truths about Hugo Chavez and the Bolivarian Revolution