If it was not for the Opposition, there
would be no goodies or development for the people, says P Ramakrishnan. Where there were no
contests when certain candidates were returned unopposed, the BN did
not spend even a single sen in that constituency.

All the money that is now being dished out was sorely needed even before this election campaign period. But why was this money not available then? A caring government would not wait for an election to behave as Santa Claus. It would have done the right thing when the need was there.

If it is seen to be generous now it is simply because the BN is desperate to win. It is approving all kinds of projects and releasing millions of ringgit just to ensure its victory.

You remember Ijok and the recent by-election there? Ijok, a rural constituency which hardly saw its assembly member, was suddenly swarming with so many BN politicians pouring in money and bringing in overnight development running into almost 100 million ringgit.

If there had been no contest, Ijok would not have received anything! It would have remained a forgotten and neglected area with no one losing sleep over its unfortunate situation.

The same thing is happening now. Goodies are pouring in by the lorry loads! What is being promised and given to the Chinese and Indian Malaysians is mind-boggling. Chinese schools are allowed to relocate with funds provided; new Chinese schools can now be constructed when it was no-go all these years; farmers are given land and grants.Tamil schools are given huge allocations when in the past it was a miserable sum. Twenty years of begging for a Thaipusam holiday yielded nothing, but all of a sudden it was given for Selangor and Putrajaya.

According to Malaysiakini a whopping RM125,580,000 was promised from the end of December to 14 February. It is very clear that what is dished out does not come from the generosity of the heart but is given out of fear of losing the support of the Chinese and Indian Malaysian communities. It is bribery – bribing to buy votes to remain in power.

Voters should ask why this could not have been given when the election was not on the horizon. Voters should now punish the BN for not being sincere in their motive and resorting to bribery to win votes.

Voters must play smart and realise how much more they will be given the next time if they elect the Opposition this time! Voters have everything to gain – a double bonus – by voting for the Opposition. 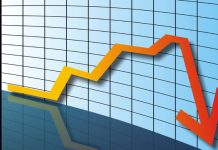