These amendments are discussed below.

•    The Constitution (Amendment) Act of 1960 amended Article 114 (4) to provide for the removal from the SPR of any member who ‘engages in any paid office or employment outside the duties of his office’. This was an attempt to remove the then SPR chairman, who had displayed much independence and was non-partisan in conducting the re-delineation of constituencies in accordance with the Merdeka constitutional provisions. (Among other things these provisions required that the disparity among constituencies be not more than 15% from the average constituency size). His removal failed.

•    The Constitution Amendment Act of 1962 was another attempt to remove the SPR chairman but it also increased the government’s powers of control over the SPR by empowering parliament to determine the terms of office of the SPR. More importantly, the constituencies earlier delineated by the SPR were annulled by the Act thereby retaining the 1959 constituencies. The method of apportioning constituencies among states then in use was also repealed. The new 13th Schedule was added to the Constitution with two important consequences. First, the pre-independence 2 to 1 rural weightage (lowered to within 15 percent of the average constituency as recommended by the Reid Commission) was restored. Second, the power to determine constituencies was transferred from the SPR to the party in power. Henceforth the SPR would only delineate and recommend new constituencies to the prime minister who would then table the changes in parliament where only a simply majority sufficed. The PM could also make changes to the recommendations “after such consultation with the SPR as he may consider necessary”.

•    The Constitutional Amendment Act (No 2) of 1973 removed the power of the SPR to apportion constituencies among the various states. Both the number of constituencies and its apportionment among the various states are now specified in the Constitution (Art 46) and thus amendable at any time provided it receives two-thirds’ majority support. The Act further replaced the 1962 requirement contained in 2c of the 13th Schedule, with respect to the 2:1 variation in the size of constituencies, with a new stipulation that “a measure of weightage ought to be given to such (i.e. rural) constituencies”. This new wording remains till today allowing for rural weightage but without clearly limiting it.

•    The Constitution (Amendment) (No.2) Act of 1984 removed the upper 10 year limit for constituency reviews. Thus reviews do not need to be conducted even after 10 years. More importantly, a new clause to Article 113 provides for the review of any affected area by the SPR whenever there is a change in the number of seats in parliament or any state assembly. This means that the party in power can effect a change in the constituencies at any time and for any portion of the Federation or any state by merely varying the number of seats in the Dewan Rakyat, or those of a state assembly.

The above clause further absolves all such reviews from strict compliance with the principles of  constituency delineation contained in the 13th Schedule. These latest amendments give the ruling coalition much flexibility in reviewing constituencies. Other than the SPR initiating a review after 8 years, the government of the day can change the number of seats in parliament or the state under its control, and then require the SPR to conduct a review. And this can be done without adhering to the rules binding normal reviews.

In effect, the ruling coalition has assumed effective control over constituency delineation as well. The review can be conducted earlier than 8 years since the last review. There are no longer clear limits to rural weightage. And all reviews are subjected to the PM’s amendment before being submitted to parliament for a simple majority approval. Under the circumstances, the rules of constituency delineation are henceforth largely nominal in nature intended to lend legitimacy to the wishes of the ruling coaltion. 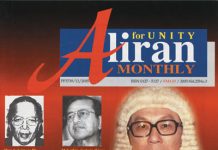 Assault on the Judiciary