The actors in the conflict must be trained to see the other for his or her humanness. Their faith perspectives should be drawn to express the inclusive nature of the human family. Linking the transcendent with values provides a foundational basis for common understanding. Fear has to be neutralised.  In the shared concern for the future, we must find the resources, the capacities and the possibilities for Peace, urges K Haridas.

I recently attended a conference on the theme ‘Humanity in War’ with the subtitle “Even wars have limits”. Organised by the Asia Europe Institute and the International Committee of the Red Cross (ICRC), the conference advocated ‘International Humanitarian Laws’ which are critical in times of war and violence. Within the context of the theme, one immediately sensed the paradox of associating humanity with war.

Yet, what do we mean when we use the term ‘humanity’. This transcending and unifying notion is critical in this era of globalisation. Without an inner sense of human dignity, it would be difficult to accept on par issues of diversity and plurality that confront us globally. The humanness of the human being rooted in our common sense of conscience is in essence what humanity represents. Through reflection and silence, we can expand our hearts and minds to understand the otherness of the ‘other’.

This is why ‘war’ is basically criminal. In killing one another, we inflict harm and violence to the body of humanity. War more than any other means has been the underlying cause for the negation of faith and hope. War breeds greater violence and sustains a climate of fear and hopelessness. War itself has to be criminalised. In the end, the question remains: what have we learnt from wars and violence?

Yet, the UN clearly recognises war as lawful in circumstance where self-defence is the rational next option. At best, the military can serve as a source of deterrence. Wars today are not really an option that should be exercised. However humanised war may be, it remains fundamentally inhumane. Weapons today are more sophisticated, precise and deadly. These can be delivered presently from several platforms ranging from tanks, ships, submarines, and fighter jets to unmanned aerial vehicles.

The United States is now working on hypersonic drones. These can select targets the world over within two hours. With cluster bombs and depleted uranium munitions the outreach is over a wide area enough to cause what is now commonly referred to as collateral damage. The weapons of the future will integrate nanotechnology and robots.

Killings and the infliction of damage will be more precise. The temptation to test such weapons will also effectively drive the desire for war amongst major players

Despite protection provided by international humanitarian laws and the Geneva Conventions, increasingly more and more civilians end up as casualties of war. In the First World War, the average was 20 combatants to 1 civilian, in the Second World War, this increased to one combatant to one civilian. In the national liberations wars, civil wars and more recent events, it has increased with the ratio being one combatant to nine civilians. The Human Security Centre at the University of British Columbia, Canada highlight that 90 per cent of those killed in today’s wars are civilians with women and children disproportionately victimised by armed conflict.

Is there a better option than war and violence?  I suppose the answer lies in our quest and commitment to peace. Diplomacy has failed us because fundamentally this seems to serve ‘interests’ and not principles. The United Nations has fundamentally been reduced to a platform where nations barter interests. A diplomat once said that “war is a continuation of diplomacy by other means”. Combined with the instrument of the ‘veto’, the UN at best seems to serve the exercise of power and selective interests.

A commitment to the spirit of humanity and the pursuance of human dignity must enjoin us in our quest for Peace. This requires serious commitment, one that seeks no other options. This must ensure that conflicts are addressed in a more holistic manner. Issues and underlying tensions need to be flagged. Dialogue, negotiations, alternative dispute resolution processes must all contribute towards promoting understanding and trust. Human security issues must be developed to ensure that basics such as health, food, employment, environment and mobility are available to the disputants.

Dialogue must ensure that power distances between the parties to the conflict are narrowed. Promoting dialogue without tackling the equation of power often leads to failure. When addressed, these provide the means and the confidence for ensuring that initiatives for peace and understanding are continually sustained. Other key ingredients include the need for changing attitudes and motivations. There can be no peace without justice, no justice without forgiveness and no forgiveness without honesty. An agenda for reconciliation must be in place. The realisations from one conflict can often provide the basis for human dynamics in inspiring attitudinal change in the resolution of another.

The actors in the conflict must be trained to see the other for his or her humanness. Their faith perspectives should be drawn to express the inclusive nature of the human family. Linking the transcendent with values provides a foundational basis for common understanding. Fear has to be neutralised.  In the shared concern for the future, for our children, grandchildren and for humanity, we must find the resources, the capacities and the possibilities for Peace. In doing so, we ennoble one another in a quest that is crucial for the future in an increasingly interconnected global environment. 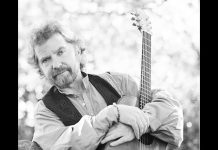 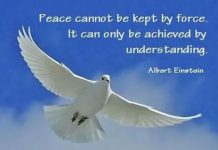