The decision by the Federal Court in the Lina Joy appeal by a 2-1 majority cannot be authoritative enough for the decision to be a strong precedent from the highest court in the country.  In the public interest, the panel should have been a larger one.  In fact, in view of the significance of the issue involved, the full bench of the Federal Court should have sat to determine it, says Karpal Singh.

In my view, the majority judgment of the Federal Court is far from right.  Determining whether a person has renounced Islam is within the realm of Islamic law and the right authority in the Sharia Court militates against the provisions of Article 11 of the Federal Constitution which provides for freedom of religion in the country.  The framers of the Federal Constitution did not have in mind any obstacle in the form of a prerequisite to resort to the Sharia Court before renouncing Islam.  In fact, there are several states in the country which do not have the rules and regulations to renounce in a Sharia Court.

Detaining Muslims who want to renounce Islam in rehabilitation centres for long periods is a unreasonable obstacle in the way of freedom of religion.  In the case of other religions in the country, there is freedom is choose one’s religion without any obstacle being placed in one’s way.  It should be likewise in the case of Islam.  I call upon the Government to repeal Article 121 (1A) of the Federal Constitution which came into force in 1988.  Before then, there was no controversy of freedom of religion in the country. I also call upon the Federal Court’s decision to be reviewed by a 9-member bench.

Karpal Singh is an opposition Member of Parliament

Constitution must be followed even in times of crises – Bar 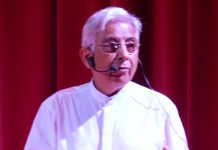 Returning to the Constitution’s path of moderation