In our cover story, P Ramakrishnan looks back at the Ijok by-election (‘buy election”?) and its implications for Keadilan, which didn’t stand a chance with all that media, money and machinery  pumped into the constituency during the campaign. Have Keadilan and Anwar been destroyed by the result?

Jeyakumar Devaraj warns that the Australian consultant hired by the Health Ministry has proposed a neo-liberal health financing scheme. This proposal would treat health care as a commodity and rely on market forces to match supply and demand, he points out, in a critique endorsed by the Coalition Against Health Care Privatisation.

Angeline Loh contributes two pieces. In the first, she expresses dismay at attempts to smear the work of the United Nations Commissioners for Refugees. And in the second, she expresses concern  that the plan to raise the number of police personnel could bloat the ranks of those who revel in “hunting” down undocumented migrants. Caram Asia, for its part, highlights the increasing trend to restrict the freedom of movement of migrant workers in Malaysia and Thailand in a misguided move to curb crime.

In an interview with Fomca’s Indrani Thuraisingham on the threat of genetically altered rice, Jennifer Mourin and Anne Haslam point out that the number of rice farmers in Malaysia has been dwindling. 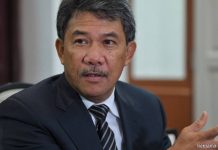 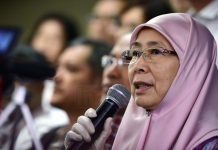