There is enough evidence to show how language, race, religion and colour are exploited to divide human beings, points out K Haridas.

We live in a nation where race is a reality that impinges on our lives in so many ways. Yet, the fact remains that the notion of ‘race’ or even ‘ethnicity’ is not a norm or a value. It is at best an issue of identity. This identity factor has continued to provide the political basis for governance over the last fifty years of independence.

When this factor of identity is elevated to a norm or a value then we do injustice to ourselves. Race is not a norm like justice, love, equity or fairness. When race takes precedence over such normative values then it does so at the expense of justice, fairness and oneness. Our political process continues to elevate race as a factor. This is undermining the real work of unity building.

While positive discrimination is a tool for achieving social justice it must at best remain a tool or a process. We should be careful not to elevate this to the notion of a right or a privilege for to do so would breed injustice and undermine unity. Further, this also denies the very best of all religious teachings. Processes and tools need re-visiting in a changing reality.

What was good and appropriate for us in the 1970’s need amending and adjusting or even re-evaluating in the decade of 2000. To persist with it is to lock ourselves into a mindset that is inappropriate to a growing consciousness within the nation. So many of us of different races have grown up in this nation, drunk from its waters, grown from the vegetation of this land and been endowed with a love for this nation. Vision 2020 calls for a new social agenda and processes that are in keeping with the aspirations of today’s generation.

However, with all the bonding and feelings that we experience we have often to face the challenge of race. To feel left out, to be considered the ‘other’ or to be accorded a different status by virtue of race or religion is to deny the notion of unity. We need to address these areas of contention through continuous dialogue. We must grow together as time marches on and evolve a sense of belonging that transcends the ethnic factor.

To do otherwise is to let reality shape us rather than be formed from within. We are human beings first before any other consideration. Every race in this nation has to find that capacity to transcend this dimension. In doing so we become Malaysians. However, are the enabling factors like policies, approaches and benefits appropriated in a manner that strengthens the sense of belonging of all citizens?

Every divide is part of the humanness of the human being. Life is about diversity. This very diversity, however, can be exploited to deny the sense of humanity. There is enough evidence of how language, race, religion and colour are exploited to divide human beings. At the same time, these challenges provide us with opportunities to grow, to transcend and to love the ‘other’. This remains the fundamental call of all faiths.

When we read stories or listen to experiences of people who have sacrificed for the ‘other’, or responded or even forgiven it touches our spirit in an ennobling way. Our hearts are warmed by the humanity that is expressed. The future lies in the hands of those who have this capacity and for them diversity is an enrichment and never a fear. Being human precedes becoming a human being whatever your race, religion or background may be.

Justice was never won without personal sacrifice – whether measured in time volunteered, energy devoted to a cause, or financial support generously given. We need your support in our struggle for justice. Your contribution no matter how small will be like a droplet that builds up into a wave of change. Click here to subscribe. if you would like to contribute financially. 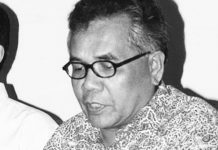